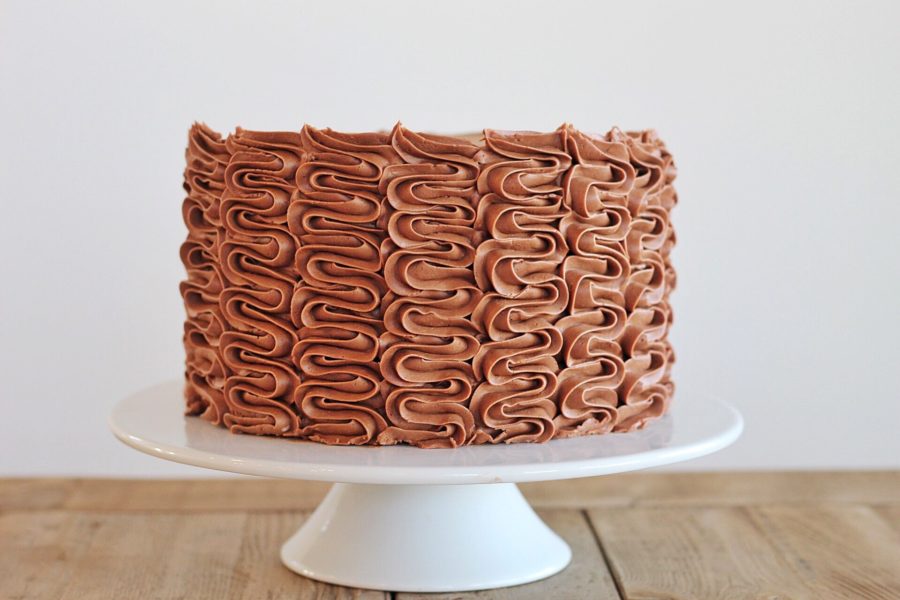 Many of you may not know that in addition to making cakes and raising my two children, I also freelance in television research. What does that mean exactly? I basically travel around the country moderating focus groups about new or existing television shows. I’ve been doing it for over 13 years now, and aside from not getting much sleep while on the road, I still really enjoy it!

Anyway, while traveling for  a while back, I was thinking of new cake ideas, with the specific intention of coming up with something new to celebrate my wedding anniversary. Ryan and I both love my chocolate cake, so having that as the base of the cake was a no-brainer. I also wanted to do something completely new. I mean, we could eat my Chocolate Salted Caramel Cake, Chocolate Peanut Butter Cake, and the Tonight Show Cake over and over again, but I was in the mood for something new. 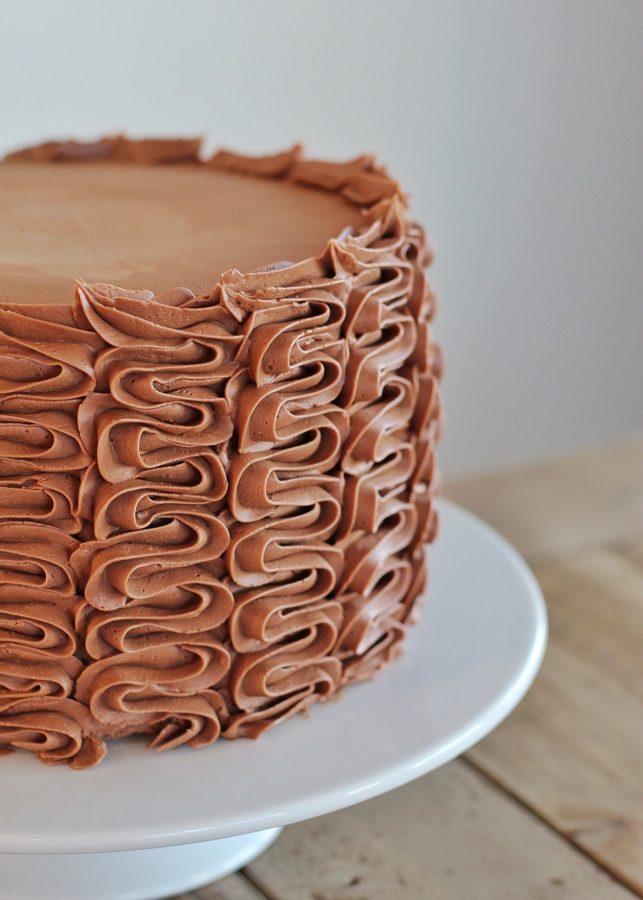 As I sat on the plane early one morning thinking about what I could do for our anniversary cake, the idea for this one just hit me like a bolt of lightening.

I’ve done a chocolate cake baked on a graham cracker crust and loved the crunchy texture it adds to the cake. So, to change things up a bit, I swapped out the graham crackers for pretzels and then added an adapted version of the Milk Bar Liquid Cheesecake for my chocolate chip cheesecake filling. I love this filling because it’s not as dense and rich as regular cheesecake. This cheesecake filling is creamy and smooth, and the tangy flavor pairs well with the sweet and salty combination already going on with the pretzels and chocolate. To top it all off, I used a light, silky chocolate buttercream, which you’ll find nearly impossible to not eat straight off a spoon. 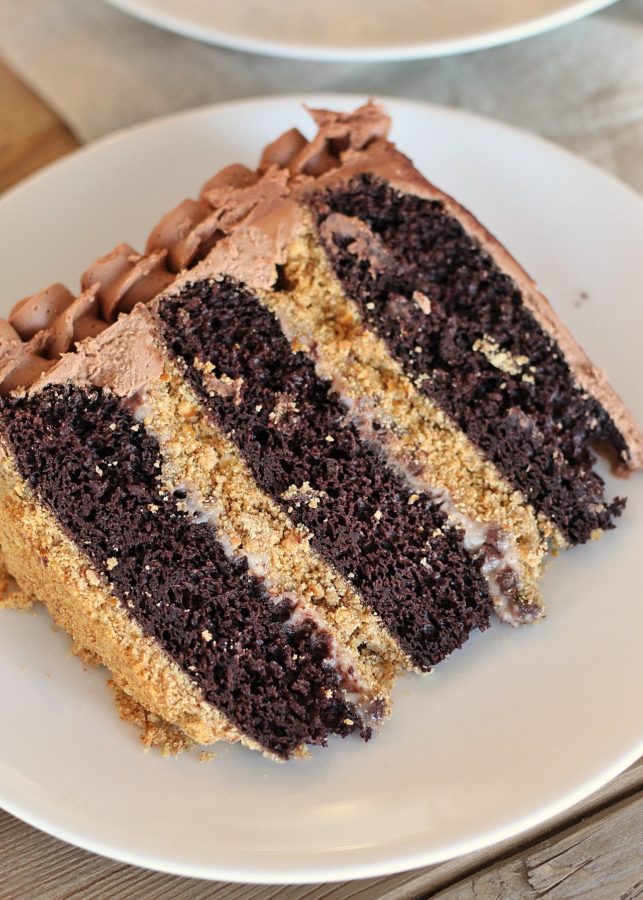 Look at those layers! Make sure to take a bite with everything in it so you get the full experience of this cake. 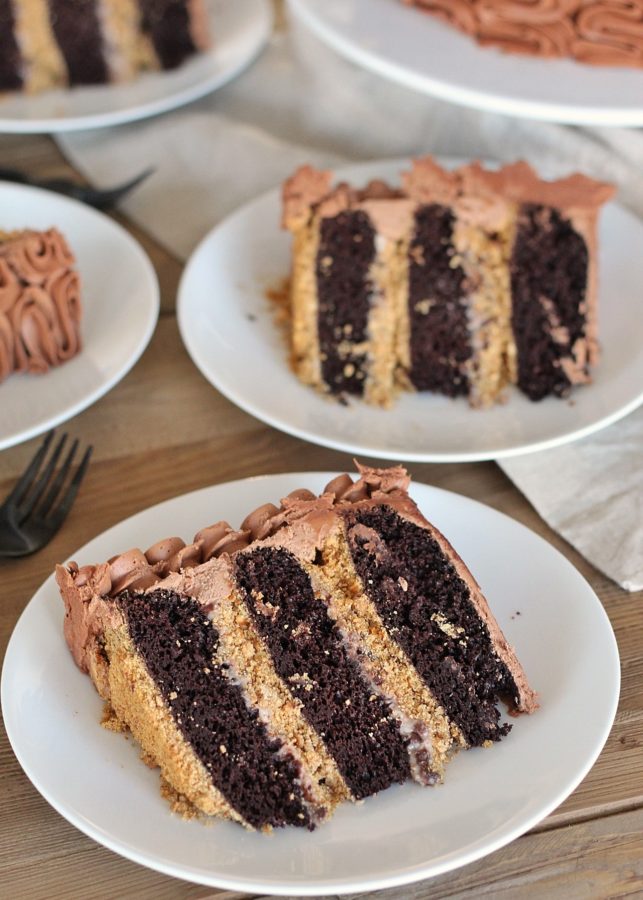 And one quick note – make the cheesecake filling the day before and keep it refrigerated in an air-tight container so it’s ready to spread but sturdy enough to hold up the cake layers. 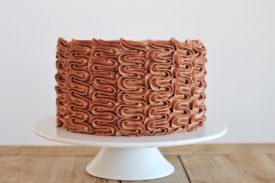 For the Pretzel Crust

For the Chocolate Chip Cheesecake (adapted from Milk Bar)

For the Pretzel Crust

For the Chocolate Chip Cheesecake