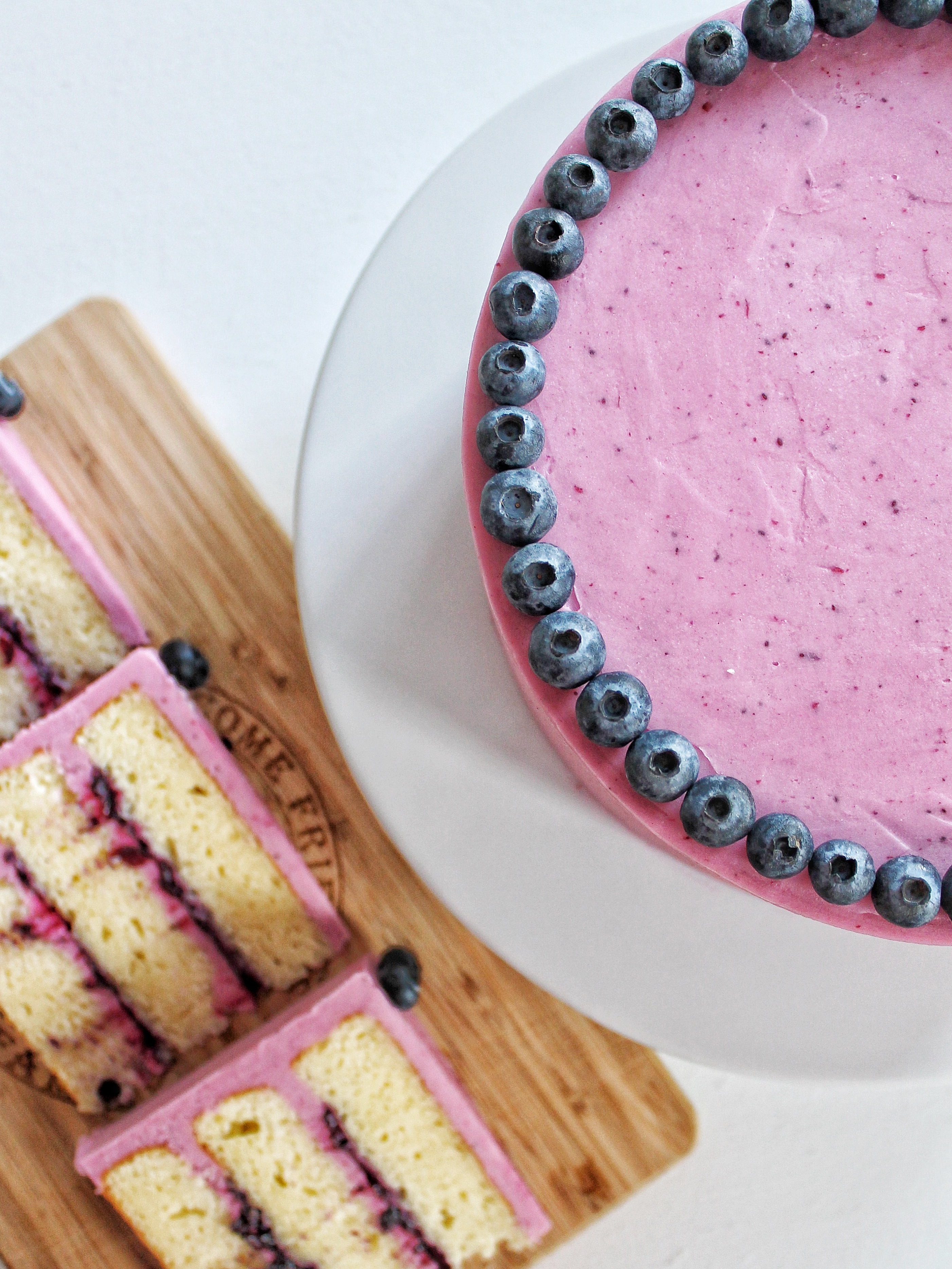 I’m so excited about this gluten-free vanilla cake with mixed berry frosting!

I’ve had a lot of requests for gluten-free cake recipes. The only gluten-free recipe I have so far is my Gluten-Free Chocolate Cupcakes, which use quinoa instead of flour. Yup, you heard that right, quinoa! You have to try them before you knock them. The quinoa is cooked, blended, and totally disguised in a rich dark chocolate flavor.

Up until those cupcakes, I had been fairly hesitant to bake anything gluten-free – mostly because I associated gluten-free with coconut flour based desserts, which are always so dry and bland. (Ugh, no thanks!). However, those cupcakes turned out SO good, I began to have high hopes for all gluten-free desserts.

After the chocolate cupcakes, I began to experiment with gluten-free chocolate chip cookies. I tried a few recipes that didn’t hit the mark for me, but during my research discovered the brand Cup 4 Cup, which makes an all-purpose gluten-free flour. As I read reviews, I  was excited to learn that it was apparently a great alternative to regular all-purpose flour. 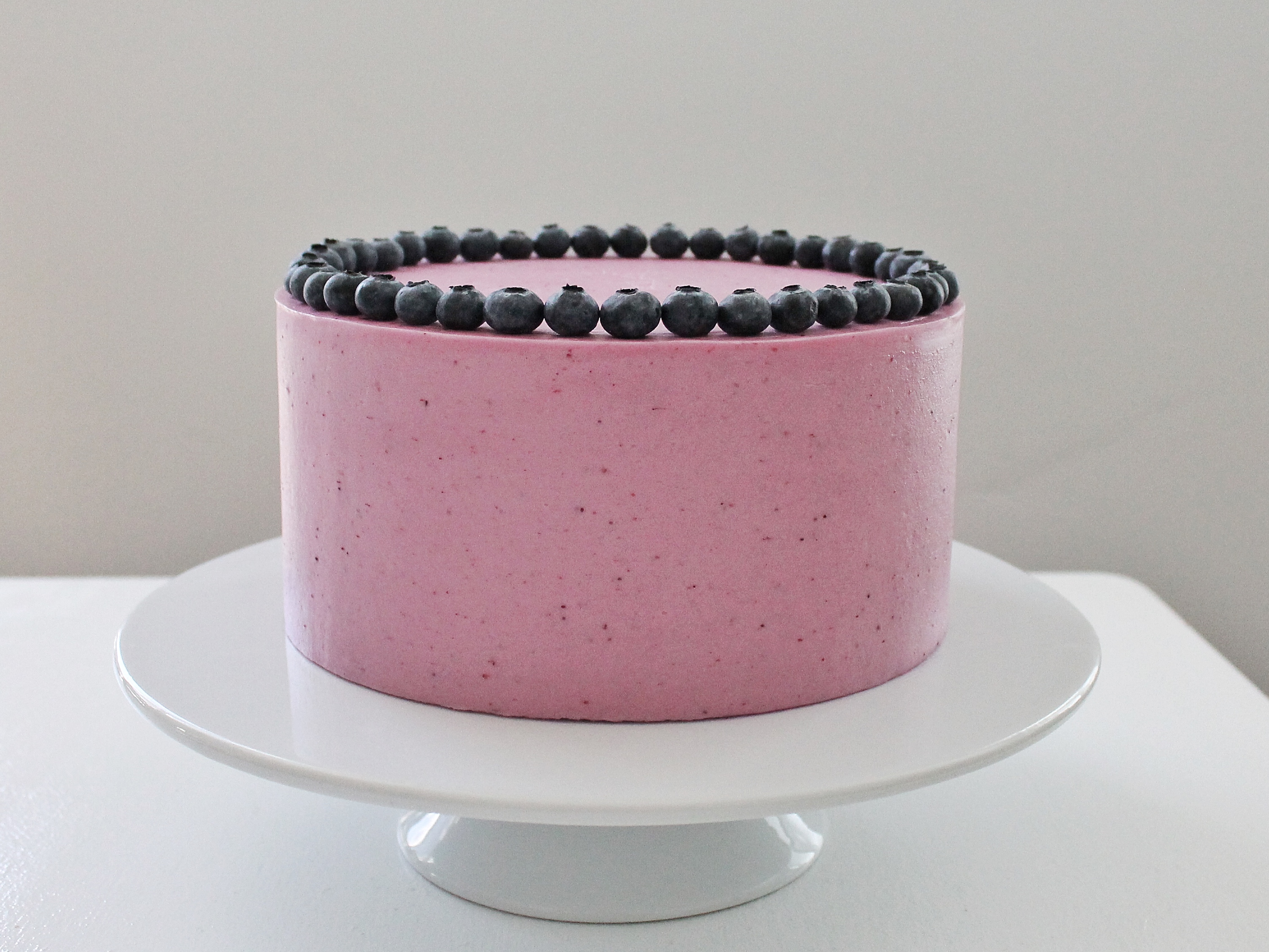 I was intrigued and tried it in some chocolate chip cookies. The result? Very impressive substitution, in my opinion! I had tried almond flour, coconut flour, and several other gluten-free alternatives and didn’t think any of them came close to the texture and flavor of good ol’ all-purpose flour.

The next step was to try Cup 4 Cup in one of my cake recipes. With my Peach Crisp Cake being my latest obsession, I decided to use the vanilla cake from that recipe as the test run with Cup 4 Cup. I followed the recipe almost exactly, just substituting the Cup 4 Cup flour for my regular all-purpose flour. 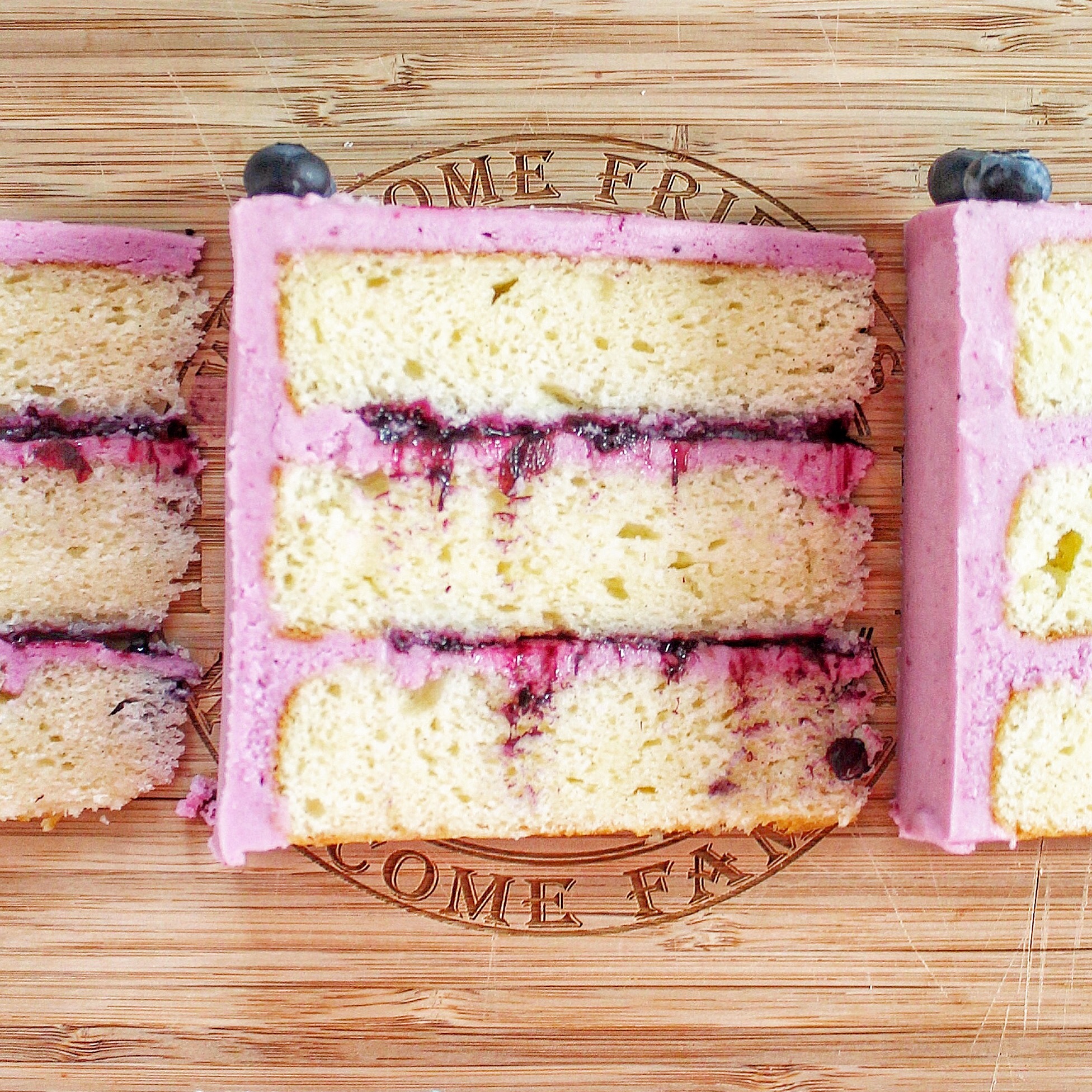 I made the cake exactly as if I was using all-purpose flour and found the batter to be just as flavorful and tasty as the regular version. The one difference I noticed was that the batter was somewhat sticky. I feared this meant the texture of the cake would be rubbery, but I was wrong. (Yay for being wrong sometimes!). The cake bakes beautifully and tastes delicious. The layers are tender, moist and full of that wonderful vanilla bean flavor. 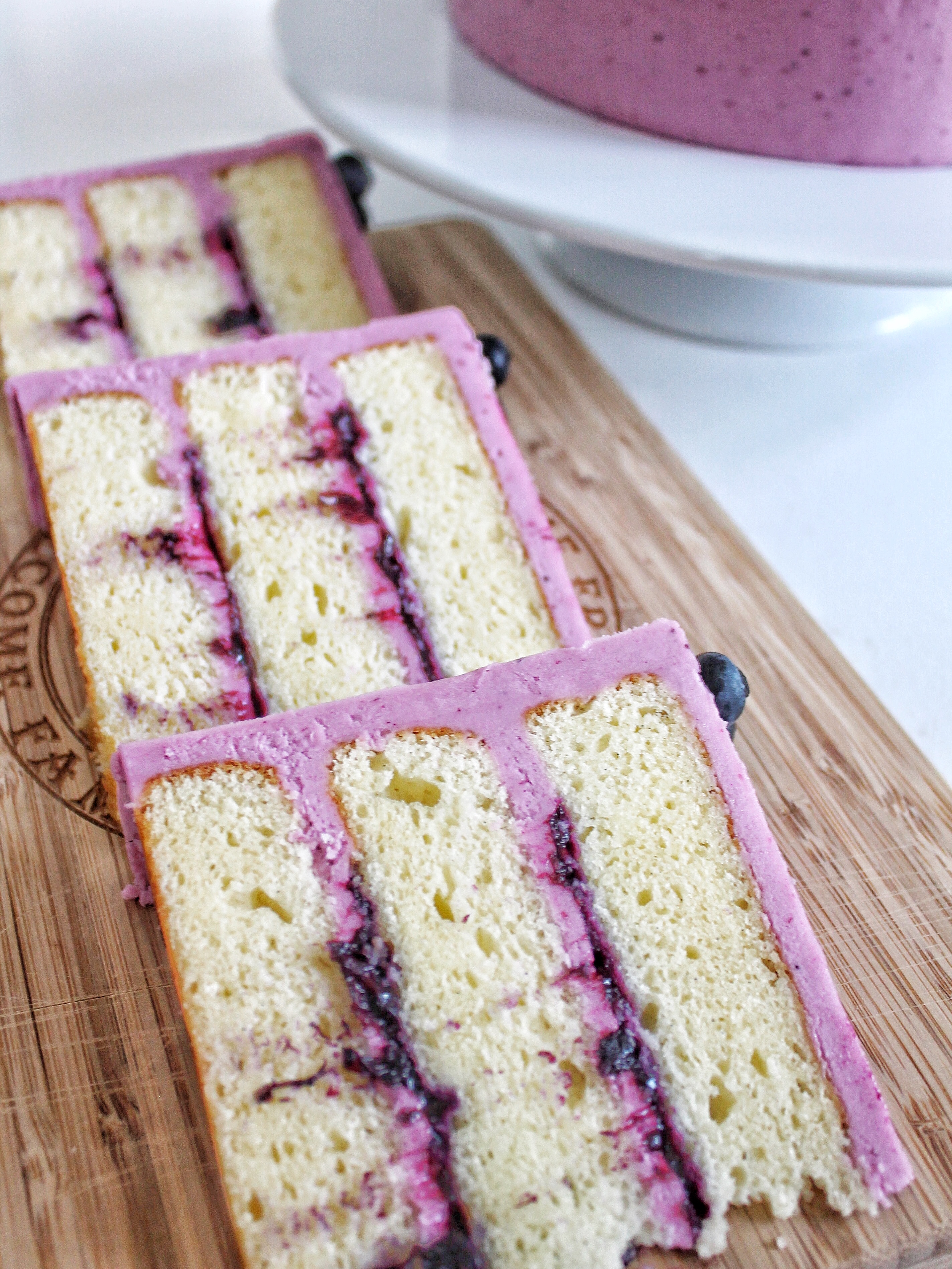 As with any cake, you want to watch the baking time closely. For me, this cake was perfect at 23 minutes. I like to see a little crumb on my toothpick when I give it a poke. I’m always worried I’ve over-baked my cake if the toothpick comes out totally clean. You can also tell that your cake is about done baking when the edges of the cake start to pull away from the pan. Just remember that your cakes continue to bake for about 5 minutes while they cool in the pan. 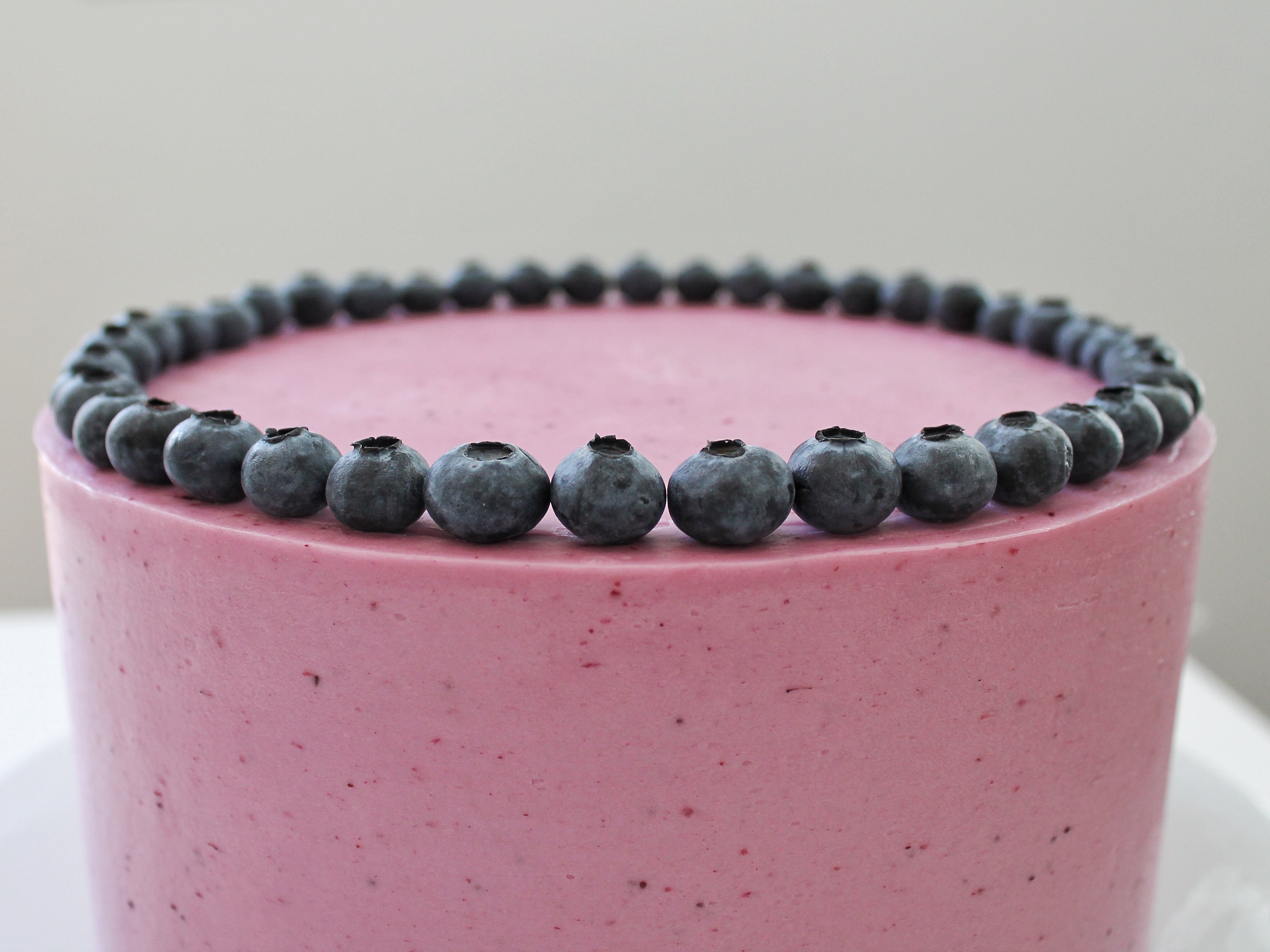 Having just made the peach filling for my Peach Crisp Cake, I stuck with fresh fruit for this cake as well. This time I made a mixed berry compote and used it for my filling and in my frosting. But don’t feel limited to pairing this cake with fruit. This vanilla cake would be just as yummy with a chocolate buttercream! 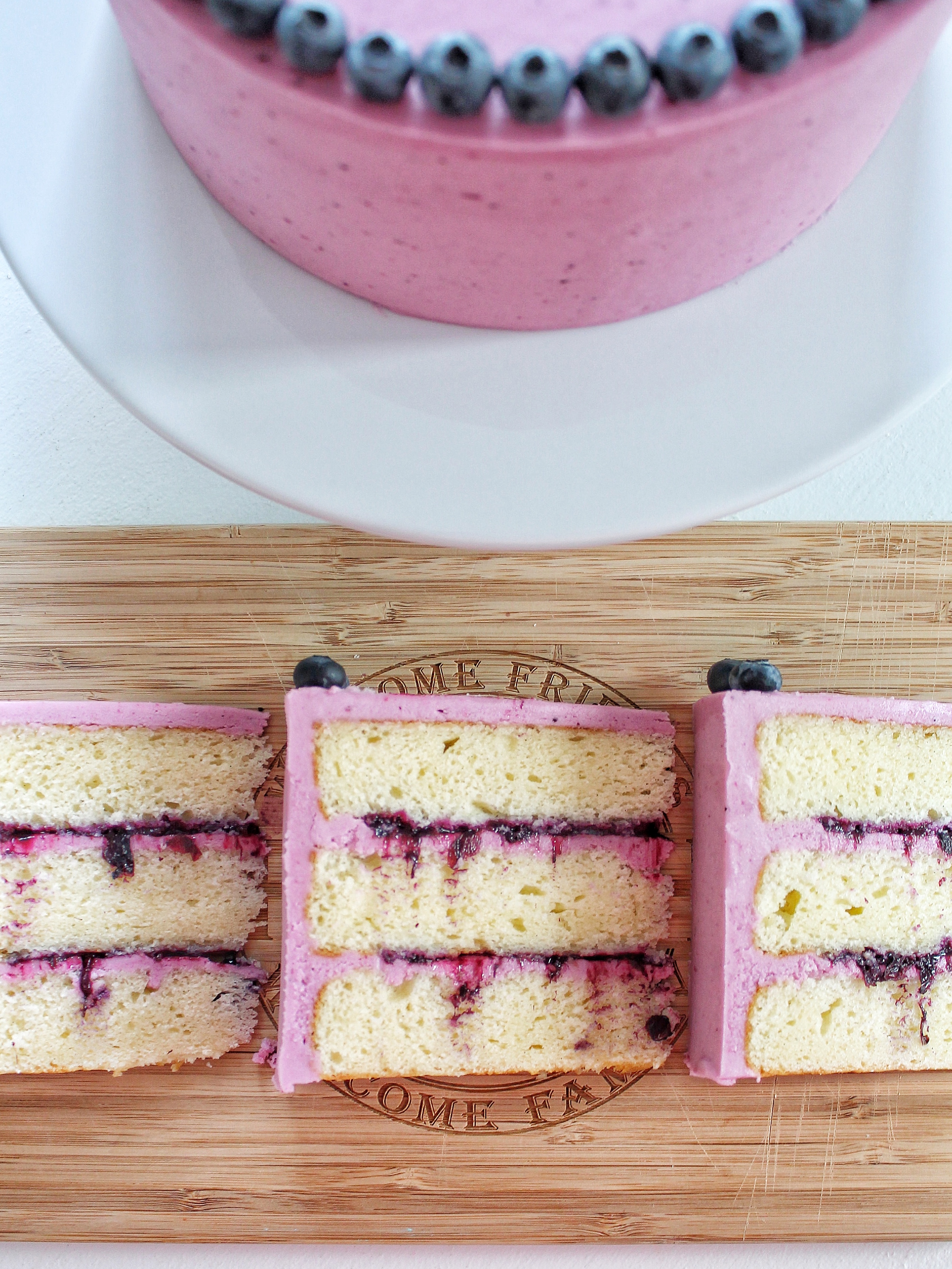 Can’t wait to hear your reviews! 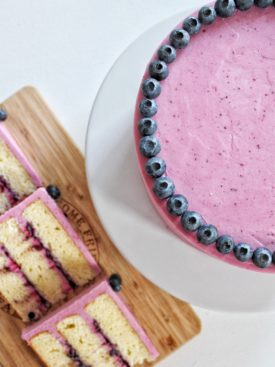 Yield One 3-layer, 8-inch round cake

The Most Delicious Apple Cider Donut Bundt Cake for Fall

The Most Delicious, Life-Changing Chocolate Cake