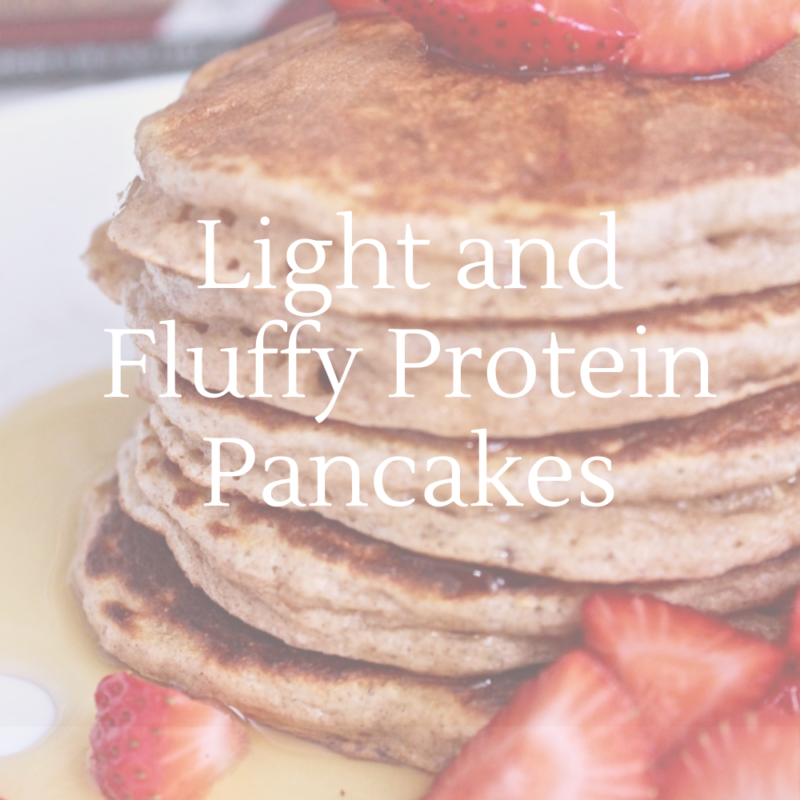 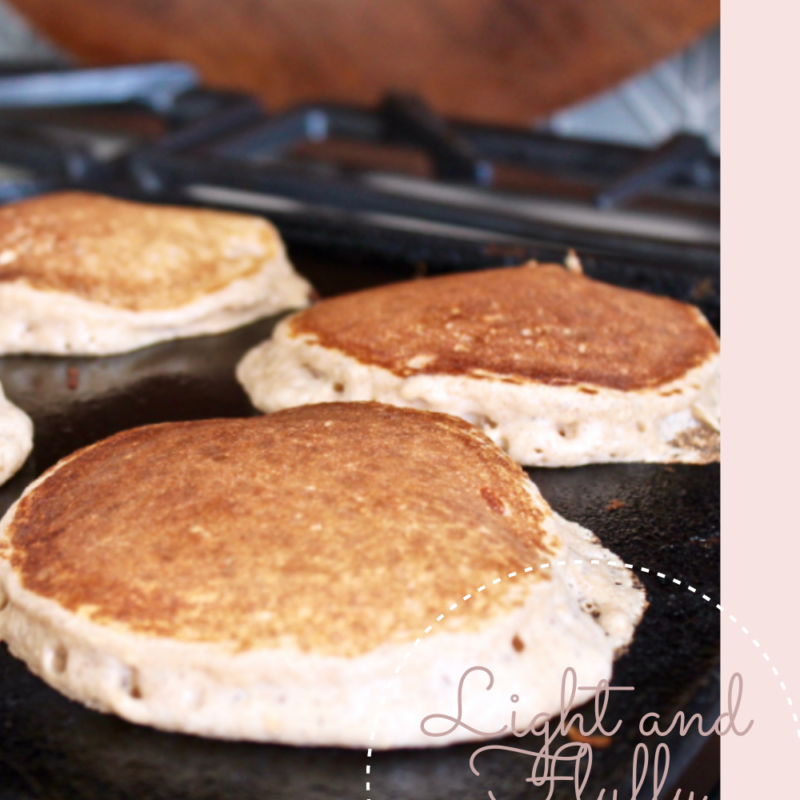 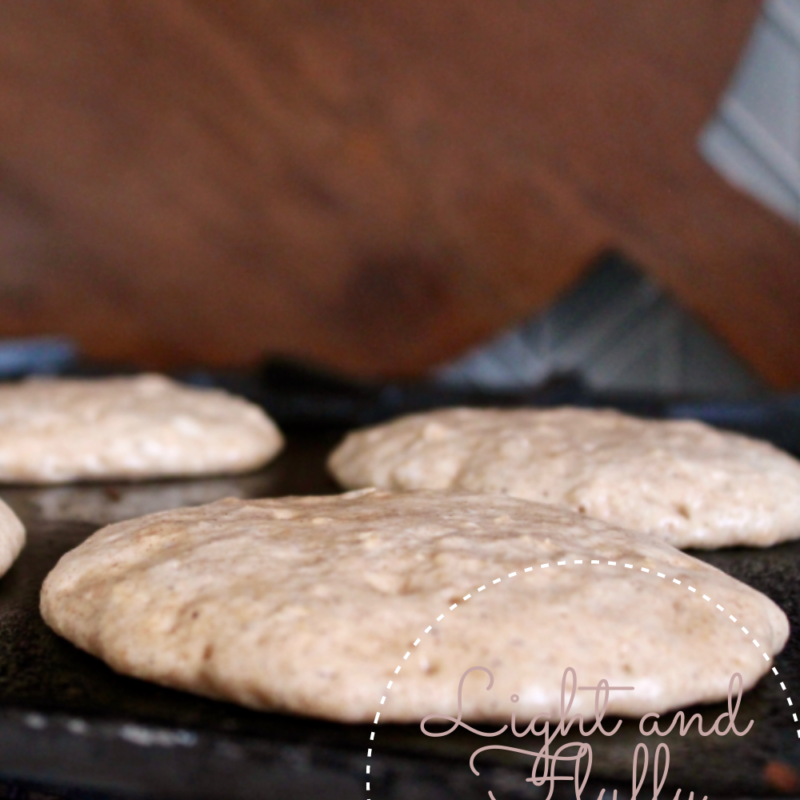 These light and fluffy Kodiak pancakes are packed with protein, easy to make, and kid approved! 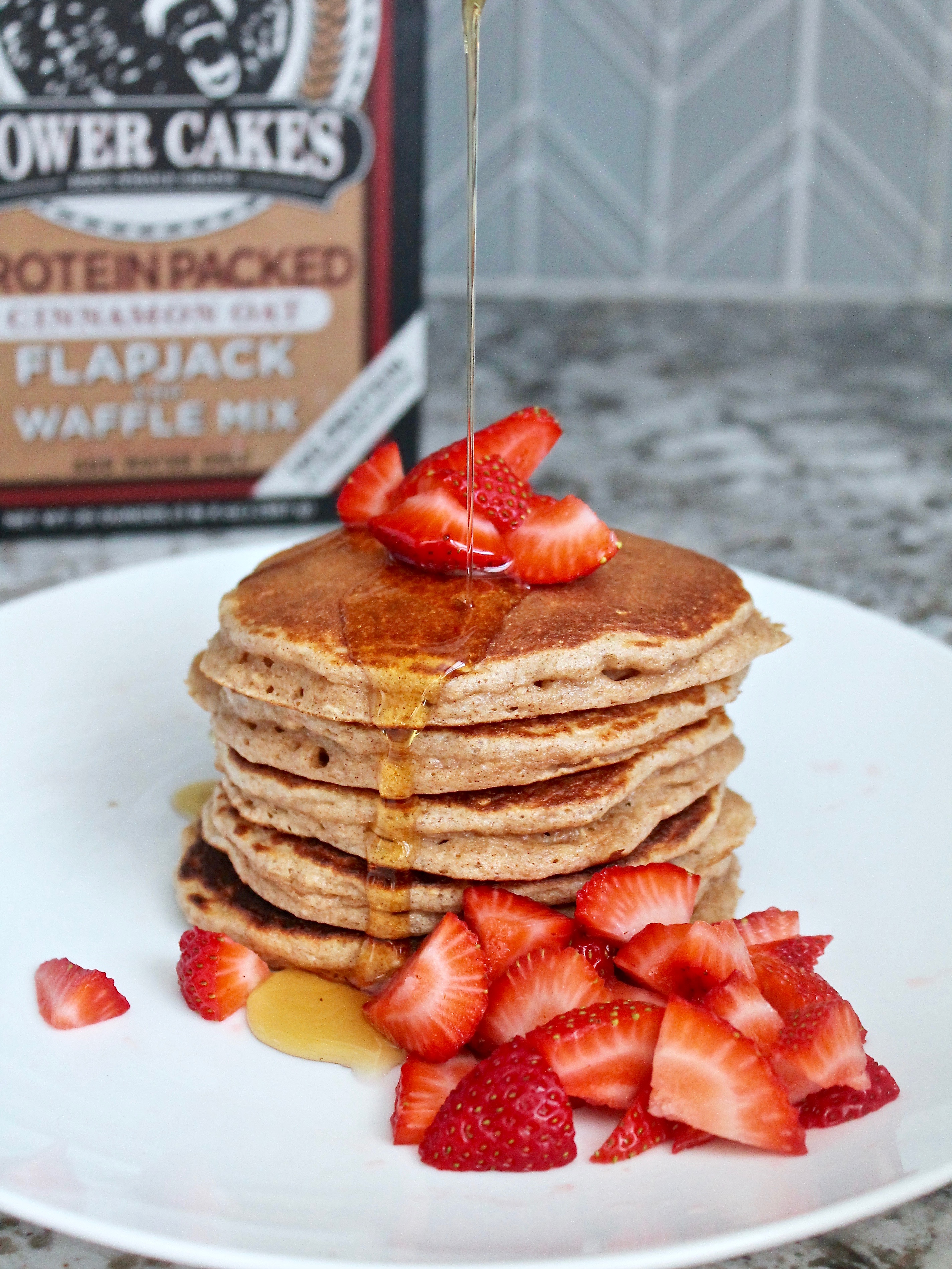 Breakfast is quite possibly my favorite meal of the day. Whether it’s french toast, pancakes, oatmeal, fried eggs on toast, an omelet, cereal, or even my favorite Cinnamon swirl breakfast, I’m willing to eat it any time of day. In fact, at this house, breakfast for dinner is a thing at least twice a week, if not more.

One of my go-to breakfast meals has always been pancakes. My kids and husband love pancakes, especially my father-in-law’s “light and fluffy pancakes.” His pancakes are truly top notch. Something we look forward to every time we visit him. Yes, I make them as well, but they’re never quite as good as when grandpa makes them.

Feeling a little discouraged by the reviews I was getting, I decided to try something new. I wanted to come up with a pancake that my kids liked but was a little healthier than grandpa’s version. After trying several “healthy” pancake recipes and “just add water” waffle mixes from Pinterest, (which were all met with poor reviews from my critics), I then turned to the Kodiak Power Cakes Mix that had been sitting in my pantry for several months. When I first saw them at Costco, I was so excited to have a healthier pancake option for my family. But, to be honest, the pancakes (as made from the instructions on the box) didn’t make the cut with my husband and kids. They all said the pancakes were “too flat.” 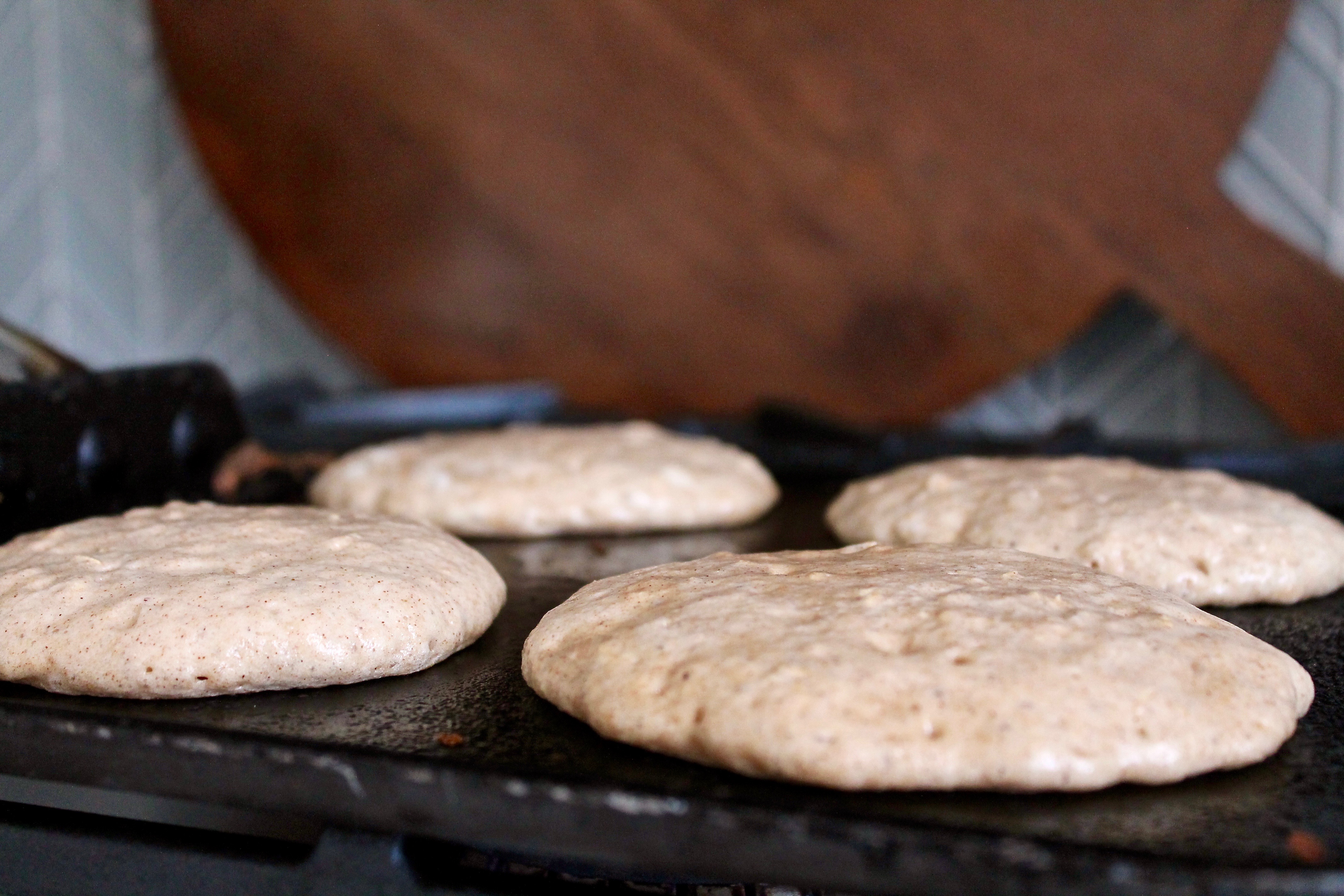 The Key to Light and Fluffy

I thought the flavor was there but these pancakes definitely needed to be a little lighter in texture. Inspired by my father-in-law’s pancakes, I made a few tweaks to the Kodiak recipe. I’m pleased to report I landed on a much lighter and fluffier pancake. Plus, two thumbs up from my critics!

The key to my light and fluffy Kodiak pancakes is beating egg whites and folding them into the Kodiak cakes mix that I’ve also added milk and egg yolks. This is something my father-in-law does with his pancakes and it’s a game changer. Look how fluffy these pancakes get! As light and fluffy as any buttermilk flapjack or any other buttermilk power cakes. (and 14 grams of protein per serving!) 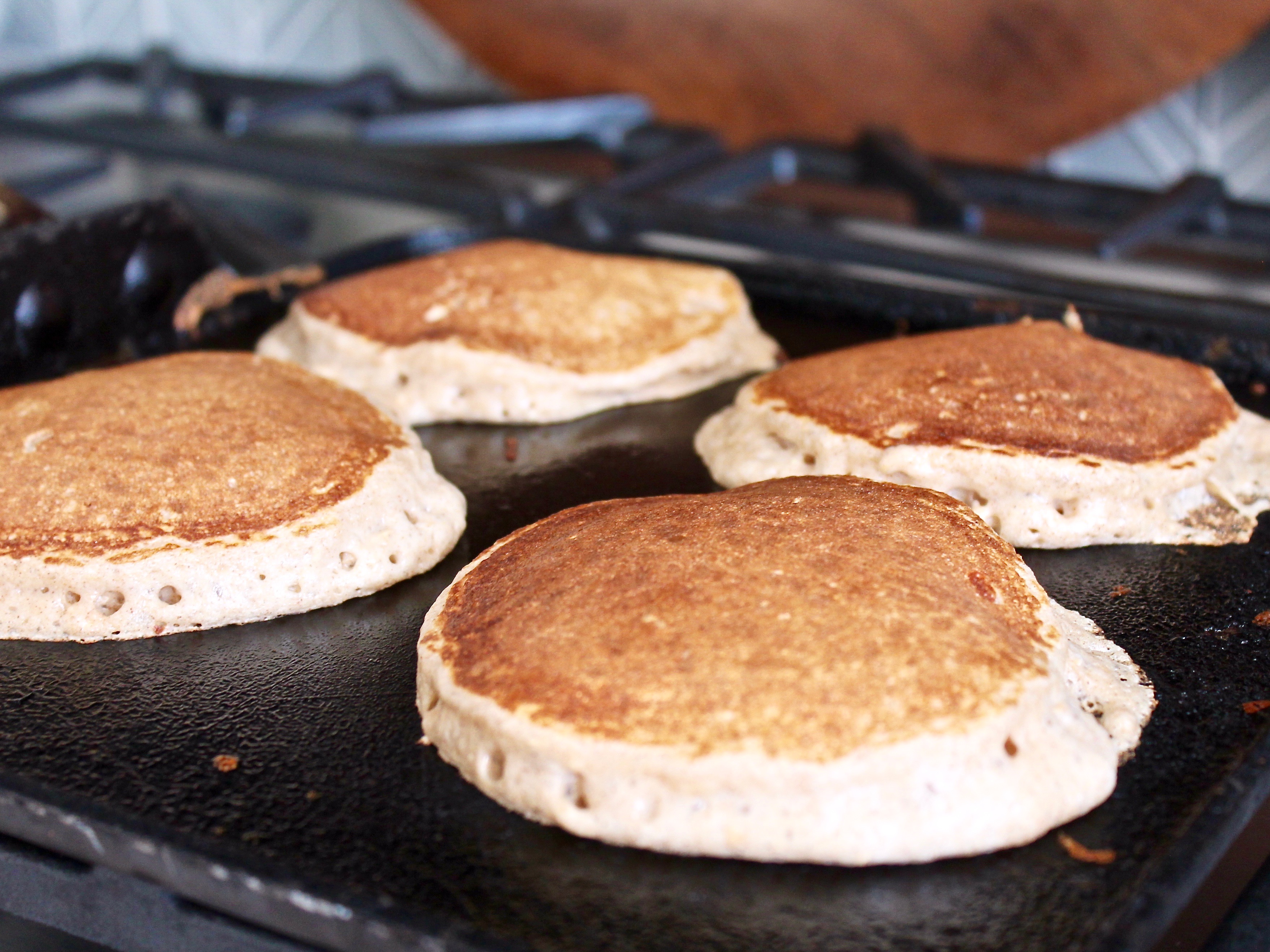 I also reduce the other liquid (milk) by about a half cup, since I’m adding the eggs, so the mixture it’s too runny. 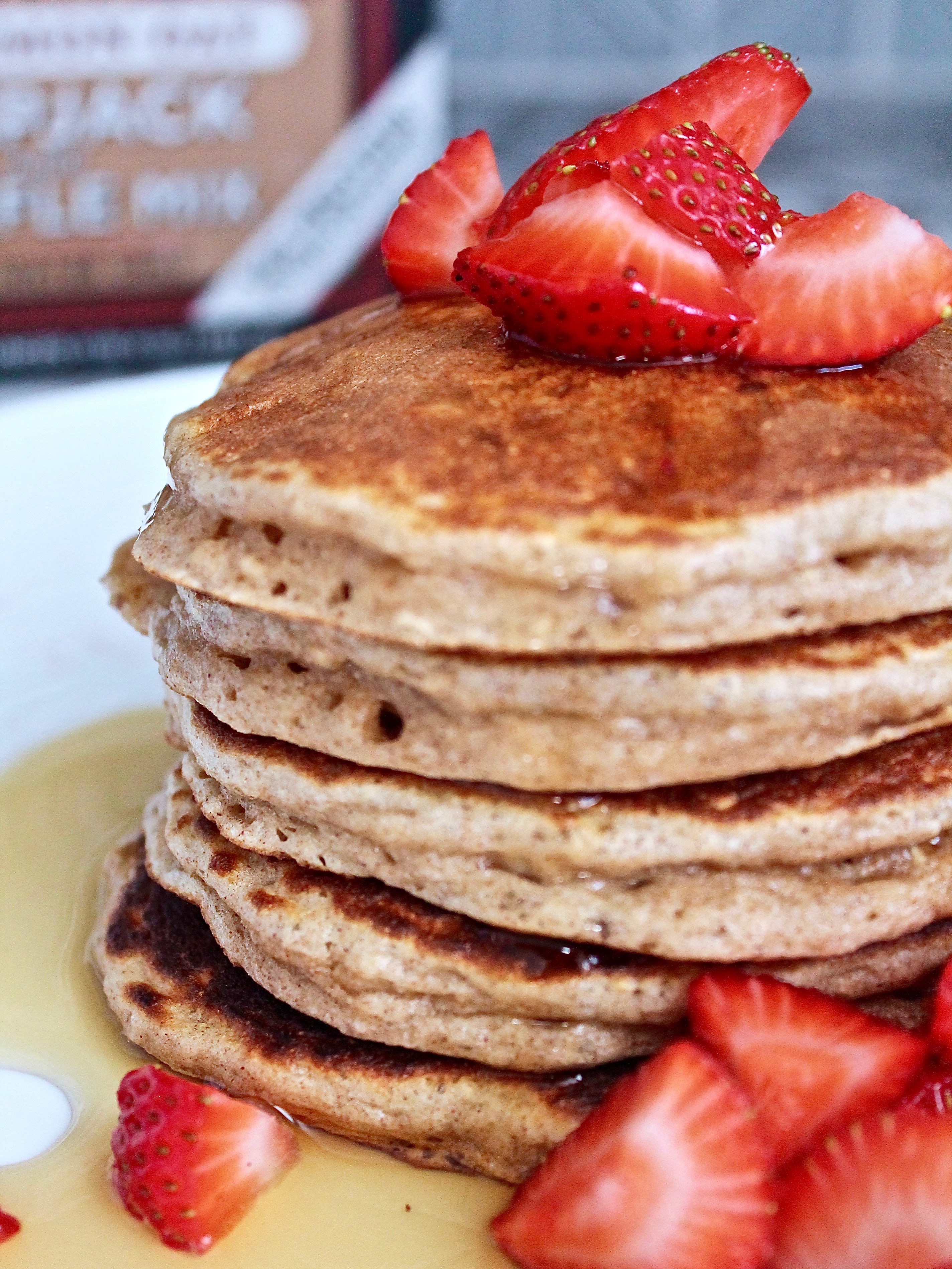 The result is not only a pancake I feel good about serving my family, but one that tastes as delicious as it looks. 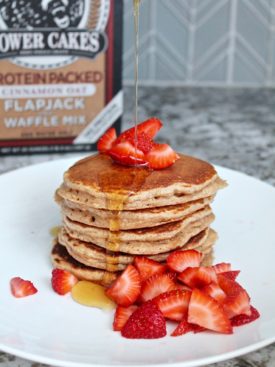 A little twist on these easy-to-make, protein-packed pancakes takes them to a whole new level! 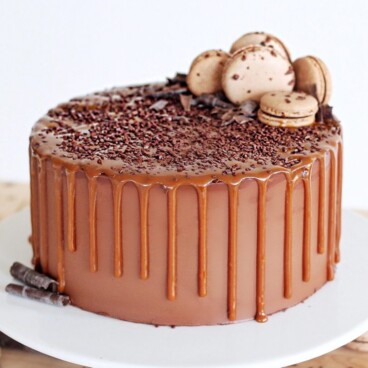 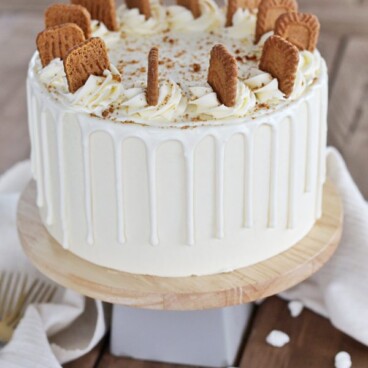 How to Make the Best White Chocolate Ganache for Drip Cake 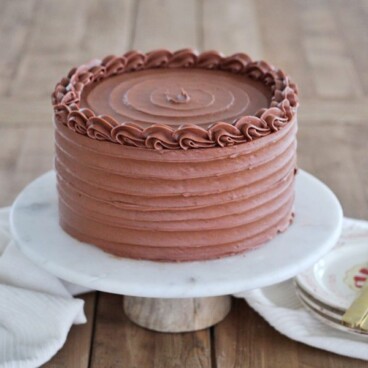 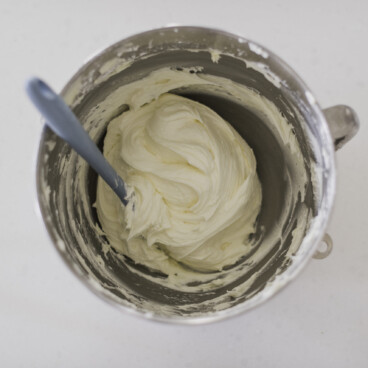 Everything You Need to Know About Buttercream Frosting