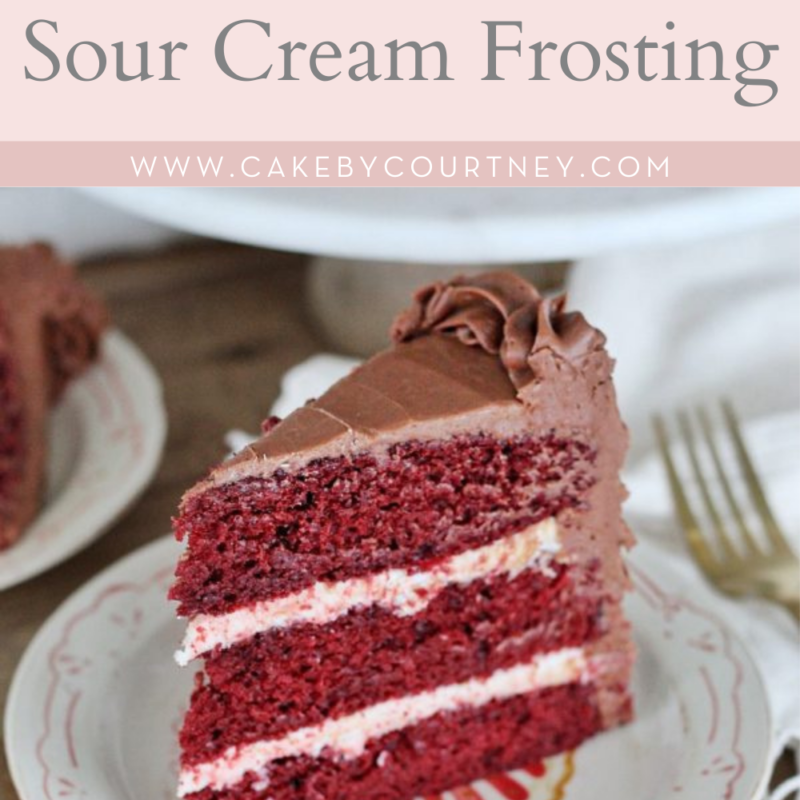 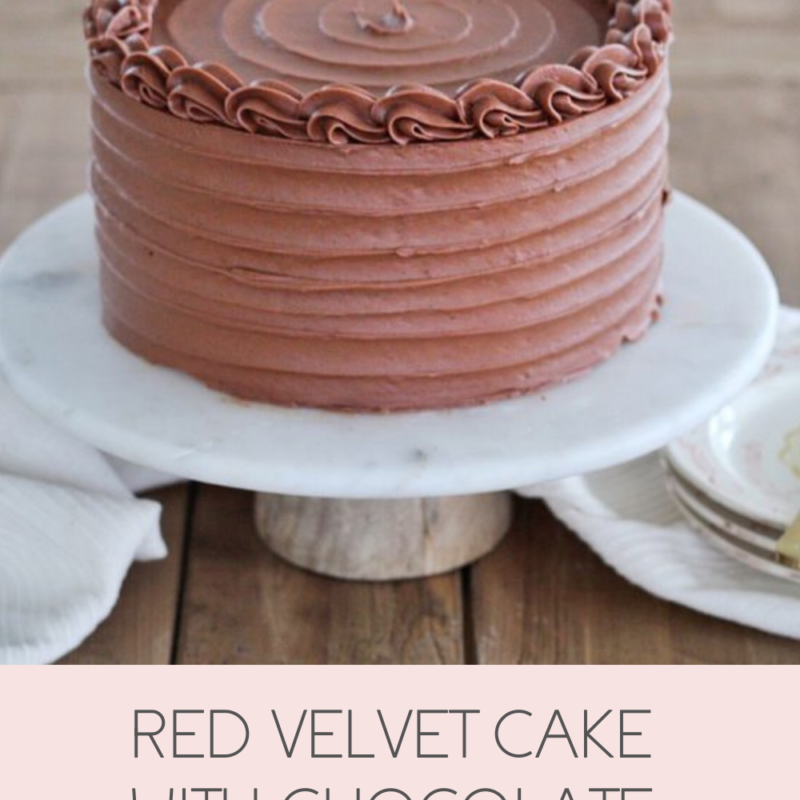 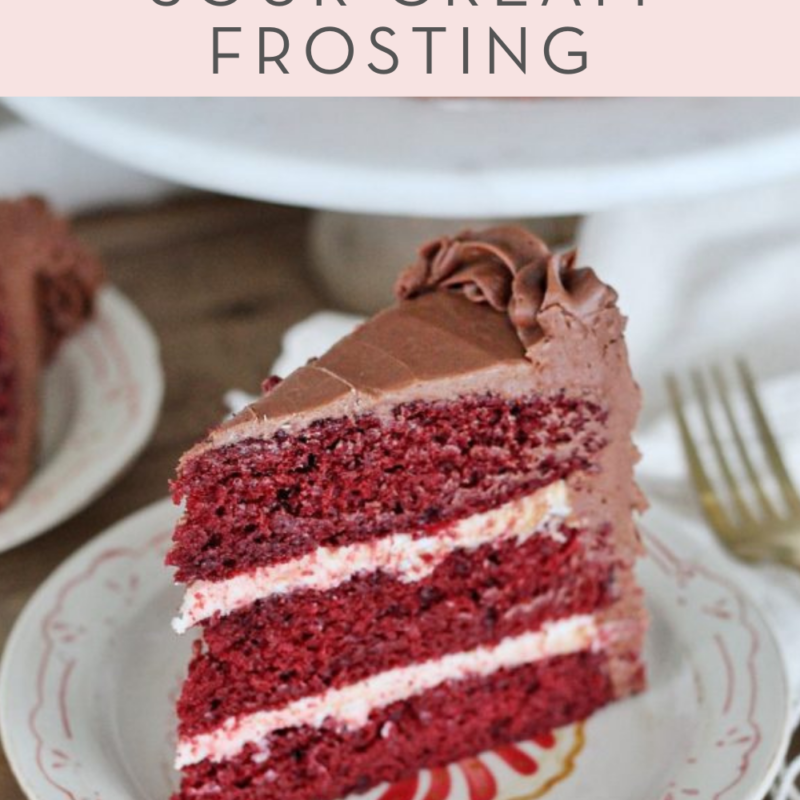 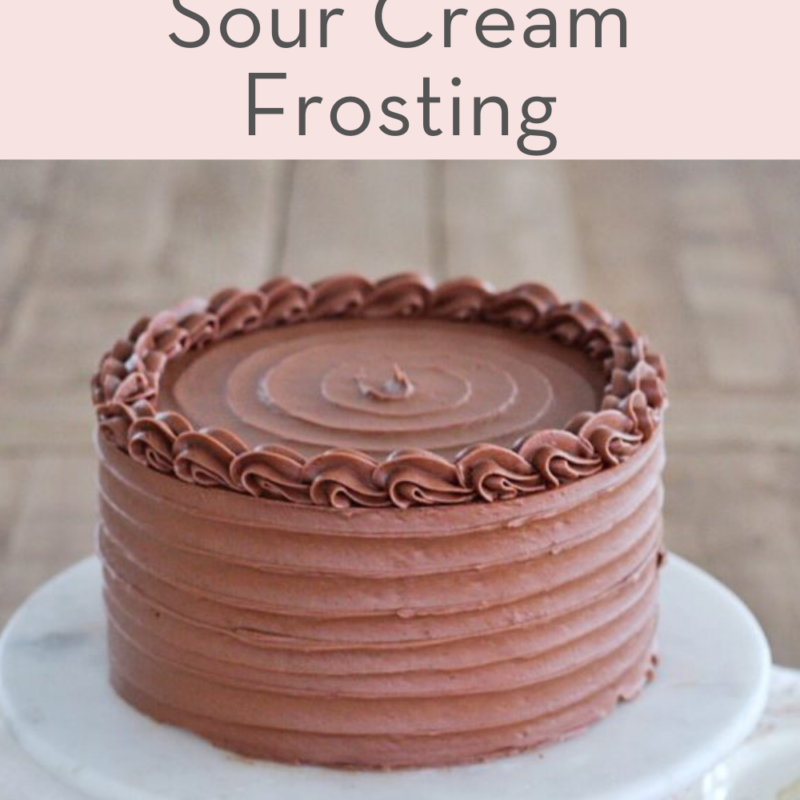 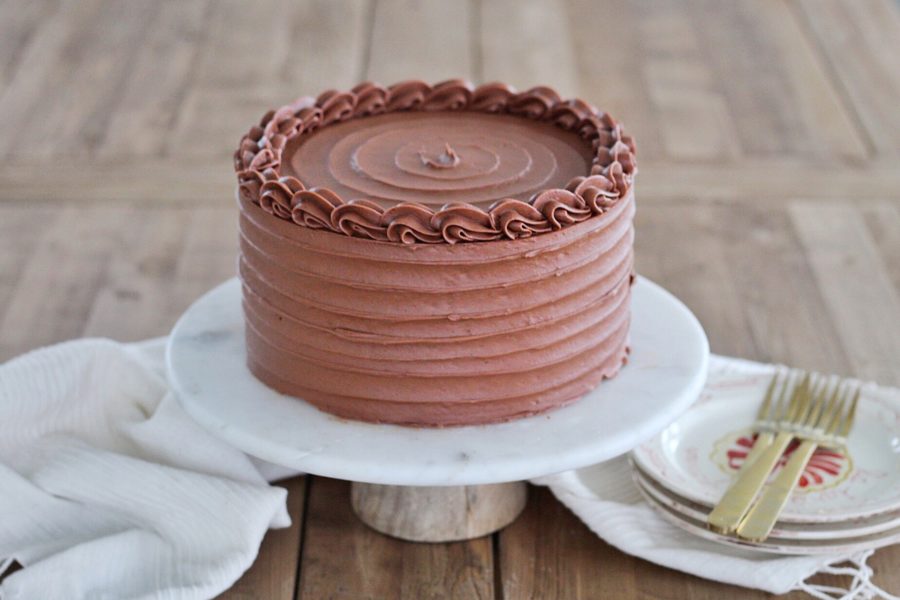 I have a confession to make. Red velvet cake used to be my top favorite cake. It was all thanks to the red velvet cupcake and cake at Susie Cakes which was about five blocks from my house in Santa Monica. Honestly, I think I got a red velvet cupcake every week. No joke! Well, leave it to overindulgence to turn you off from something. Up until two years ago, I hadn’t touched red velvet anything since those Santa Monica days (nearly a 5-year span). 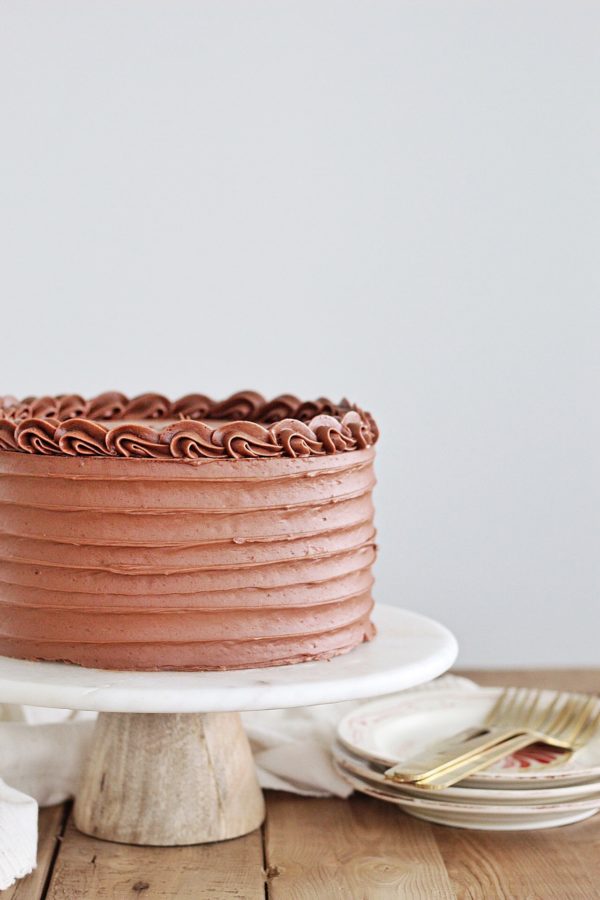 The Reintroduction of Red Velvet Cake

I’m not sure why I decided to revisit this classic southern cake (which actually was first served in NYC but later became a southern favorite), but when the idea popped into my head a couple of years ago, I knew I wanted to make it count when I put this recipe on my blog. I wasn’t just going to offer up any ol’ red velvet cake. It needed to be something special, something light and fluffy. I know how polarizing this cake flavor is (my husband isn’t a fan at all). You either love it or hate it. 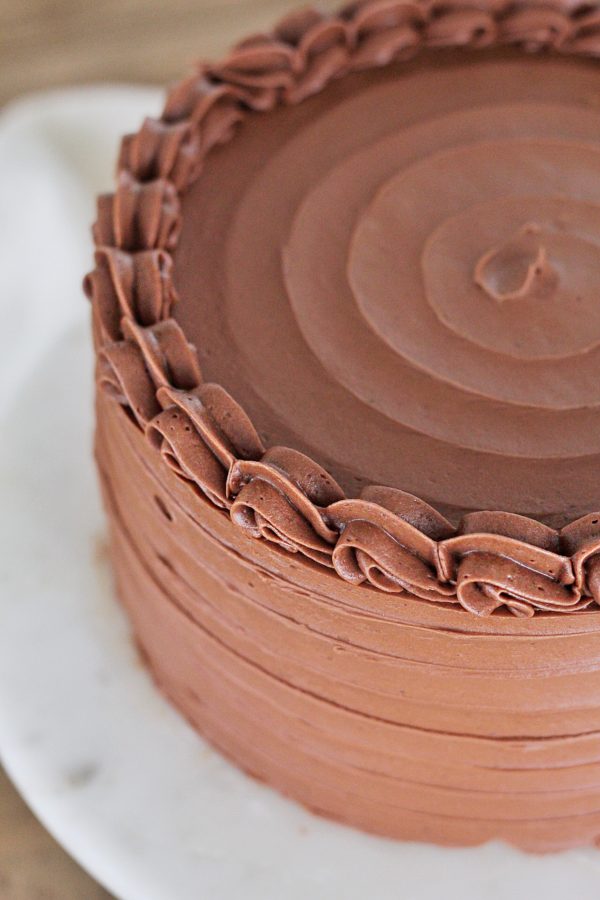 In researching red velvet cake recipes, I saw a lot of cakes that were bright red, like a crayon. I’ll be honest, the artificial color of these cakes was totally off-putting. A lot of these recipes used a large amount of red food coloring (more than just a toothpick inserted with the dye) to achieve this color – one of the reasons many of you don’t like this cake and won’t make it. 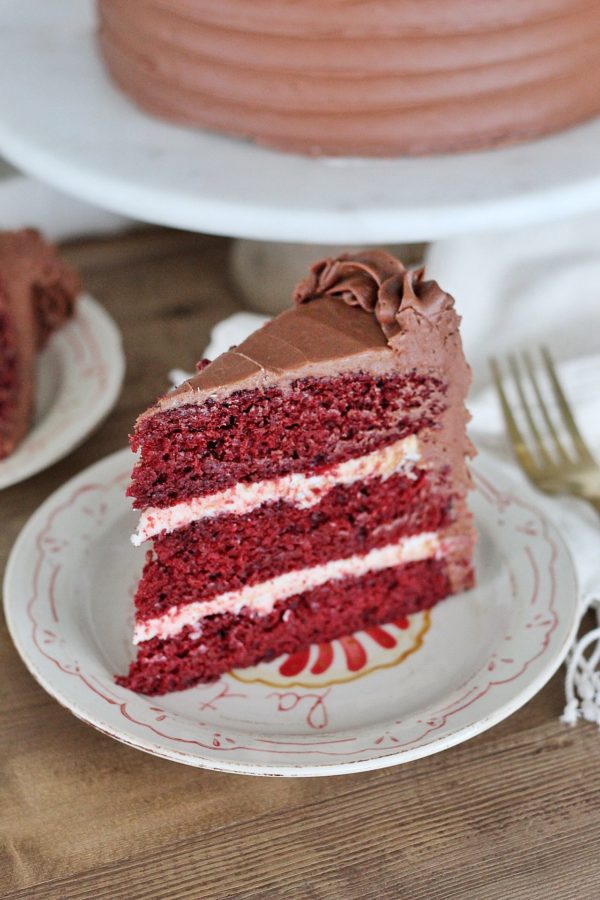 The first recipe I worked with was the Red Velvet cake by Tessa Huff from her cookbook, “Layered.” Her recipe seems more like a traditional red velvet cake (based on my personal research), which is similar to a basic chocolate cake recipe, but with only three tablespoons of cocoa powder. Her recipe also uses red food gel for the cake batter, instead of a liquid dye. I also liked that her cake had a cup of buttermilk – a good sign it would be nice and moist – and it was!
The second cake I simply couldn’t resist trying was from another one of my cake heroines, Rosie from Sweetapolita. What caught my eye about Rosie’s cake was that the ingredients were very different from most of the other recipes I read through. Rosie’s wet ingredients call for butter mixed in a large bowl with granulated sugar and brown sugar. She also uses a mix of all-purpose flour and cake flour, as well as a combination of buttermilk and mayonnaise. I was also intrigued by her recipe because instead of copious amounts of red food coloring, Rosie uses just one teaspoon of food gel and gets her color and flavor from red velvet flavoring (a link to the brand I used can be found in the ingredients list below). 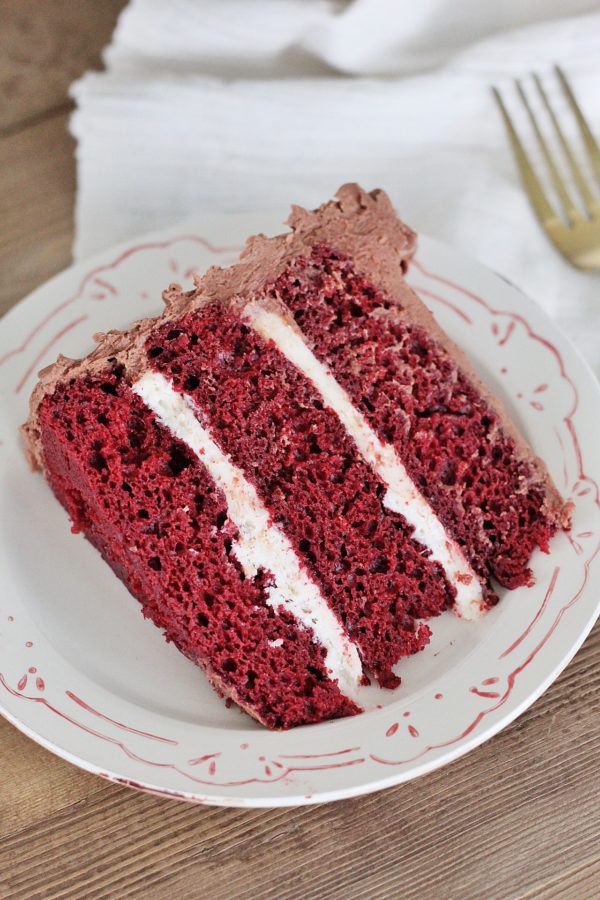 The red velvet emulsion adds the slightest hint of citrus to the cake, which sounds strange for red velvet, but I promise you, it’s the best surprise of this cake – especially when it’s paired with a tart chocolate sour cream frosting.

My Take on Red Velvet

In the end, both cakes were super moist and flavorful, but I personally love Sweetapolita’s version the best. So, as I worked on creating my own version of this cake, I used Rosie’s cake as inspiration. I love the red velvet emulsion and think it packs a powerful flavor and color. In fact, I see no need for additional food coloring, so I left that out of my recipe. I also use a little more cocoa powder, no cake flour, sour cream instead of mayo, less butter, and less brown sugar. The result is a super moist and fluffy red velvet cake with the slightest hint of cocoa and citrus. When paired with the toasted marshmallow filling and chocolate sour cream frosting, the combination is utterly delightful! 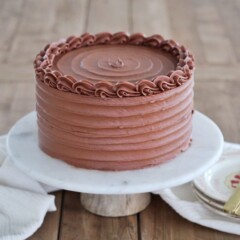