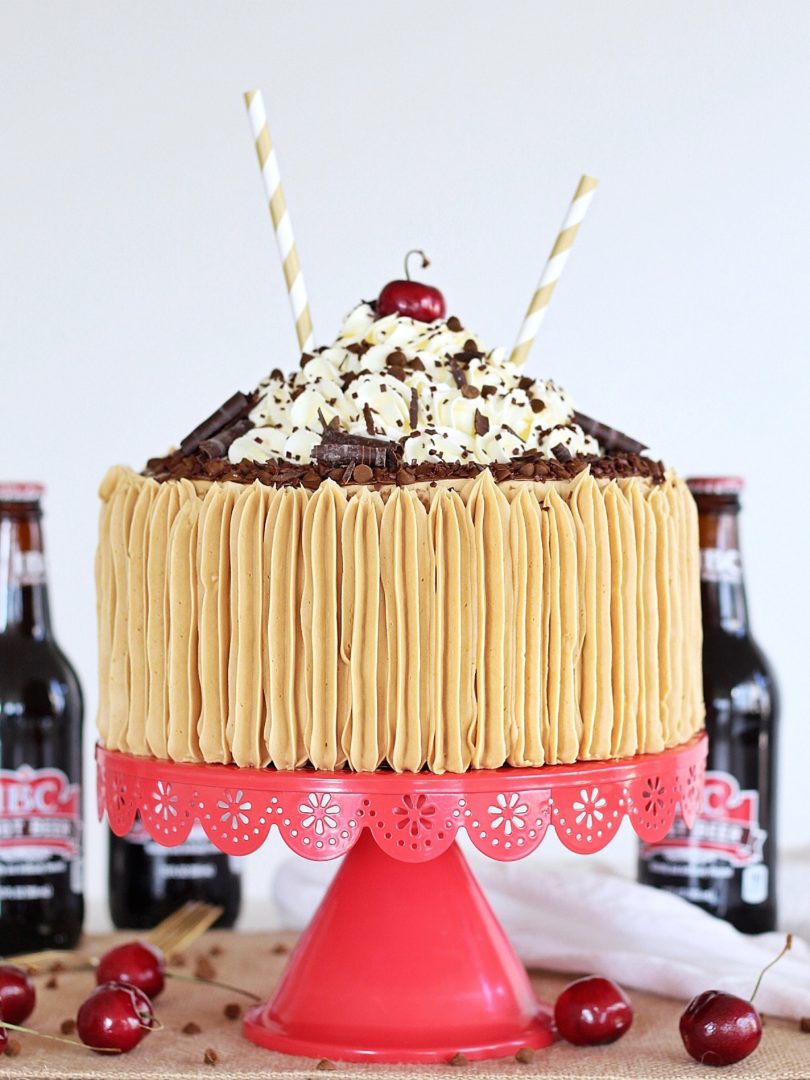 Cake on the Brain

I often get asked how I come up with my cake flavors, and the answer is never the same. Sometimes the ideas come to me at the most random times: on an airplane, in the shower, on a run, or even while I’m making another cake. Other times, I’m giving it more thought and trying to come up with new and interesting flavors by researching other cakes. And then there’s the moments when I’m eating a dessert and think to myself, “I need to recreate this” or “these flavors would be awesome in a cake.” No matter how it happens, I love when a good cake idea hits me. And when it does, I hit the kitchen as fast as I can. 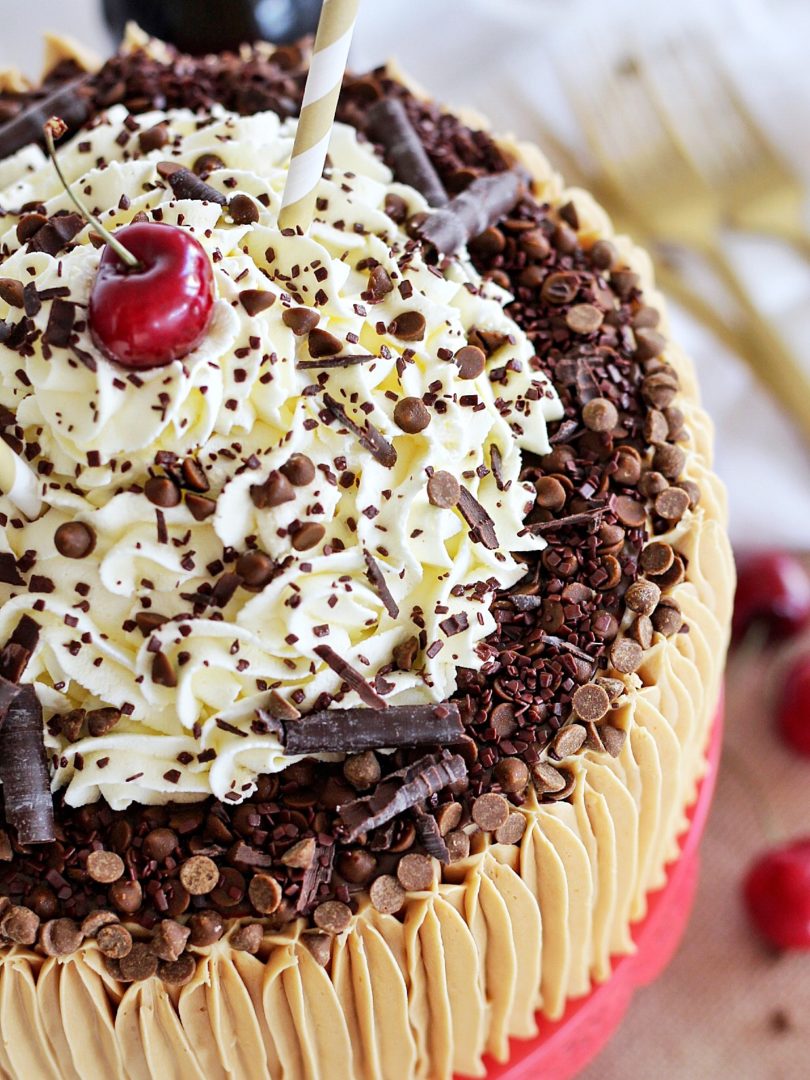 For this cake, the idea came when I was at Orson Gygi (a local bakery/kitchen supply store), looking at their candy flavorings. My eye was drawn to the LorAnn Oils Root Beer Flavor and I knew it had to be a cake, especially with Summer knocking on the door!

I looked online to see what root beer cakes have already been done. To my surprise, there weren’t many. Well, there are actually a lot of recipes out there that used a box mix and root beer, but there are hardly any that are completely from scratch. And the from-scratch recipes I did see were chocolate root beer cakes. Nope. Not what I was going for.

For my cake, I decided to use my own white cake as a base and make a few changes. The base of this cake is tender and light. It also doesn’t have any strong flavors that would take away from the root beer flavor. I just swapped the buttermilk for root beer and added the LorAnn Oils Root Beer Flavor. 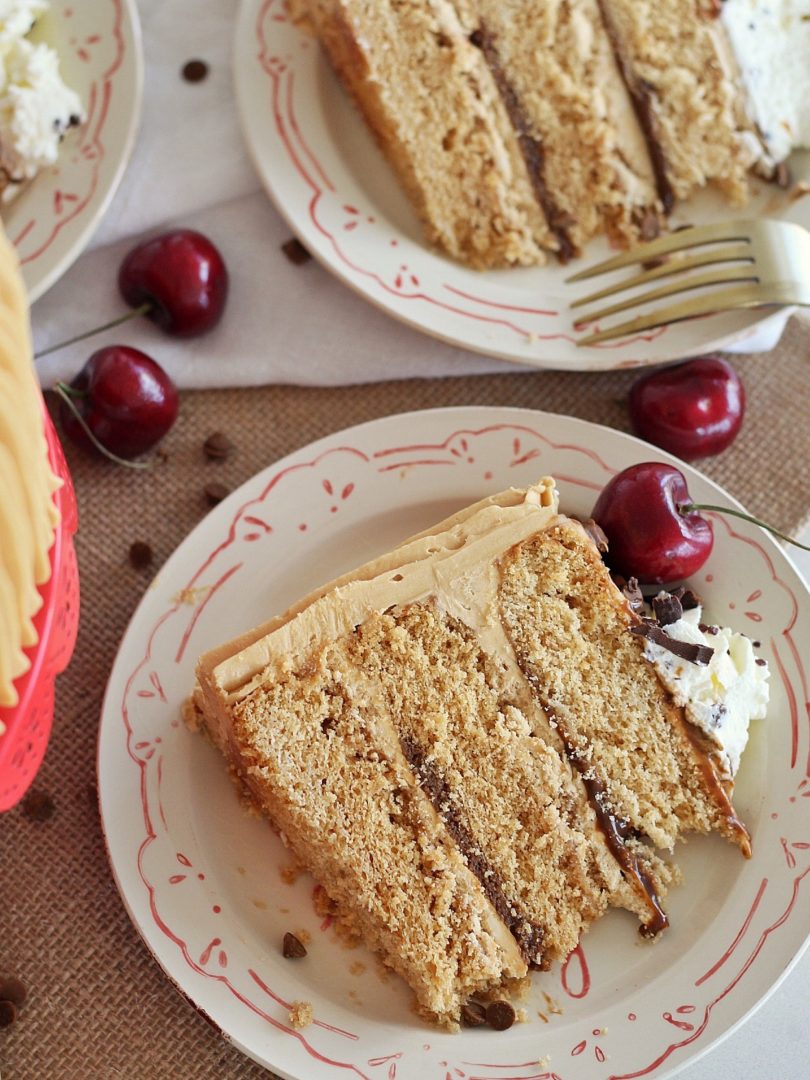 I then paired the cake with root beer buttercream and a root beer drip. For the drip, there are two ways to make it. I originally made it with white chocolate chips and root beer flavoring. However, before I poured it on my cake, I learned that Orson Gygi carries root beer baking chips (which, unfortunately are no longer manufactured) and had to get my hands on them to test them out. I loved them! The flavor is fantastic. Using the root beer chips in the drip would be my first choice for the cake. If you can’t get your hands on them, I’ve given you an alternative option in the recipe below. 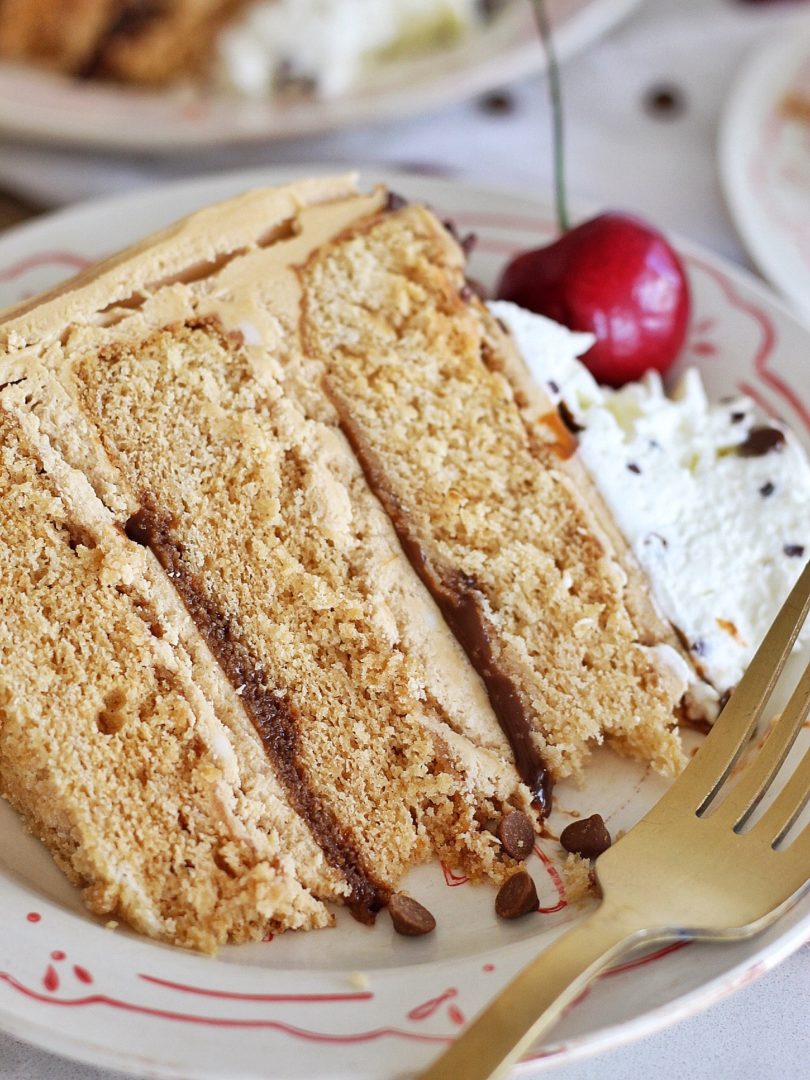 I added a little whipped cream and other garnishes on the cake before serving it I’m so happy with how this cake turned out. The root beer flavor truly shines in this cake without being too overwhelming. It’s the perfect cake to kick off summer with and I can’t wait for you to make it! 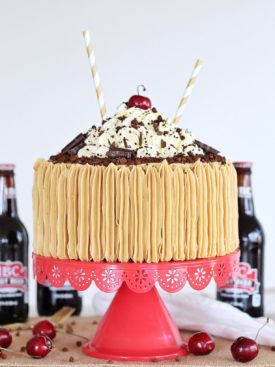 For the Drip (2 options)