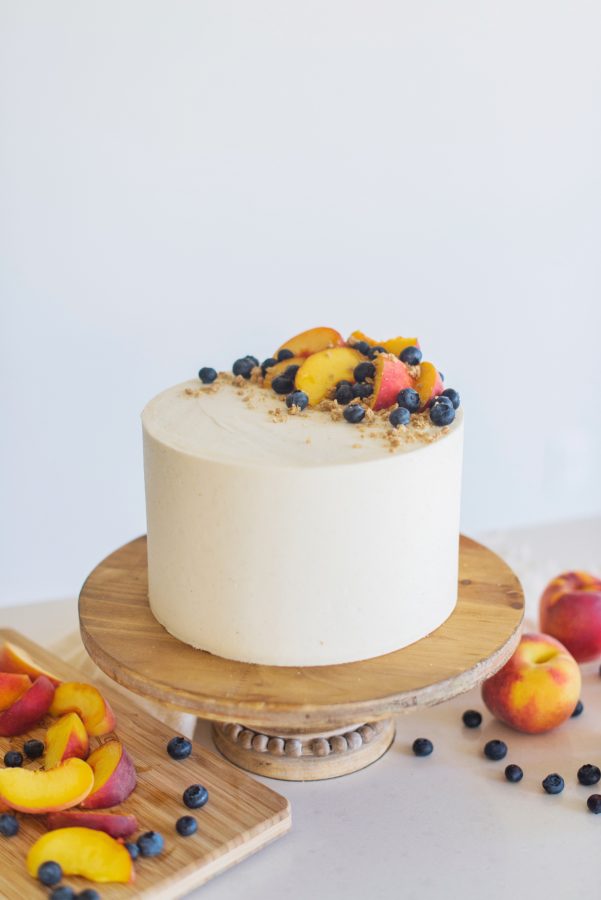 It’s hard to believe we only have two weeks until school starts around here! How did summer pass by so quickly? I swear winter never goes by as fast!

When thinking about new flavors recently, I knew I couldn’t let summer pass without making a peach cake. It just wouldn’t seem right! But what kind of peach cake should I make was the question. 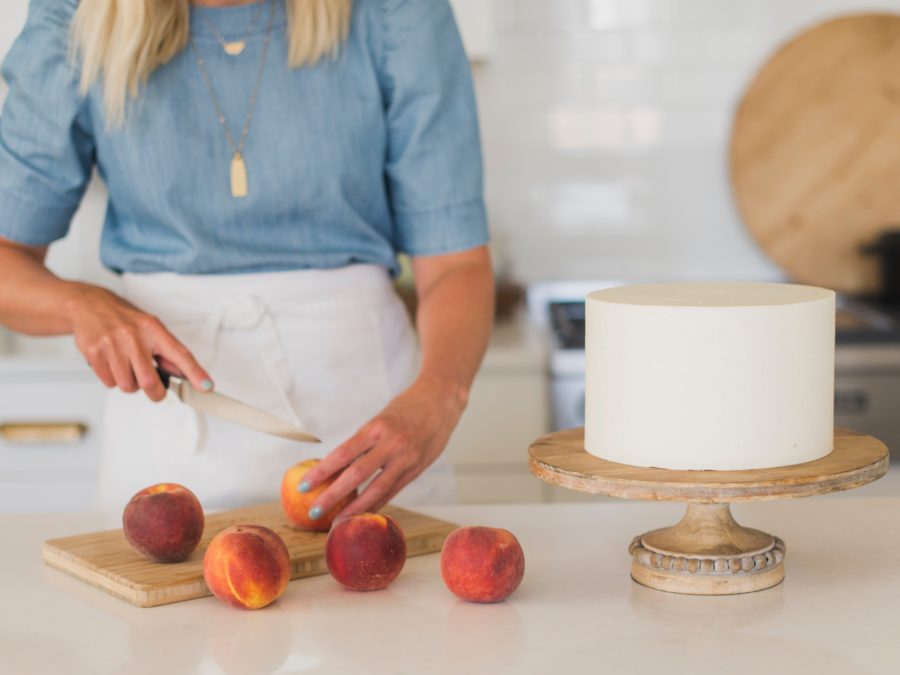 I thought about doing a peaches n’ cream cake but the thought of it didn’t really get me excited. I then had the idea to make a cake that tastes like a classic peach crisp, a dessert I grew up on. It’s actually one of my mom’s favorite desserts and a flavor combination that will always make me think of her.

And you know me, I love having different textures in my cakes, which means this cake was already on it’s way of being a winner.

I started with my classic yellow cake as a base for this cake. It’s tender and buttery, and almost reminds me of the topping you’d put on a cobbler. I made one change to the recipe and substituted Chobani Peach Greek Yogurt instead of the sour cream. It adds just a hint of peach flavor to the cake, but nothing too strong. I also reduced the amount of clear vanilla extract and pumped up the butter flavor with extra butter extract. 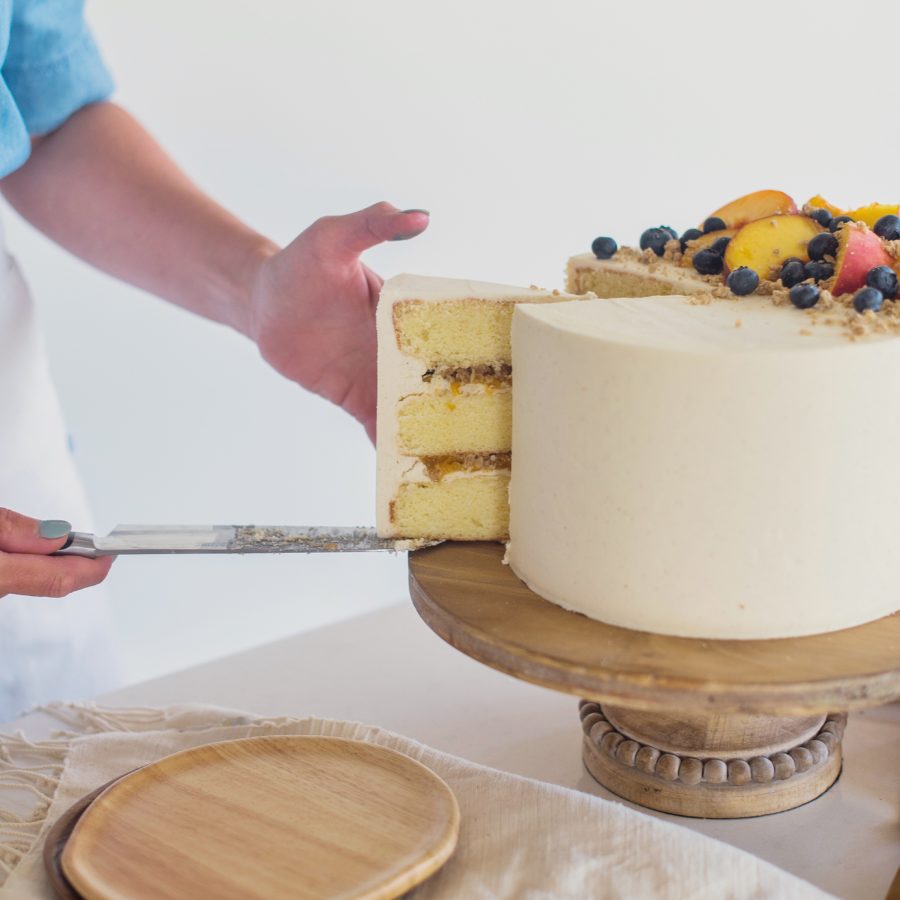 For the crumble, I adapted Tessa Huff’s recipe from her Riesling Rhubarb Cake, and the peach filling is a simple combination of fresh peaches, brown sugar and some cornstarch. 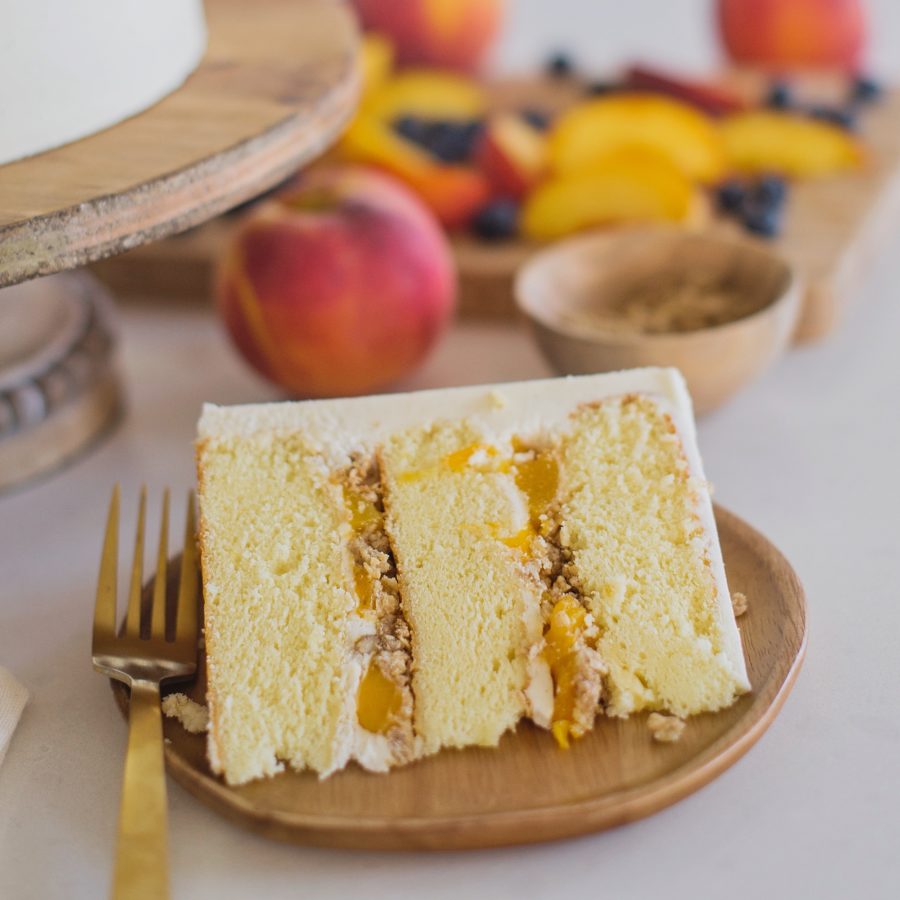 The end result of this cake is beyond what I hoped for. Honestly, I expected I would like it, but I absolutely LOVE it. I won’t even hesitate to say it’s one of my favorite cakes I’ve made.

Hope you love it too! 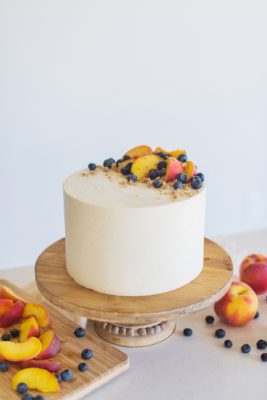 For the Peach Filling

For the Peach Filling