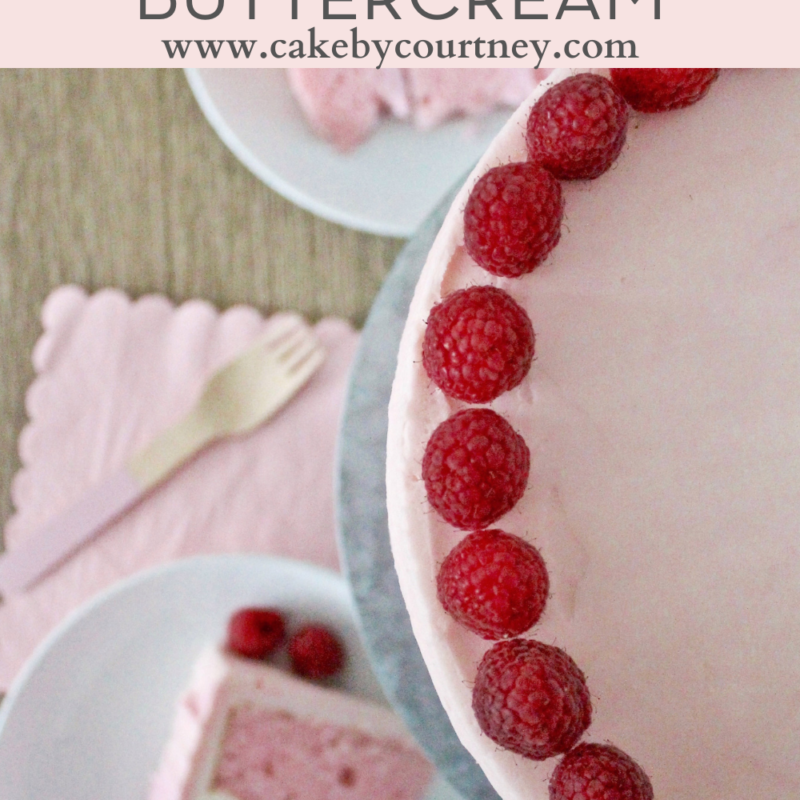 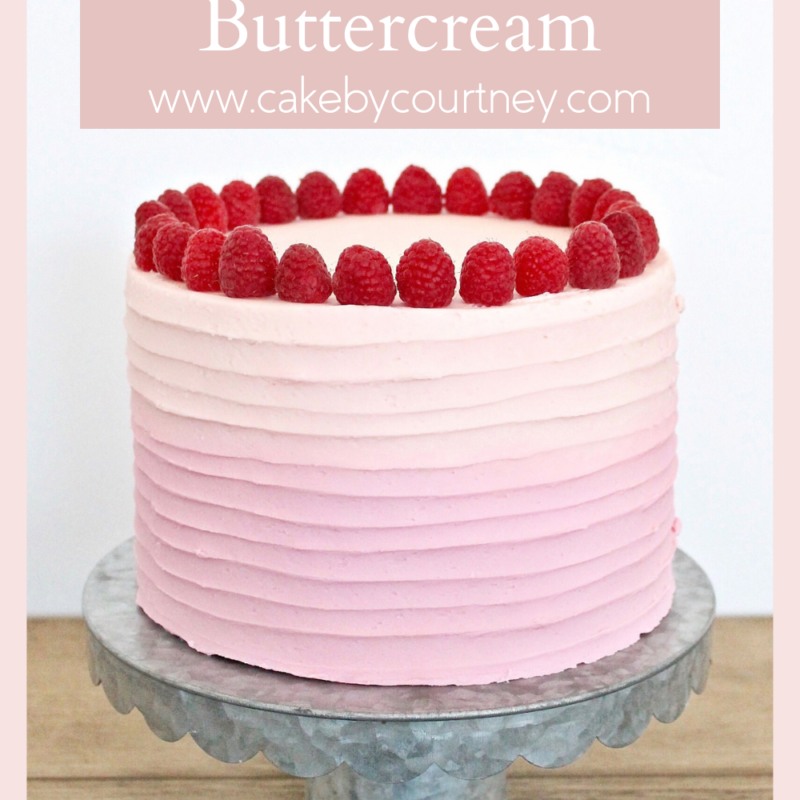 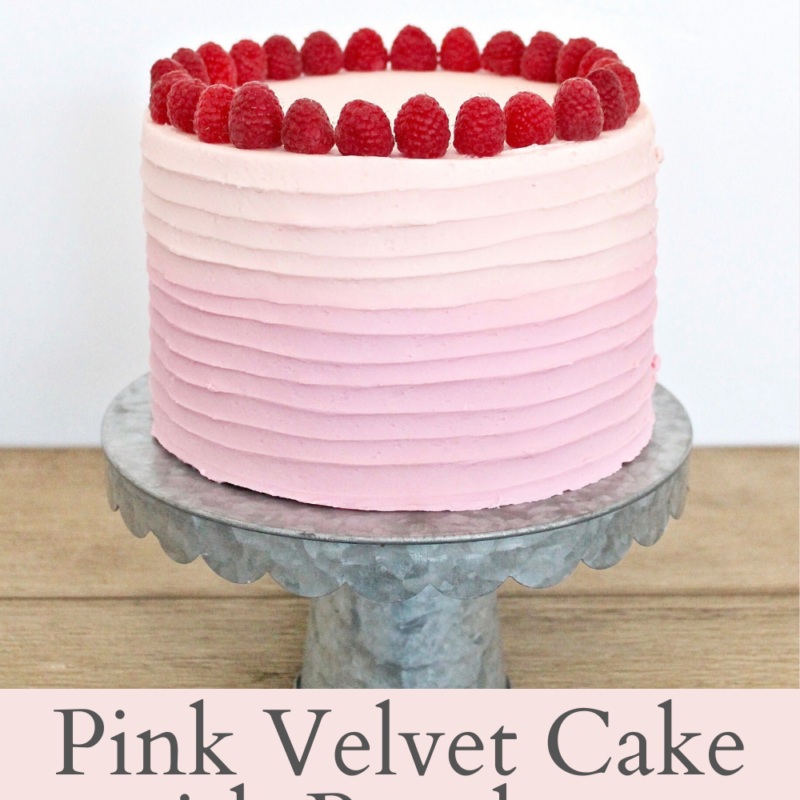 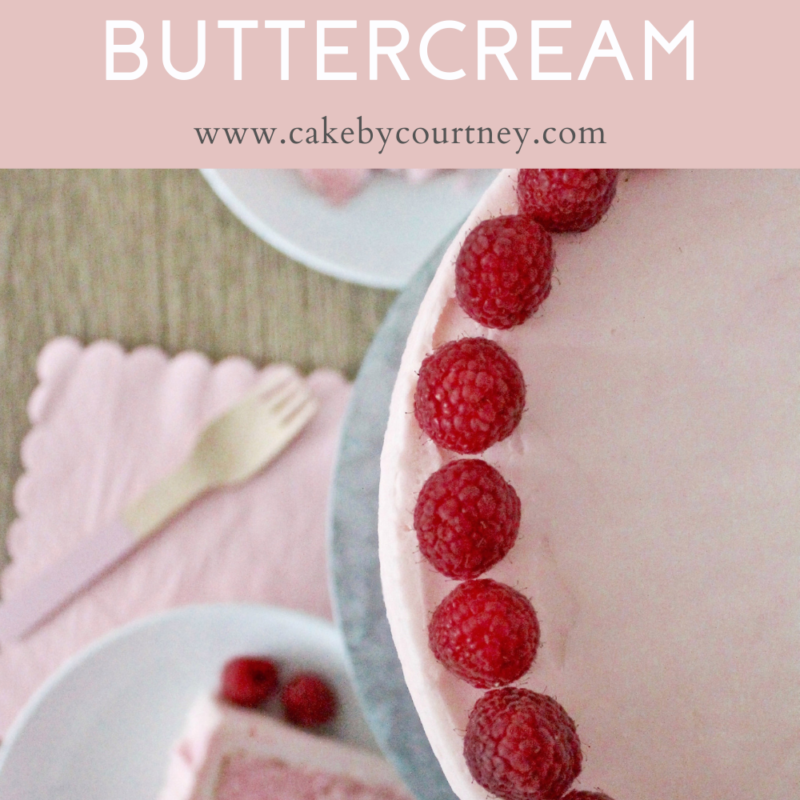 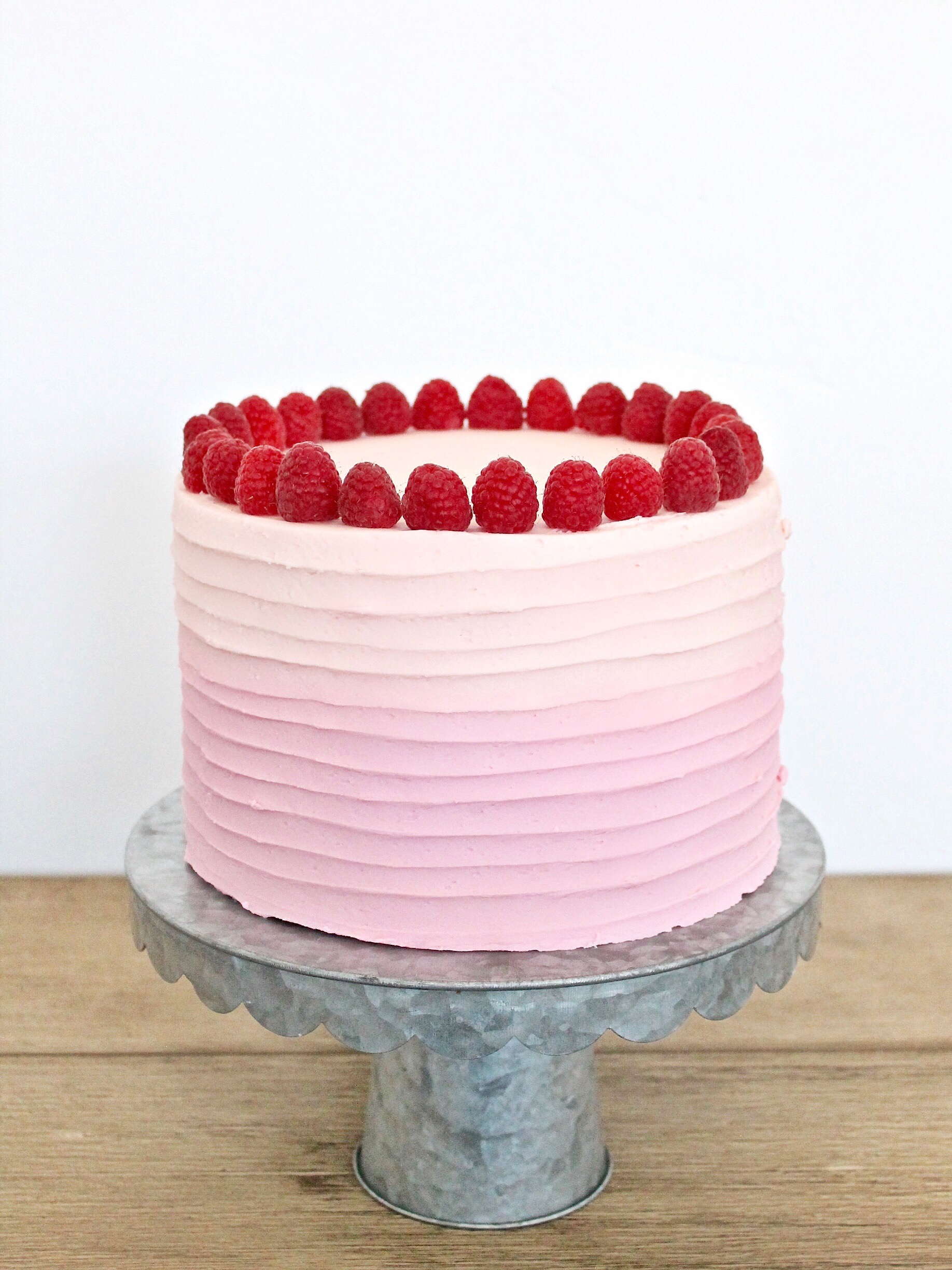 After a successful red velvet bake off last year, I thought it would be fun to do another “velvet” cake for Valentine’s this year. But, instead of red, I went with pink velvet! 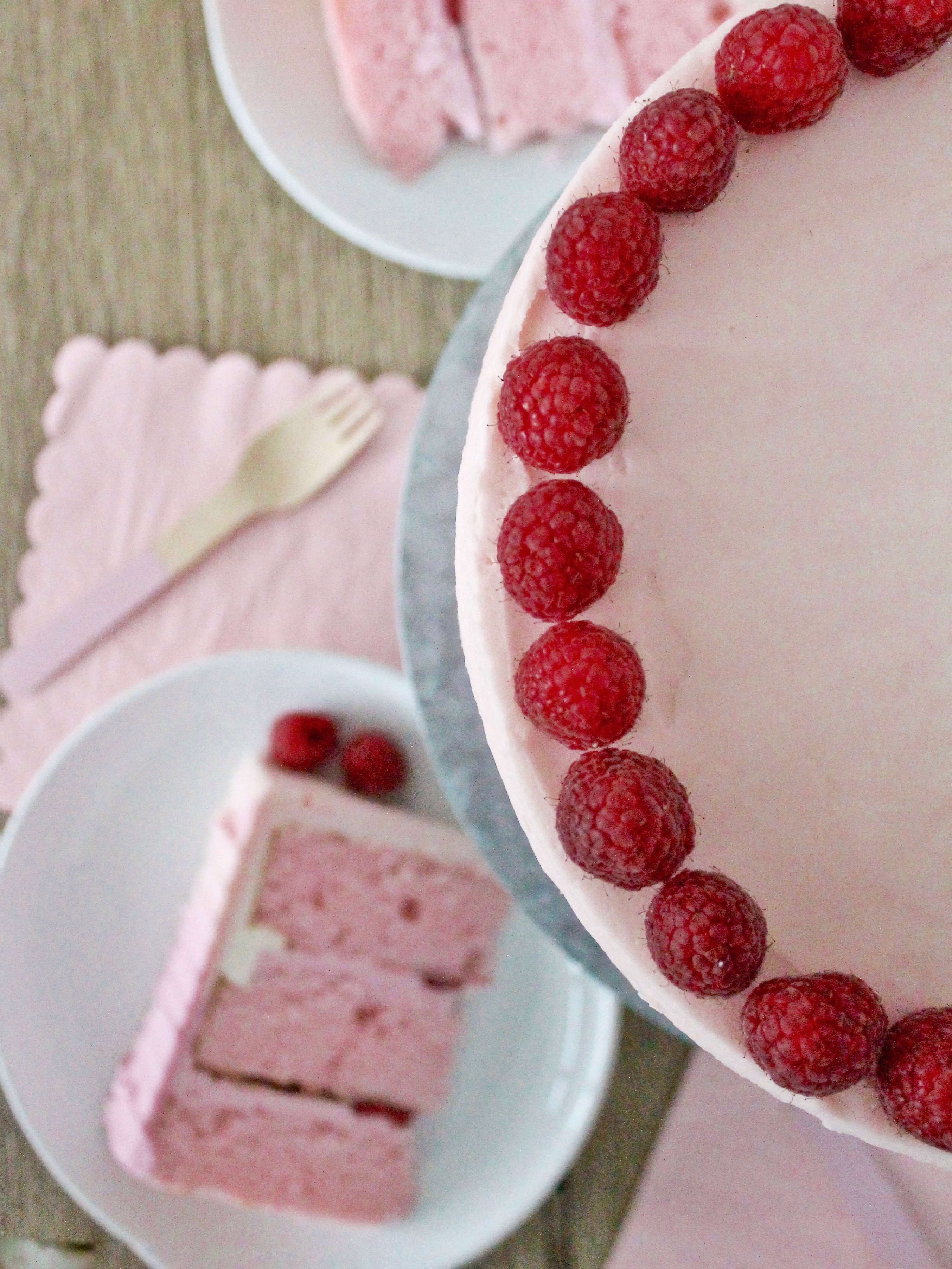 Unlike a traditional red velvet cake, however, my pink velvet cake isn’t chocolate based. Instead, I went with a vanilla based and used the idea of a “velvet” as part of the texture. I mean, look at those cake layers! So tender and velvety! 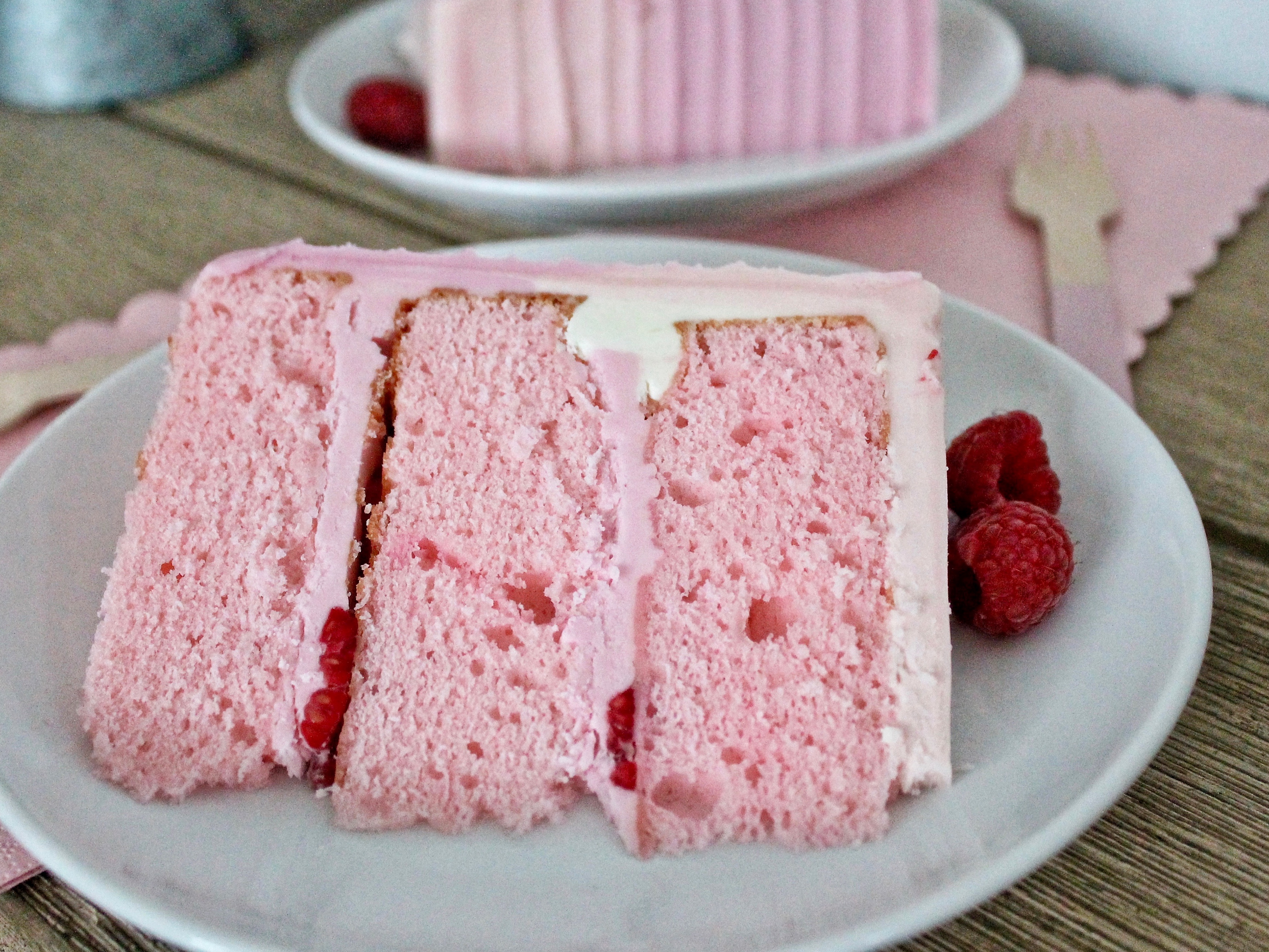 The base of this cake is from my favorite vanilla cake I used in my Marshmallow Moon Cake. It’s so tender and flavorful. All I did different was add some pink food gel by Americolor. You don’t need to add much color when you use the food gels because the color is so concentrated. I only add two drops. Also, it’s super important to add the food coloring to the batter when you’re blending the butter and sugar. You run the risk of over-mixing your batter if you add the food coloring at the end. 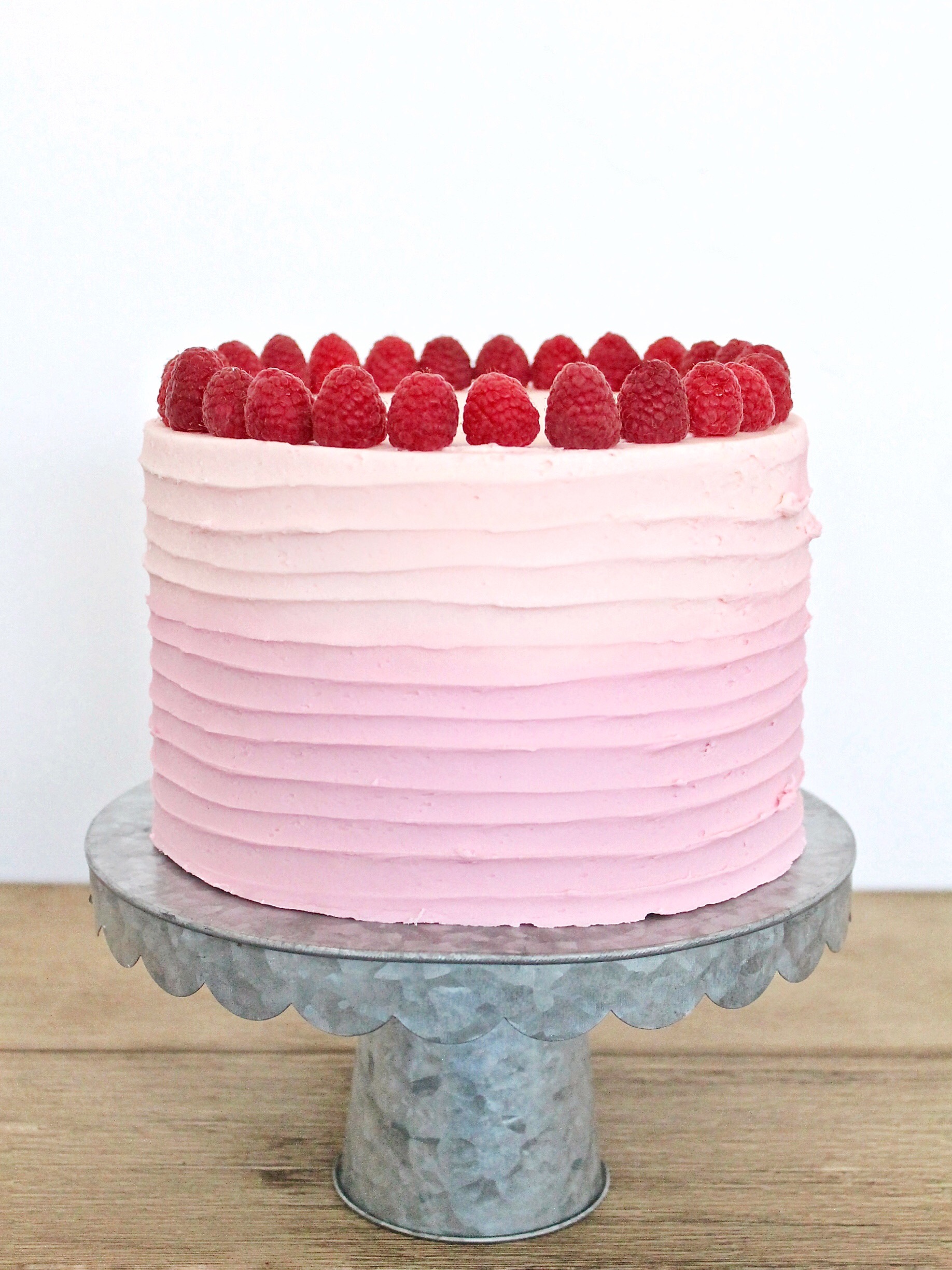 For the frosting, I thought it would be fun to do something less traditional for a “velvet” cake, which usually gets paired with a cream cheese frosting or a vanilla buttercream. I went with a raspberry buttercream, using LorAnn Oils Raspberry Emulsion. The emulsion is clear, so I added a little food coloring gel to the frosting as well. Again, just a drop or two is all you need.

Hope you love this Pink Velvet cake as much as I do! This would definitely make a great Valentine’s Day cake too. Follow me on Instagram @cakebycourtney for more tips and tricks on all things cake! And if you like this cake, you might enjoy some of these as well: 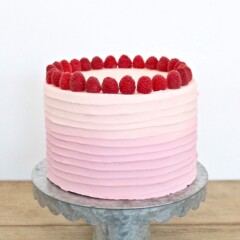 Cuisine Cake
Course Dessert
Keyword Chocolate Raspberry Swiss Roll, Pink Velvet Cake, Valentine's Cake
Have you tried this recipe?
I'd love to see it! Follow @cakebycourtney on Instagram, take a photo and tag it with #cakebycourtney. 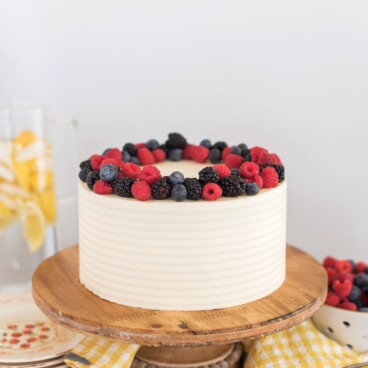 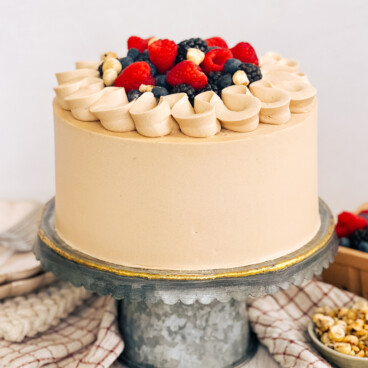 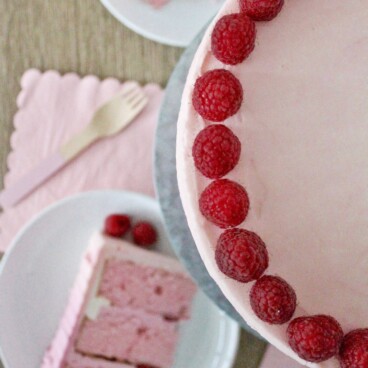 The Best Way to Fill a Cake with Raspberry Filling