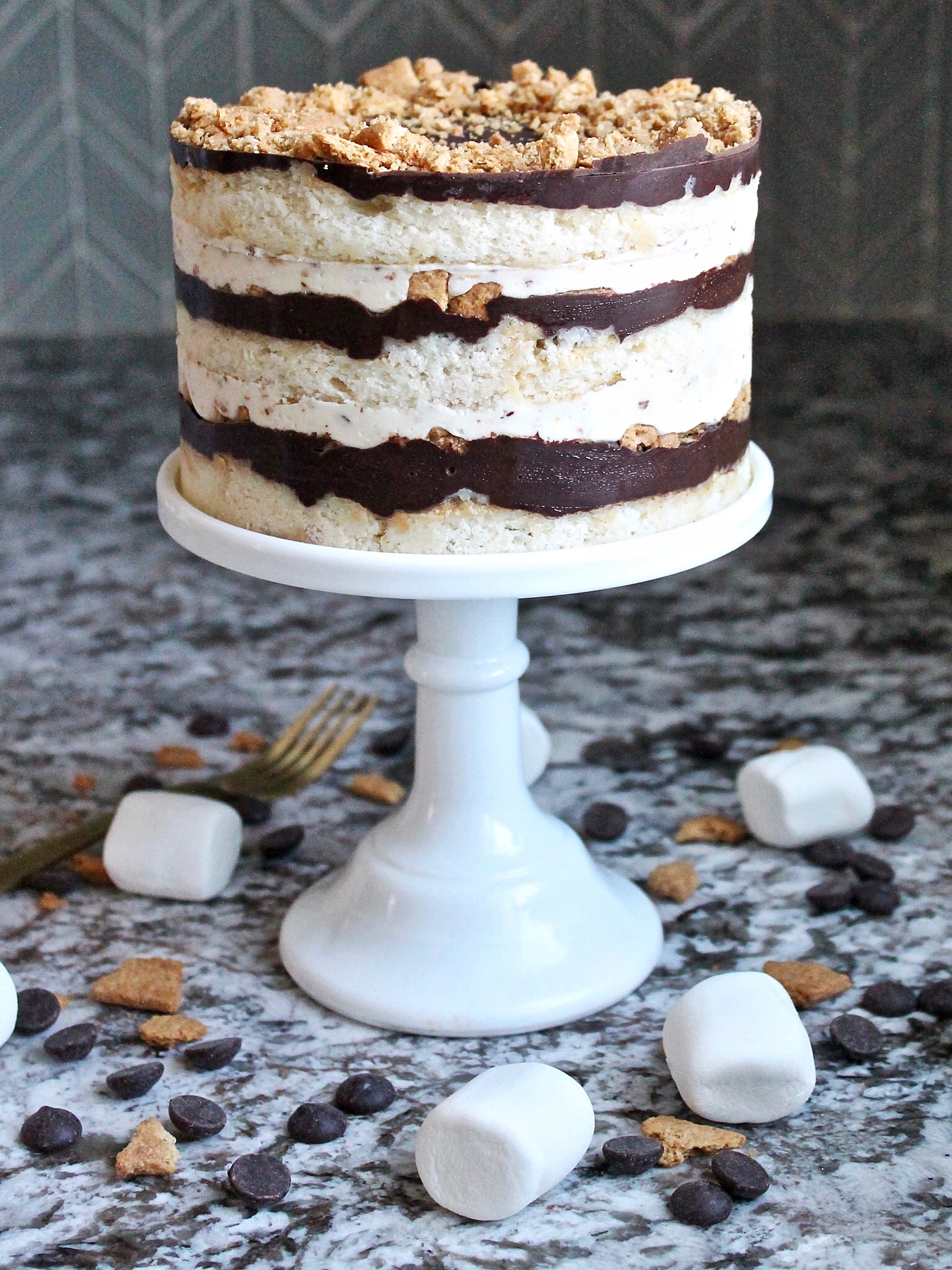 I’ve had this cake on my mind for the last few weeks – as soon as I saw Ben and Jerry’s made a new ice cream flavor with Jimmy Fallon. After making The Tonight Show Cake last year, based off Ben and Jerry’s Tonight Dough ice cream, I’ve been eager to make another cake inspired by another one of their ice cream flavors. It was so fun for me to take all the flavors in The Tonight Dough ice cream and figure out how to put them into a cake. It turned out to be one of my favorite cakes yet! 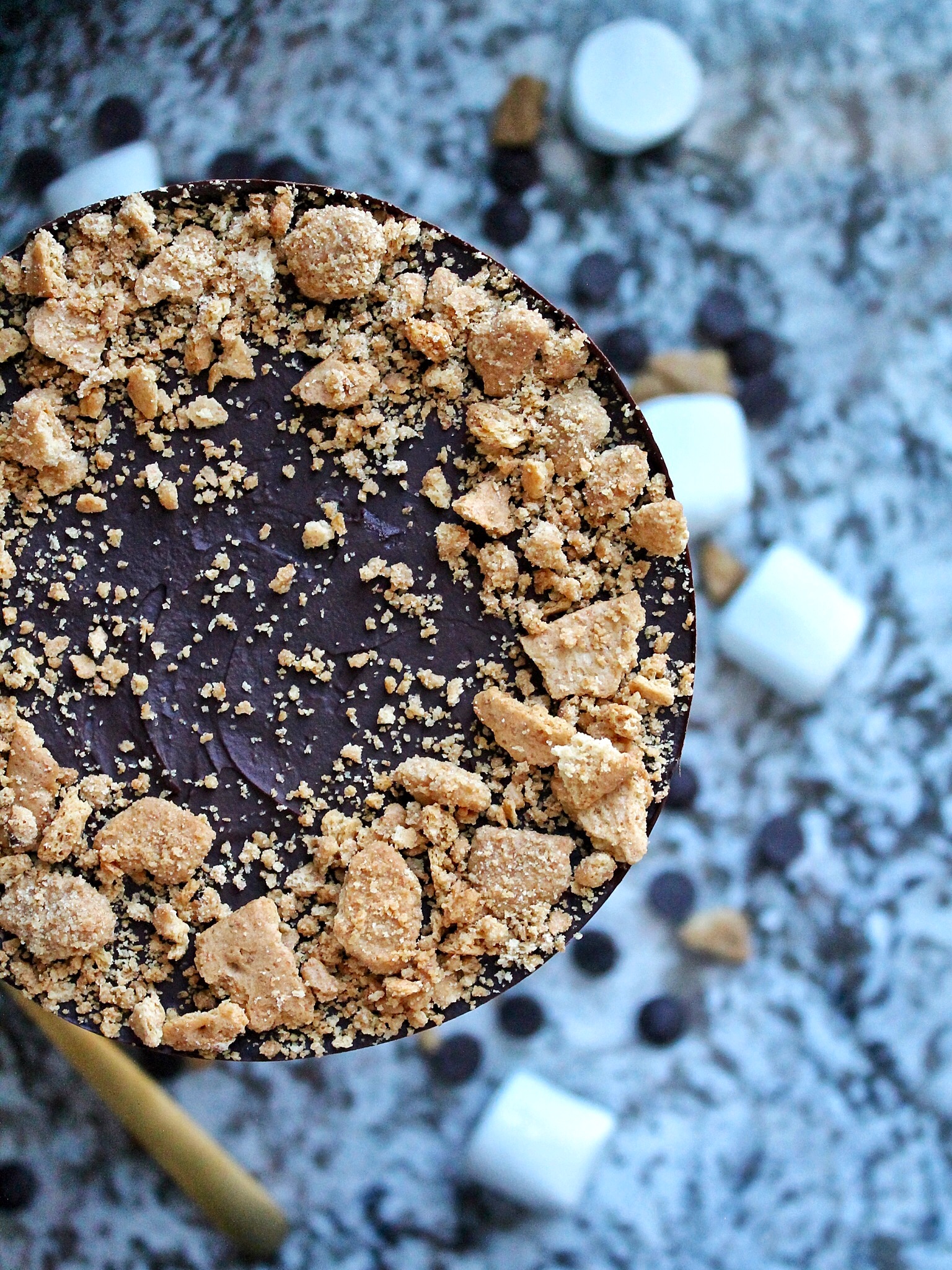 When I saw the new Marshmallow Moon flavor that Jimmy Fallon helped create, I knew this had to be my next cake. The ice cream flavor, which is inspired by a Moon Pie, is made up of vanilla ice cream, marshmallow and graham cracker swirls, and chocolate chunks.

When I started thinking about how I would turn these flavors into a cake, I couldn’t help but feel concerned that it was too similar to my Ultimate S’mores Cake, which is made of chocolate cake baked on top of a graham cracker crust, filled with toasted marshmallow filling and chocolate ganache, and covered with chocolate buttercream. 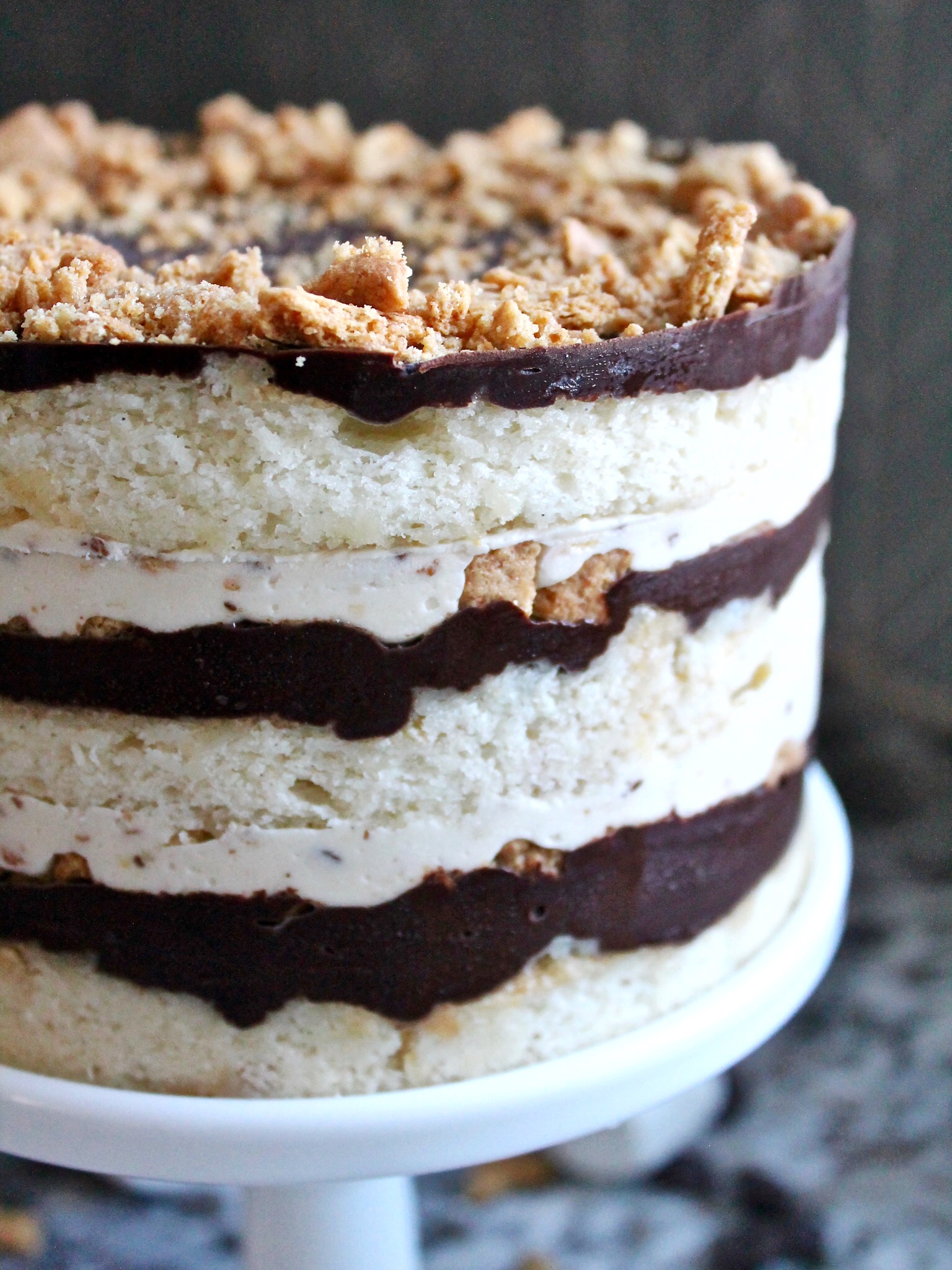 But the more I thought about it, the more I knew I could make this unique and it would have to start with the cake layers. In my S’mores Cake, the cake was chocolate. For this cake, I wanted the cake layers to represent the vanilla ice cream. They needed to be tender and fluffy and have a strong vanilla flavor. To get the right vanilla flavor, I decided to use vanilla bean paste.

I also wanted more texture with the graham crackers than I had in my S’mores Cake. Instead of baking a graham cracker crust, I toasted graham cracker pieces tossed in a butter and brown sugar mixture. Good luck trying not to snack on them before you actually put the cake together. 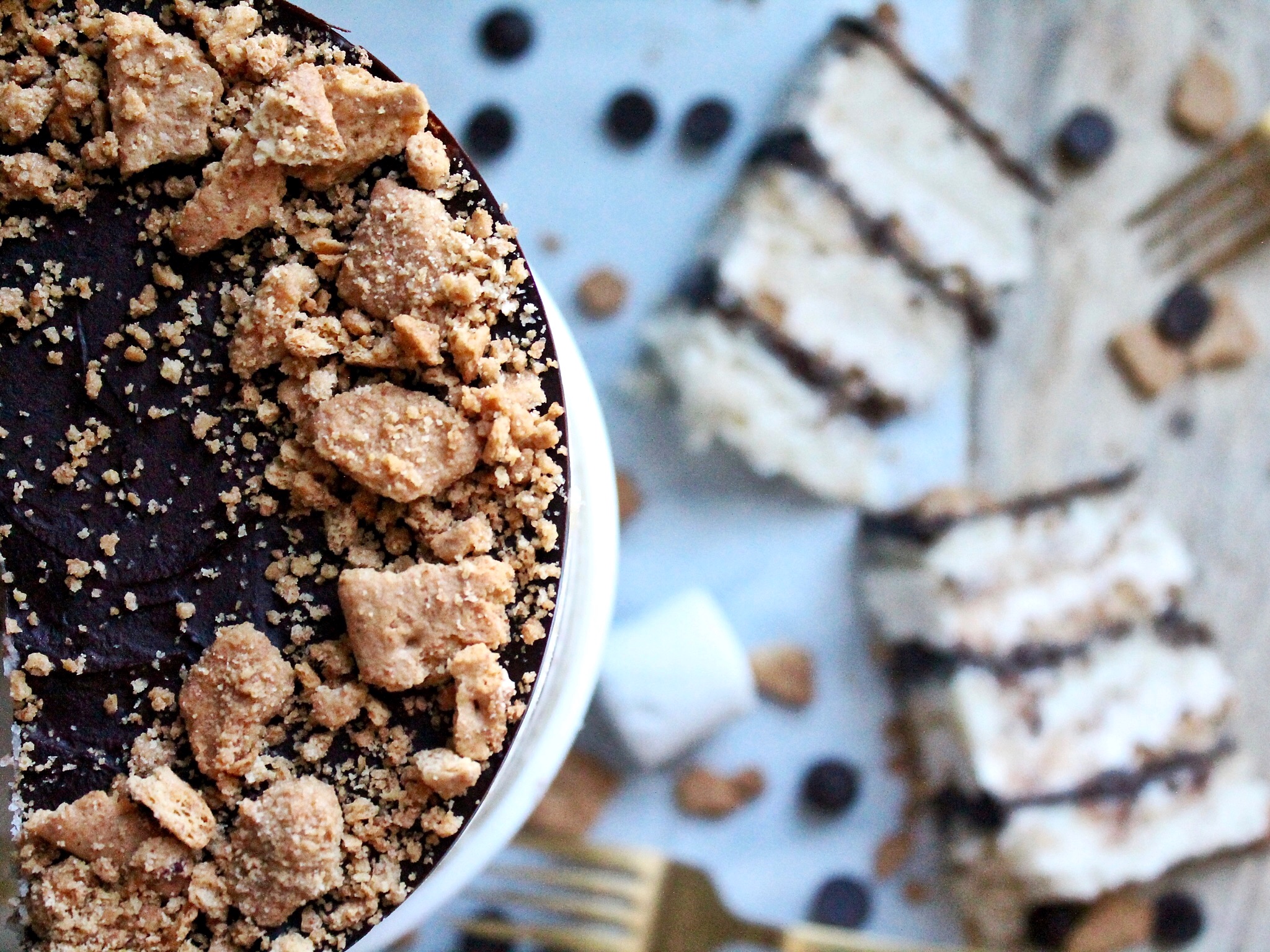 For the marshmallow aspect, using the toasted marshmallow filling from my S’mores Cake was a no brainer. It’s just too good. There’s no reason to reinvent it. 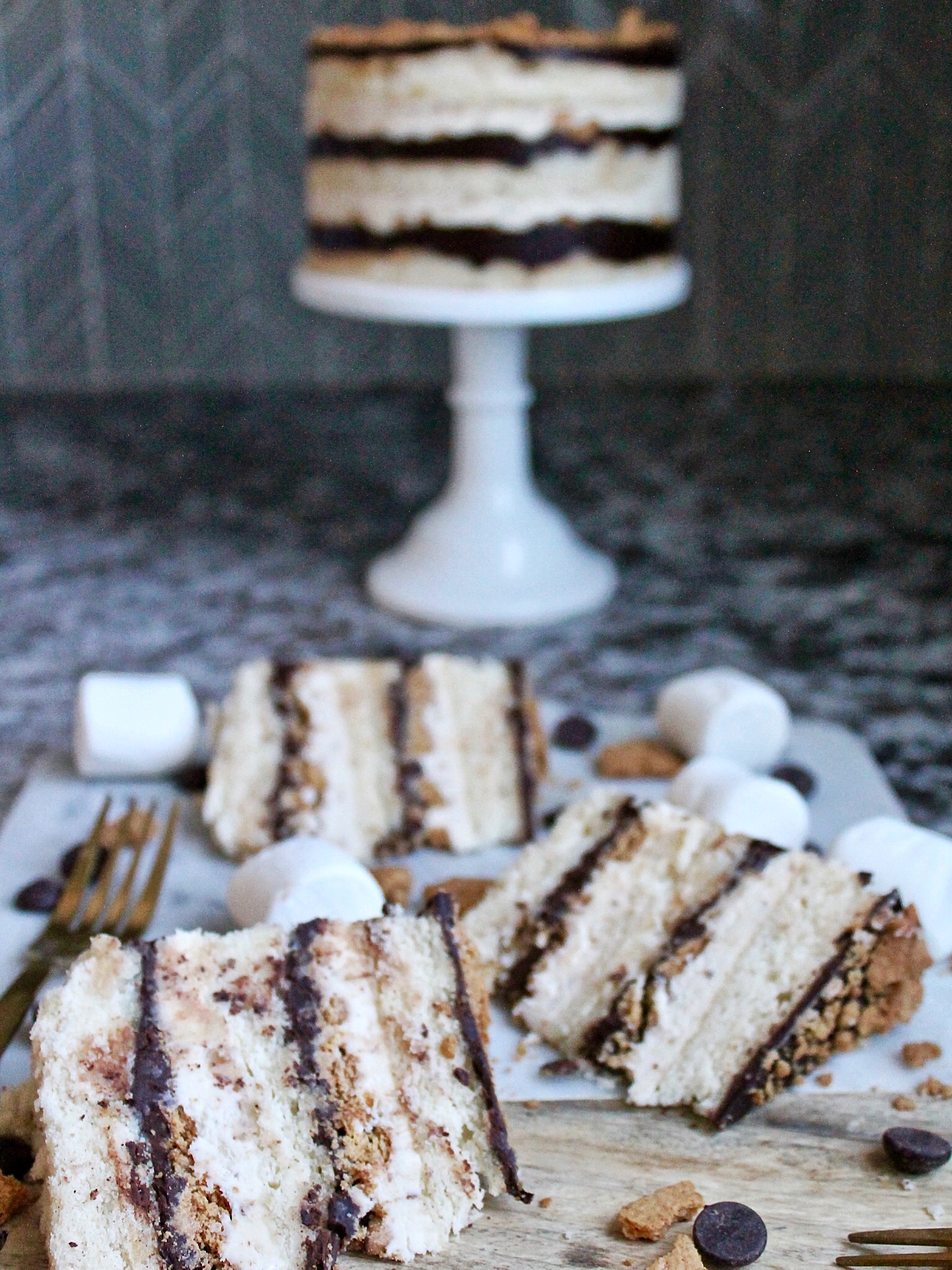 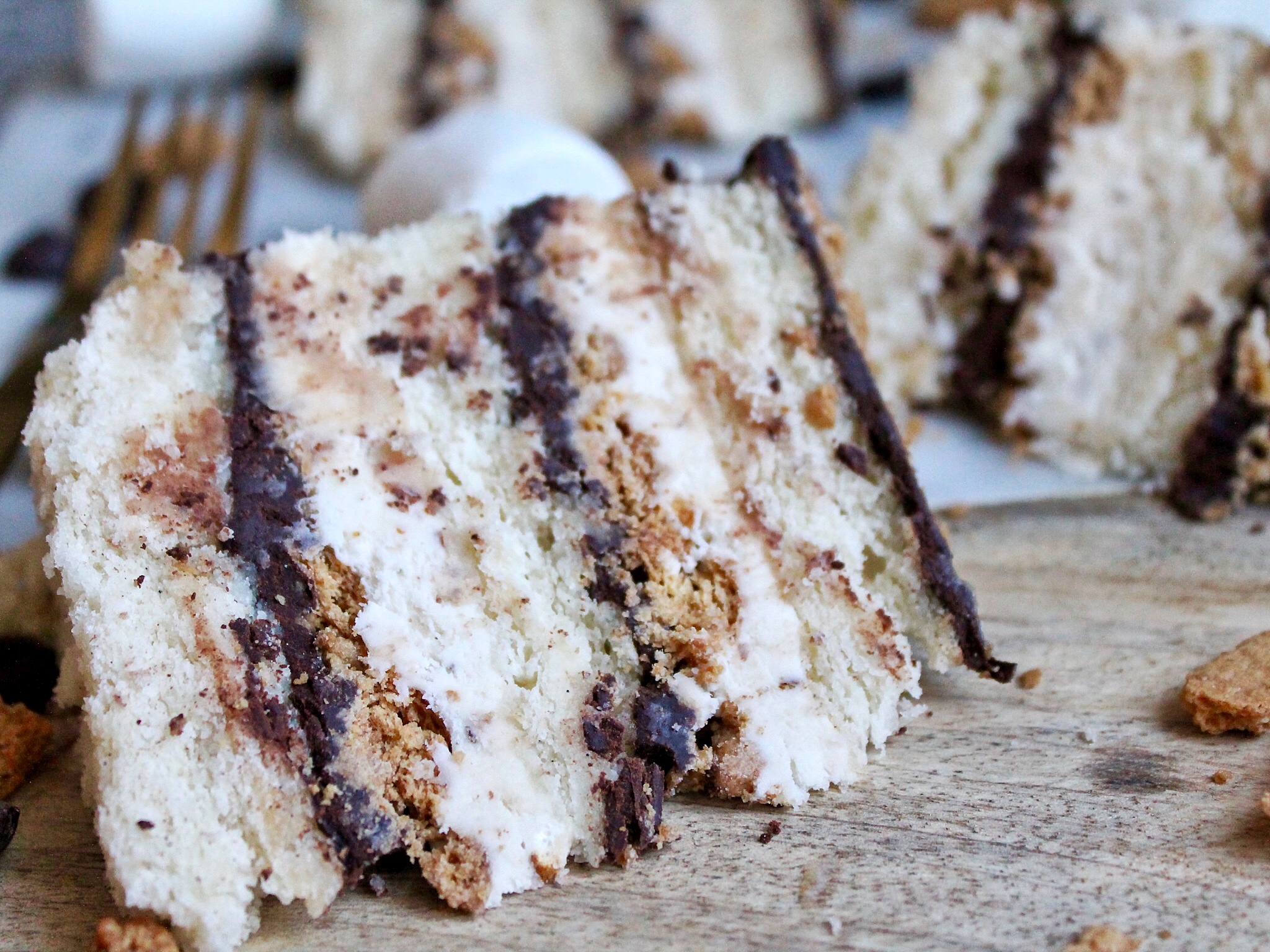 Taking a bite of all these flavors and textures together will hopefully remind you of biting into a Moon Pie.

Take a look at how to put this cake together in my recent KUTV Fresh Living appearance:

Can’t wait to hear what you think! 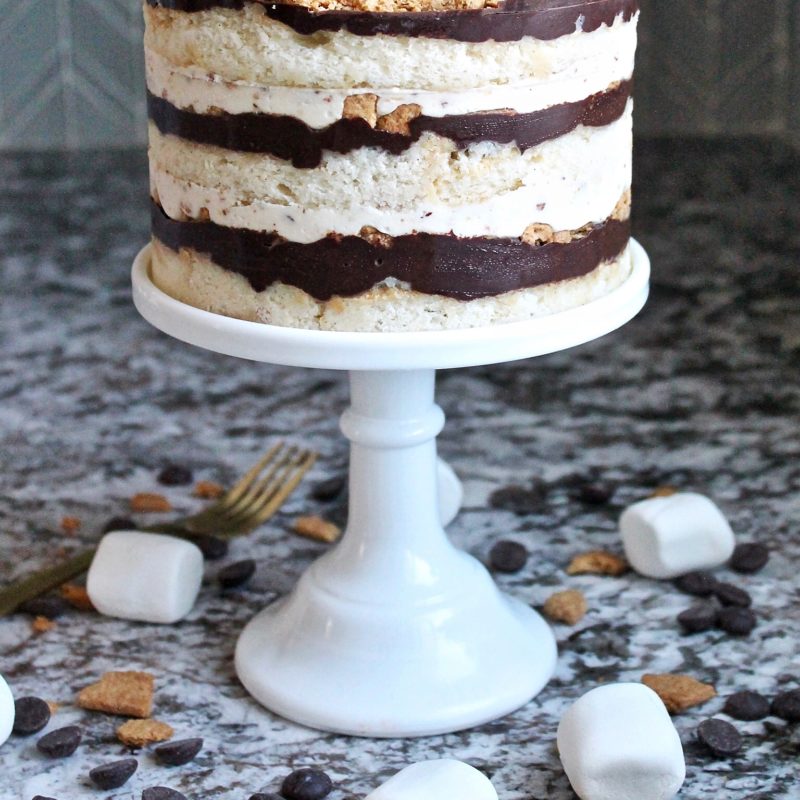 Inspired by the classic Moon Pie and the new Ben and Jerry's Marshmallow Moon ice cream flavor, this cake is made up of vanilla cake layers, toasted graham cracker pieces, toasted marshmallow filling and chocolate ganache.