Sign up for cake recipes and blog updates straight to your inbox!

Thank You!
Please check your email.

Be the first to know about exclusive Cake by Courtney deals and announcements. Sign up here!

Thank You!
Please check your email. 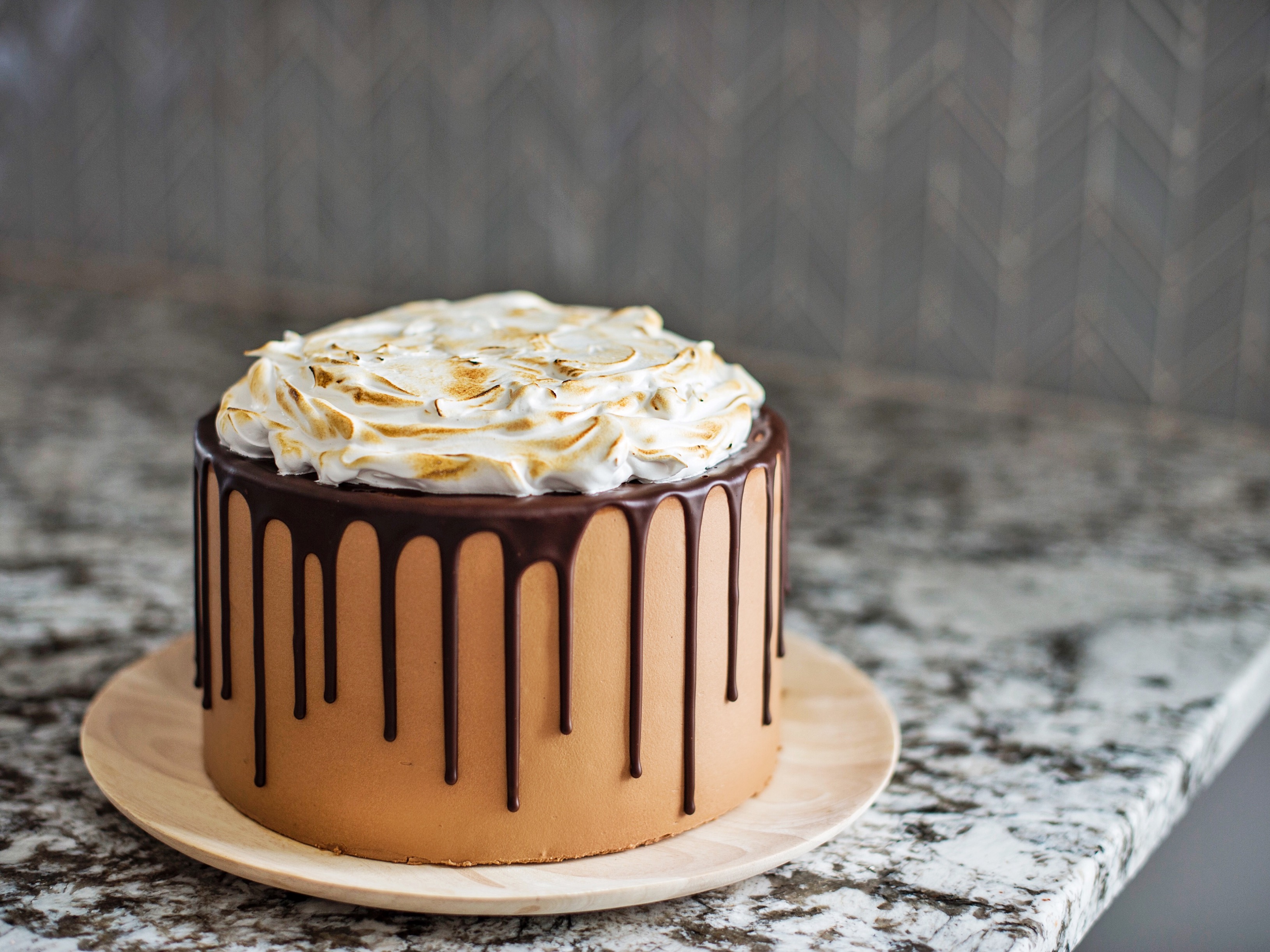 My Love for S’mores Cakes

This post is a long time coming! I’ve diligently been testing different s’mores cake recipes for years now. Seriously! It’s been a personal mission of mine to find (what I consider) the best one. The first s’mores cake I made was Sweetapolita’s original Campfire Delight Cake, made up of dark chocolate cake layers, toasted marshmallow filling and malted chocolate frosting. To this day, it’s one of my favorite cakes, but it didn’t have a graham cracker element to it, which I felt was crucial to a s’mores cake. (In her new cookbook, “Sweetapolita Bakebook,” she made some revisions and the new recipe has graham cracker crumbs in between the layers!) 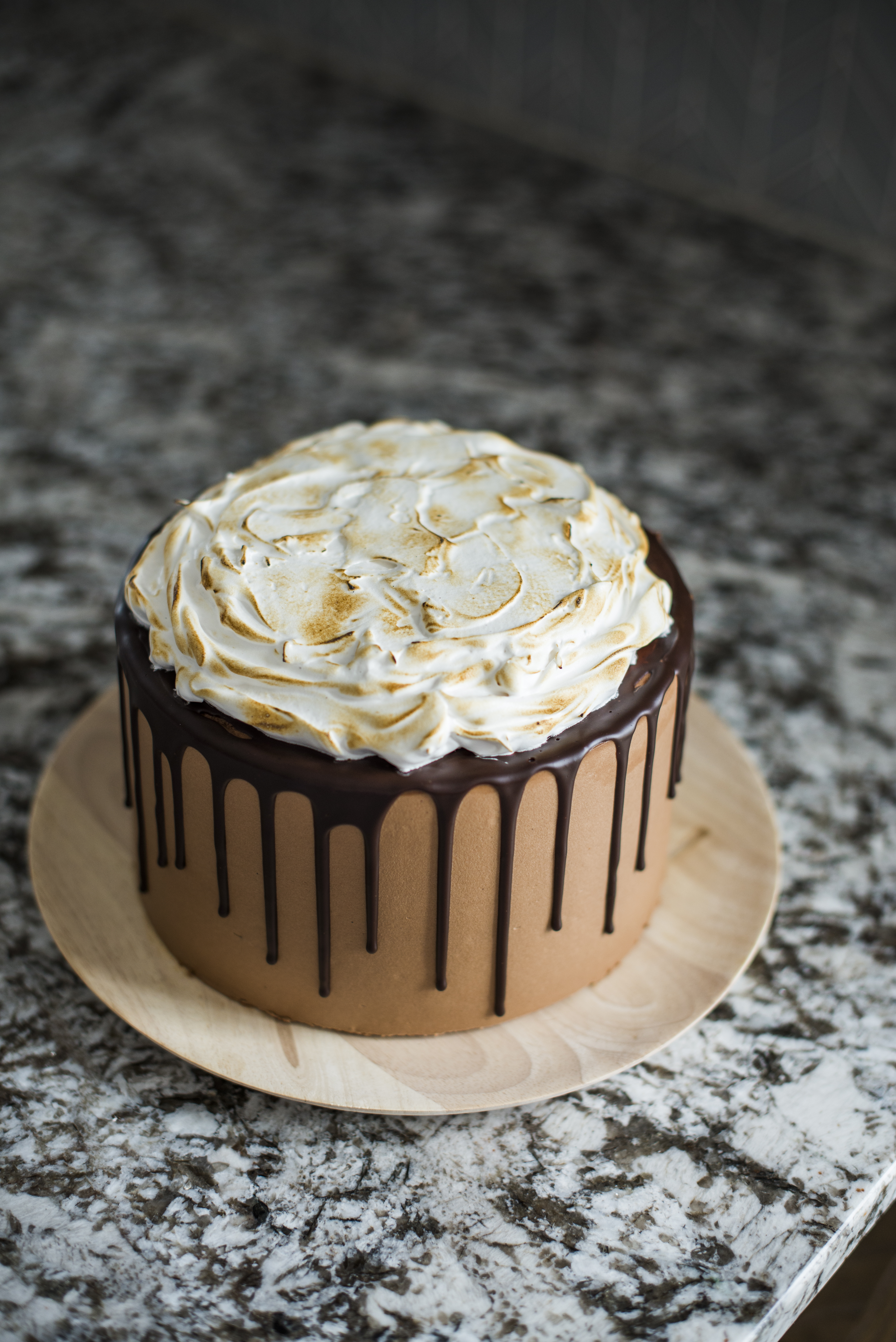 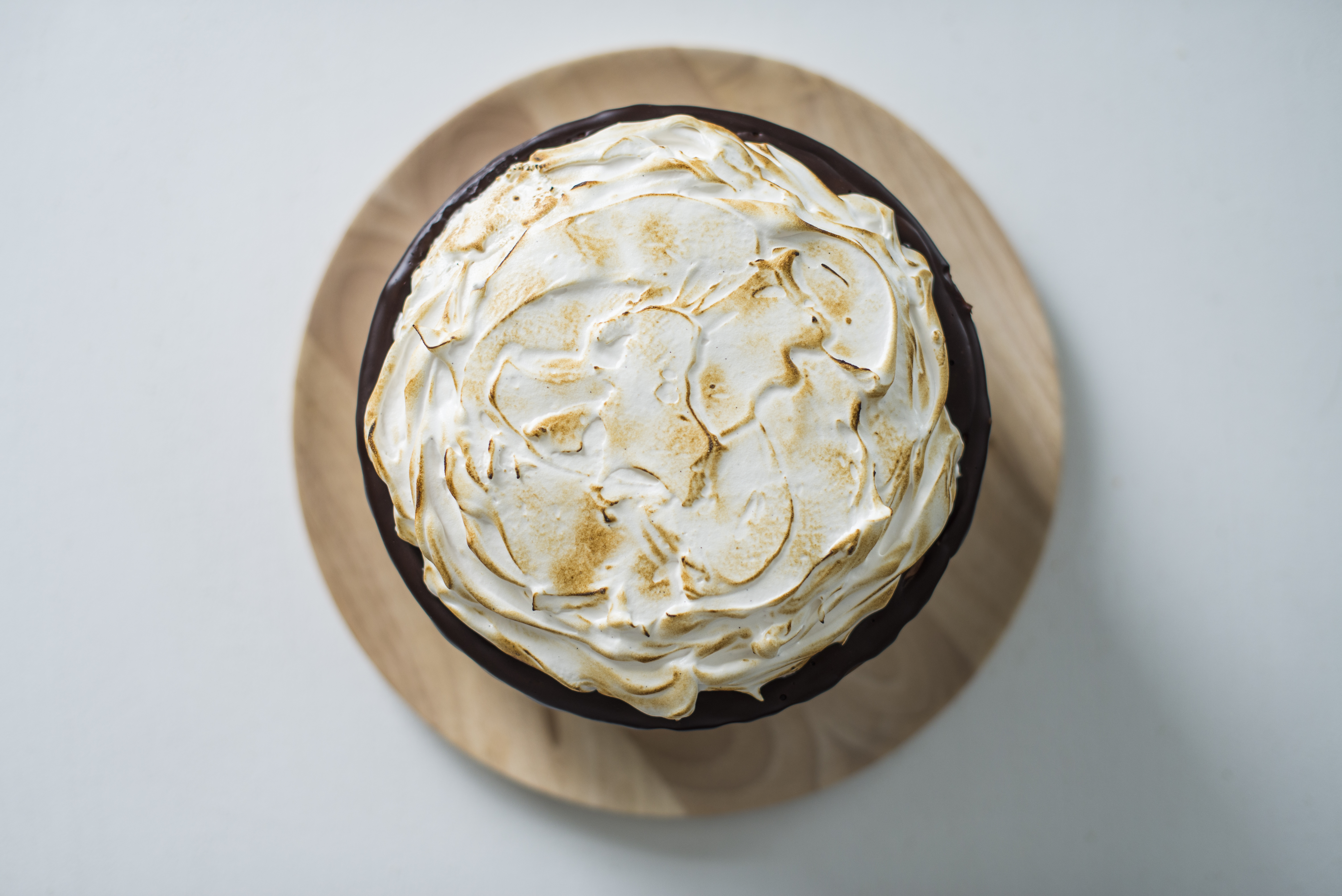 I also tried a couple recipes that had toasted graham cracker crumbs in between each of the layers, but was disappointed in how quickly the graham crackers would get soggy. 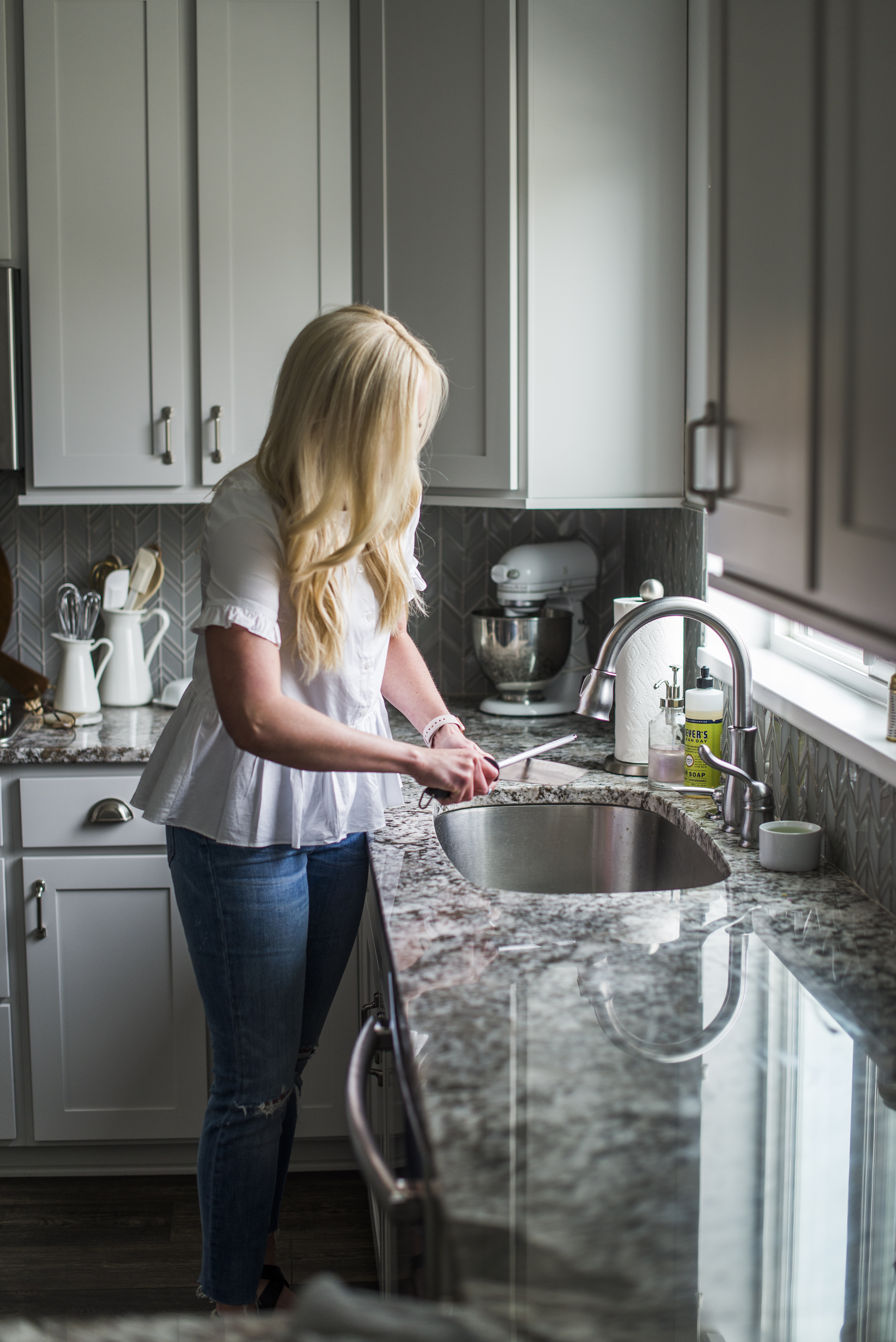 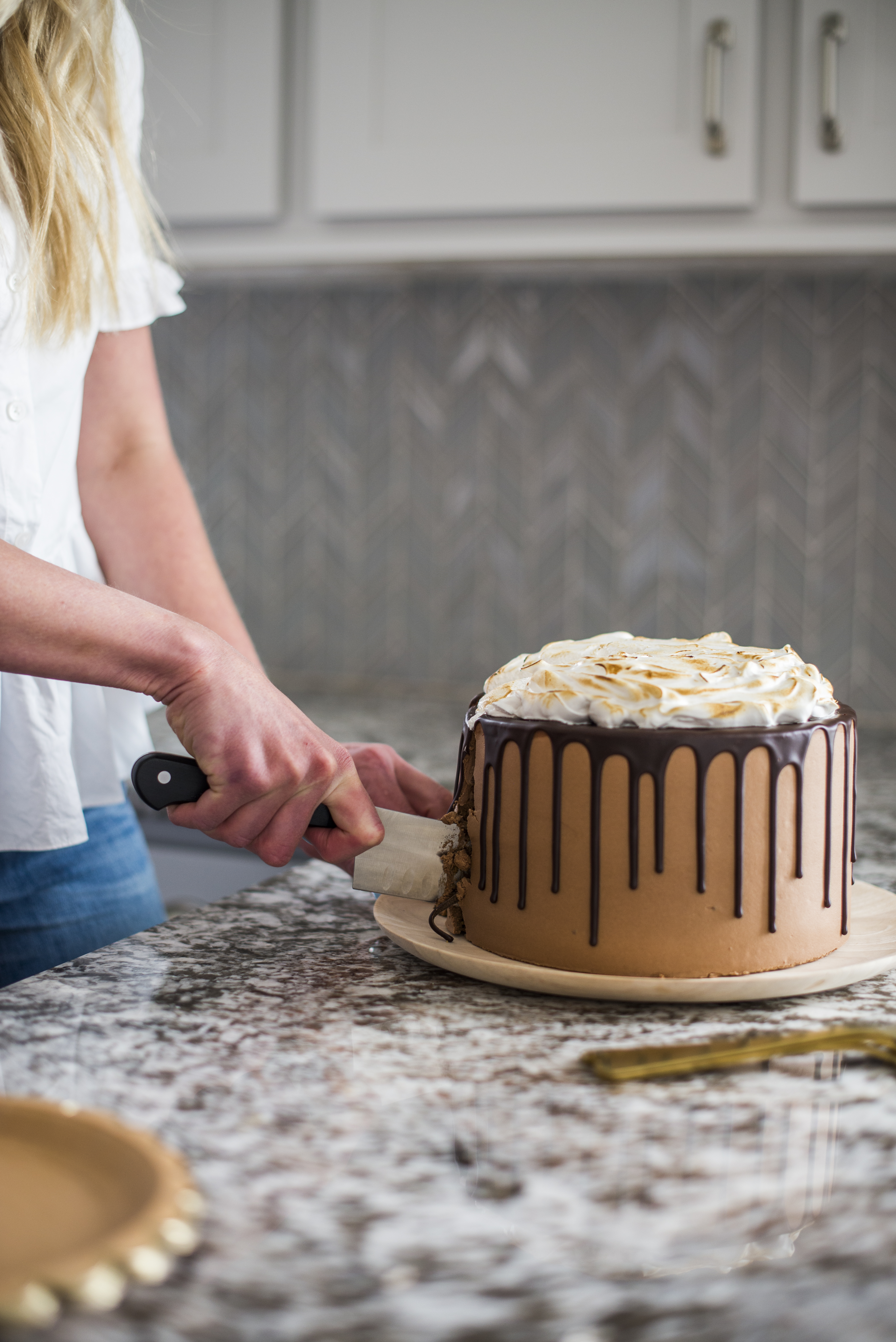 Time for a Cake by Courtney S’mores Cake

Since I hadn’t found a single s’mores cake that rocked my world, I decided to create my own, inspired by some of my favorite elements from the cakes I had tried. One of these components was the Toasted Marshmallow Frosting from Sweetapolita’s Campfire Delight Cake. You guys! It’s unreal! You broil marshmallows in your oven until they’re golden brown, and then, once they’ve had a few minutes to cool, you add the toasted marshmallows to butter, powdered sugar and marshmallow cream. Unreal, right? 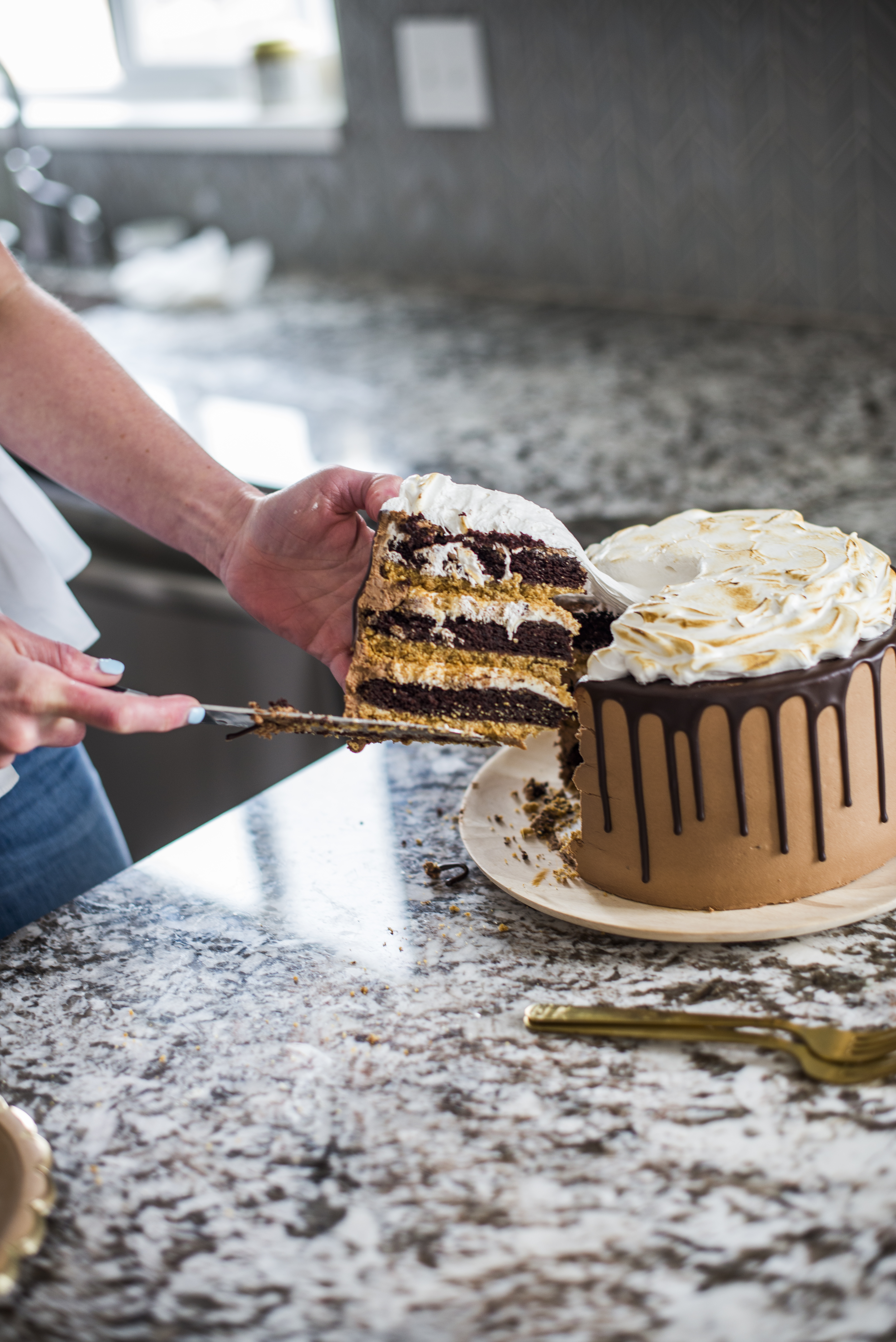 The next element I wanted to incorporate was the graham cracker. To make sure it wouldn’t get soggy, I decided to put a graham cracker crust on each layer that gets baked on its own before adding the cake batter. After the crust bakes, you just pour the chocolate cake batter right into the pans with the crust and bake again. This technique works perfectly for keeping the graham crackers crunchy. 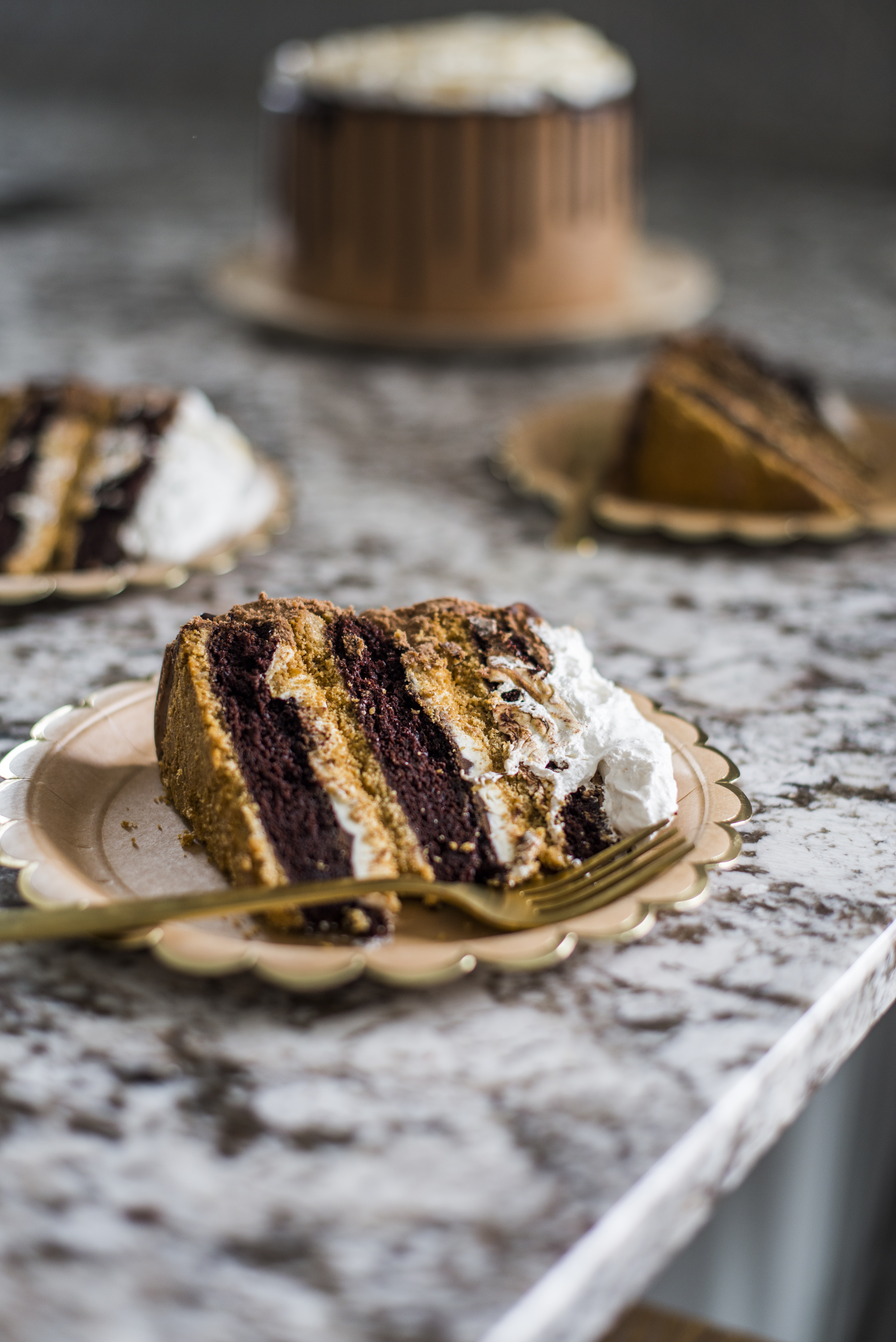 I then decided to cover the entire cake with a silky chocolate buttercream, chocolate ganache drip, and a homemade marshmallow fluff, toasted with a kitchen torch. 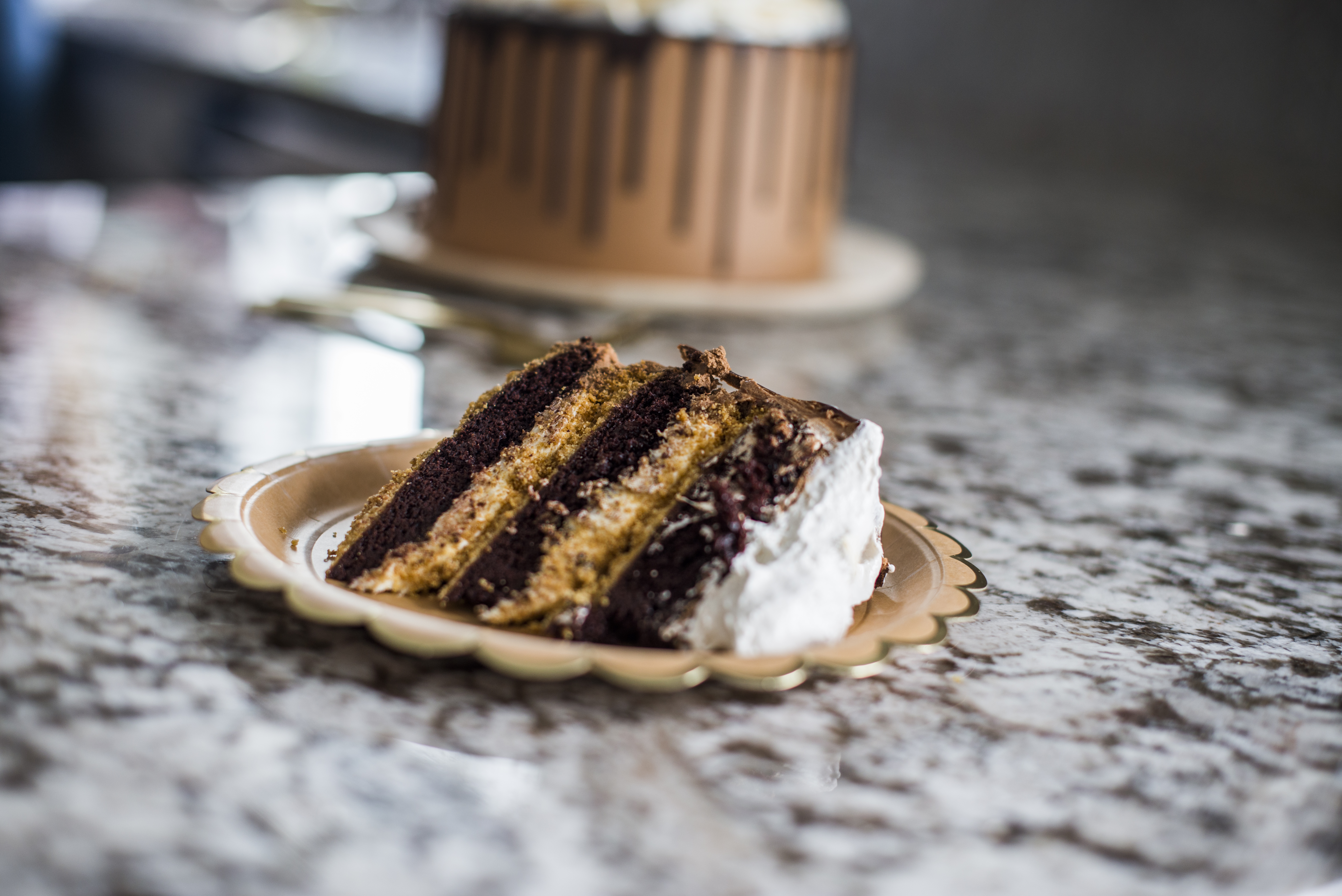 So, in case I lost you, here’s how the cake stacks up: toasted graham cracker crust, dark chocolate cake layers, chocolate ganache, toasted marshmallow filling, chocolate frosting and marshmallow fluff. Is your mouth watering yet? I hope so!
All the ingredients and instructions are below. This cake definitely has a few more steps than your ordinary cake, but this cake isn’t just any ol’ cake. It’s the Ultimate S’mores Cake! Just give yourself enough time to make all the elements or spread it out over a couple days. And make sure to watch my quick time-lapse video to see how I assembled it all. 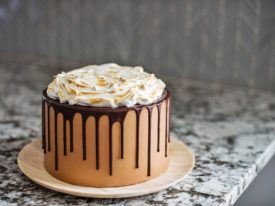 For the Toasted Marshmallow Filling

For the Marshmallow Fluff