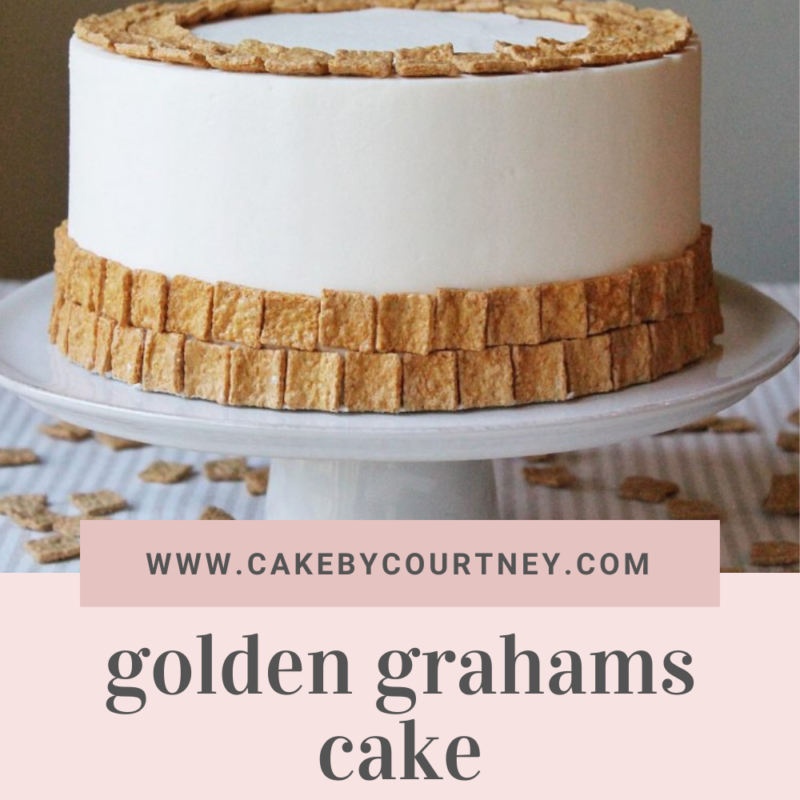 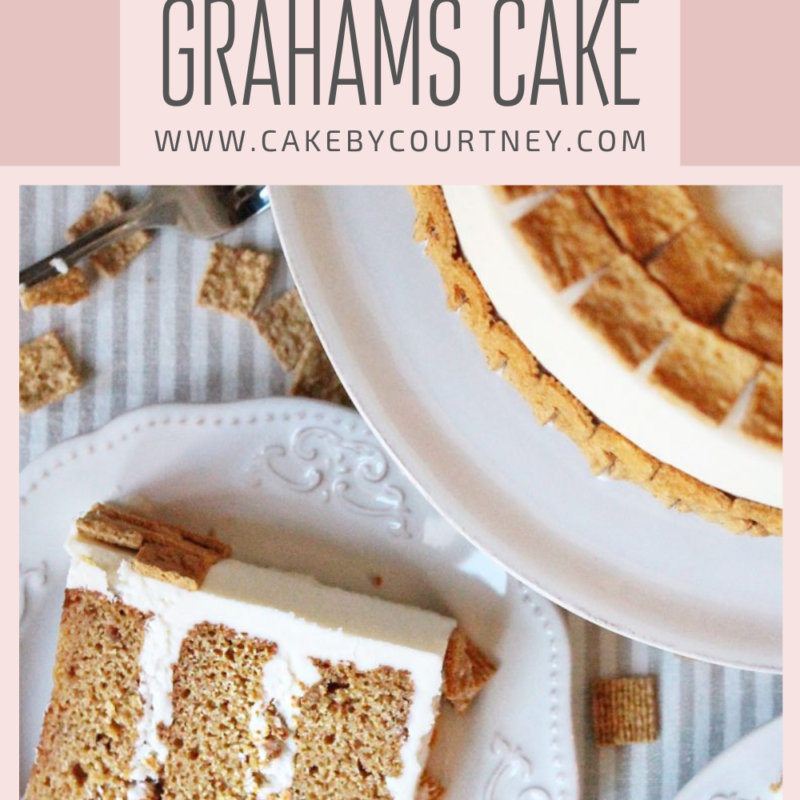 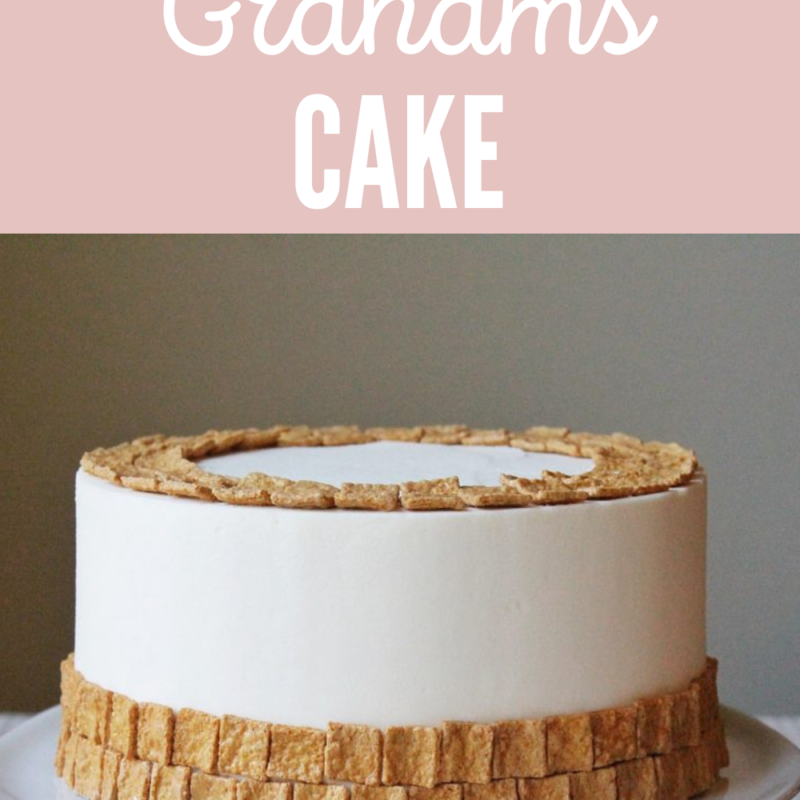 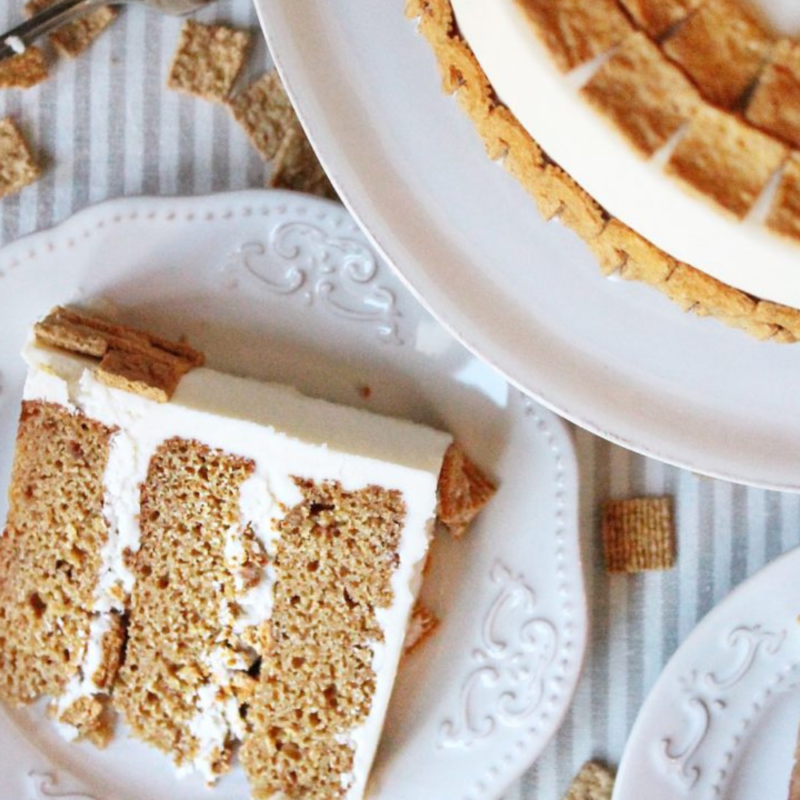 Taking things back to my childhood yet again with another cereal-inspired cake. My new Delicious and Flavorful Golden Grahams Cake is filled with layers of Golden Grahams cake layers, Golden Grahams crunch filling, and a “milk” vanilla buttercream. 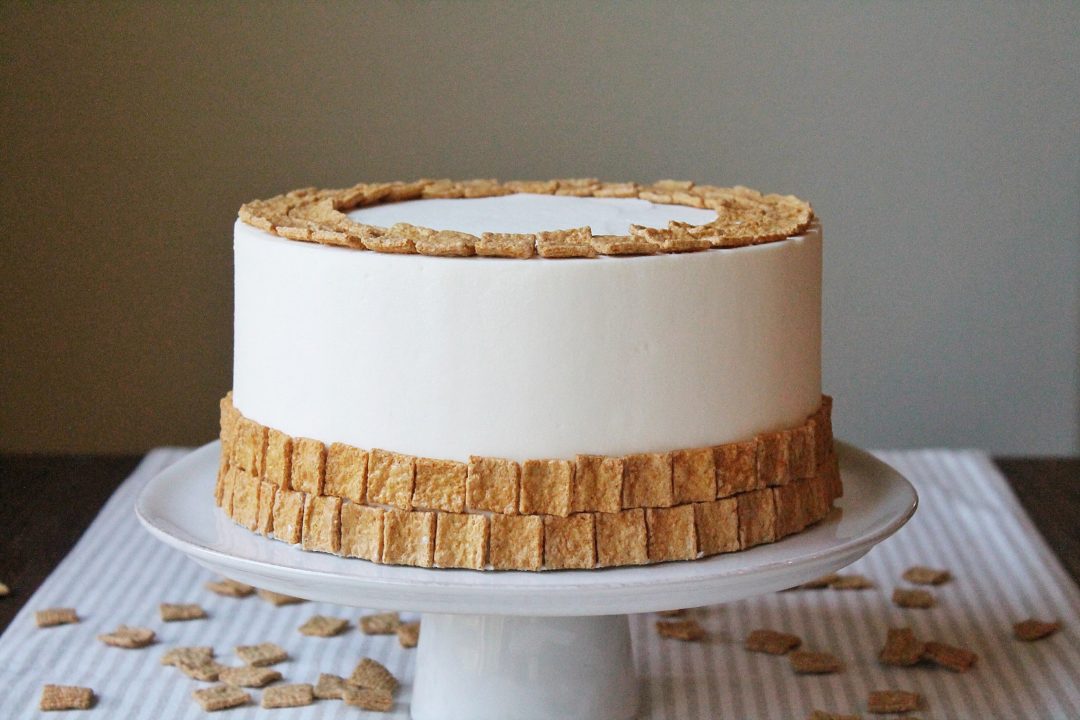 As you probably know by now, my love of cereal runs deep. Don’t tell cake this, but cereal is actually my favorite food. (But cake is a close second!) I love it in the morning, afternoon, and evening. In fact, sitting down with my kids with bowls of cereal in front of us has become a nightly ritual at our house. We call it our “second dinner.” But for me, that time is about more than just another “meal” together. It’s a time my kids start to talk about things that never came up during the day. They seem to have so much to say during “second dinner.” Sometimes it’s fun facts they learned that day, sometimes it’s jokes, sometimes it’s problems that happened at school, and sometimes it’s just stuff they want to get off their chest. No matter what they’re talking about, I just listen. It’s easily my favorite part of the day!

And, of course, I simply love how cereal tastes. I usually go for flavors like Life, Cheerios or Special K with Strawberries. But, I’ll also never turn down a bowl of Lucky Charms, Golden Grahams or Cinnamon Toast Crunch! Wheat and corn — I truly love it all! 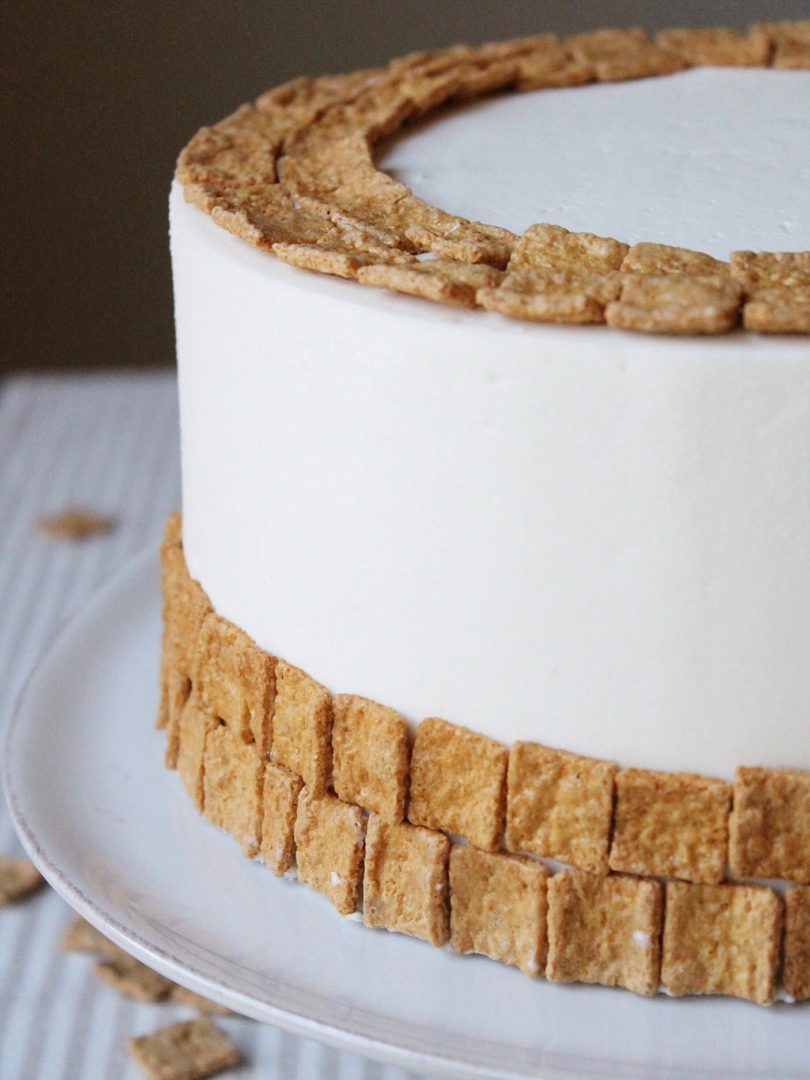 The idea for my first cereal-inspired cake came from Christina Tosi of Milk Bar. As I was flipping through her cookbook one day, I noticed recipes for her Cereal Milk and Cereal Crunch. She uses them in her ice creams, cakes, and cookies. It’s a truly brilliant way to add the flavor of cereal to any kind of dessert.

I ended up trying both recipes with Fruity Pebbles for my Fruity Pebbles Cake I did last year. It was such a hit that I’ve been dying to do another cereal-inspired cake ever since. I recently reposted my Fruity Pebbles Cake on Instagram and asked you what flavor of cereal cake they’d like to see next. Cinnamon Toast Crunch was super popular, but I decided against that one because I already have a Churro Cake and Snickerdoodle Cake: both of which have similar flavors to Cinnamon Toast Crunch. So, I looked at the next most requested cereal and it happened to be another one of my favorite honey and brown sugar cereals- Golden Grahams. I knew this toasted square-shaped cereal would be amazing for a cake! 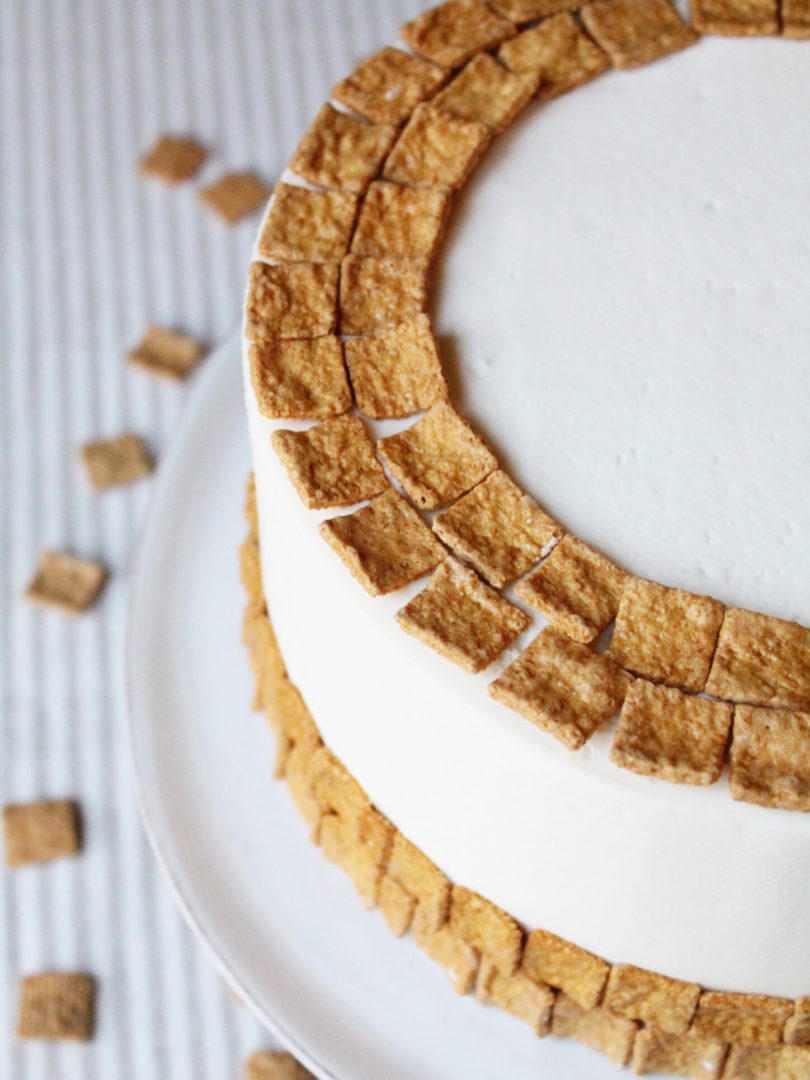 After I decided which cereal flavor to make as my cake, I used the base recipes from Milk Bar for the Cereal Milk and Cereal Crunch. For the Cereal Milk, all you have to do is let the cereal soak in milk for about 20 to 30 minutes. You’ll then strain and save the milk for the cake.

For the Cereal Crunch, you’ll simply combine the small toasted square-shaped cereal pieces with milk powder, a little sugar, salt and melted butter. It then bakes for a bit to cook all the pieces to help give the cake an extra crunch.

I do recommend doing the assembly of this cake as close as possible to the time you plan to serve it. The Cereal Crunch does tend to get soft if you do it too far in advance, even if you freeze it. I usually make each component of the cake ahead of time and then assemble day of my party or event. Everything stores well in the freezer in airtight containers. 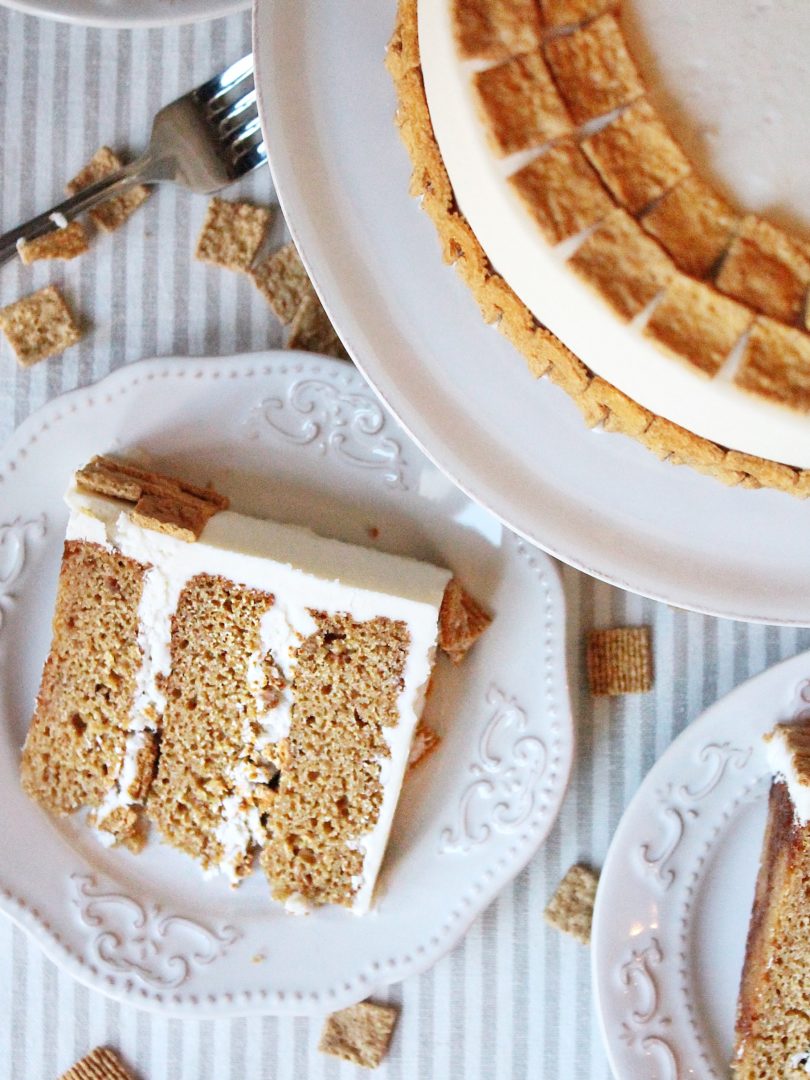 But just for good measure, the recipe for the Cereal Crunch gives you plenty to fill the cake and to serve some with each slice. 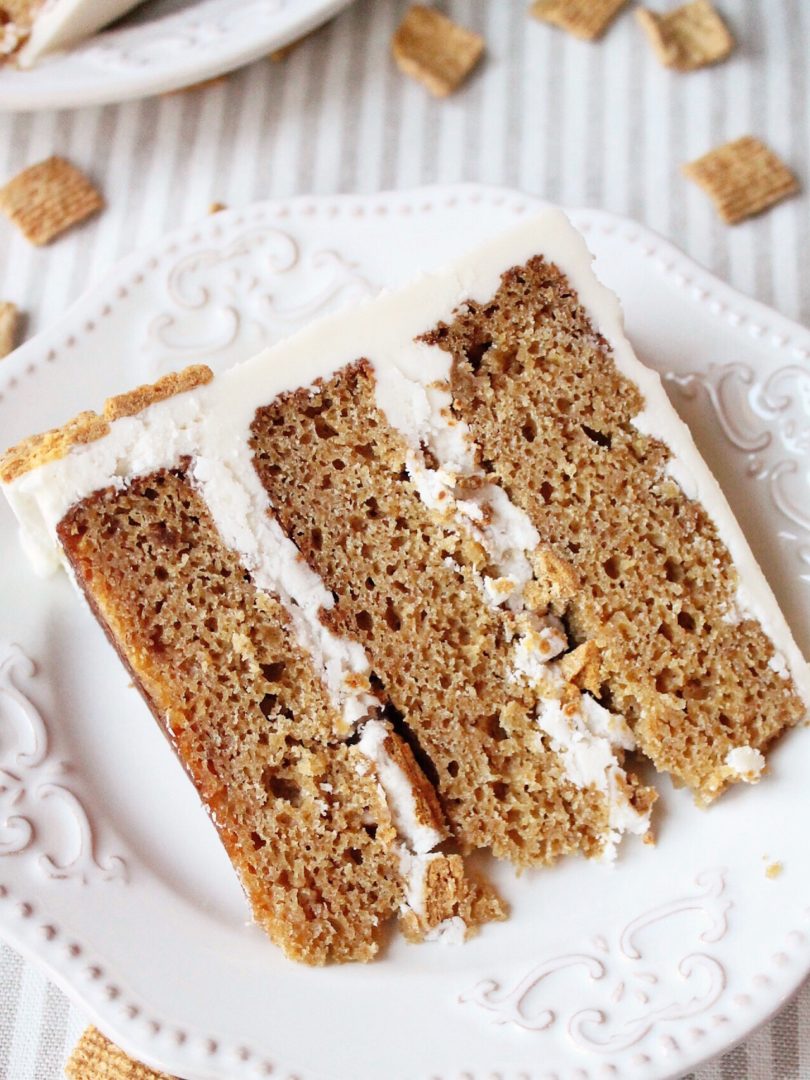 The texture of this cake reminds me a lot of my Biscoff Cake. You’ll notice it’s a little more dense than a typical yellow or chocolate cake. The “milk” vanilla buttercream is so light and fluffy, it provides the perfect balance to the cake layers.

I have assembly instructions in the recipe, but here’s a quick assembly video to help you along too! Placing the square-shaped cereal pieces can be tedious, but it looks so good!

I hope you enjoy this delicious and flavorful golden grahams cake as much as we do! Follow me on Instagram @cakebycourtney for more tips and recipes on all things cake! 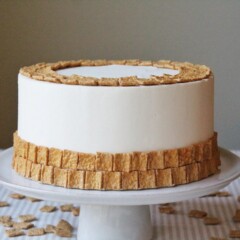 FOR THE CEREAL MILK (adapted from Milk Bar)

FOR THE CRUNCH FILLING (adapted from MIlk Bar)

FOR THE CEREAL MILK

FOR THE CRUNCH FILLING