Hard to believe February is here tomorrow! January is truly the longest month of the year and I’m not one bit sad to say goodbye to it.

Last week I posted my new Pink Pavlova and today we have my new Raspberry Cream Cupcakes made with a tender vanilla bean cupcake and raspberry cream. The combination of these two simple elements is a light, but truly delicious treat.

These vanilla cupcakes are easy-to-make and bake up beautifully. To get started, make sure you have the following ingredients on hand:

How to Make the Perfect Vanilla Cupcakes

To get started, line two cupcake tins with cupcake liners.

The whipped cream filling for this cake is truly something special. You’ll be amazed at how easily this comes together and how stable it is. We’re even piping with it!

How to Make Raspberry Cream

If you don’t want raspberry filling, you can sub any freeze dried fruit for the raspberries. 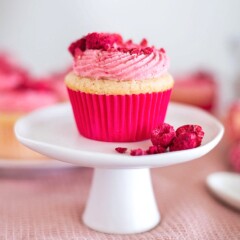 FOR THE RASPBERRY CREAM

FOR THE RASPBERRY CREAM 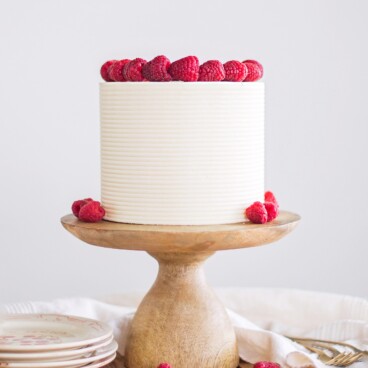 How to Decorate a Cake with Raspberries 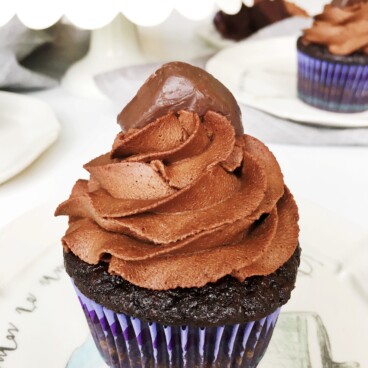