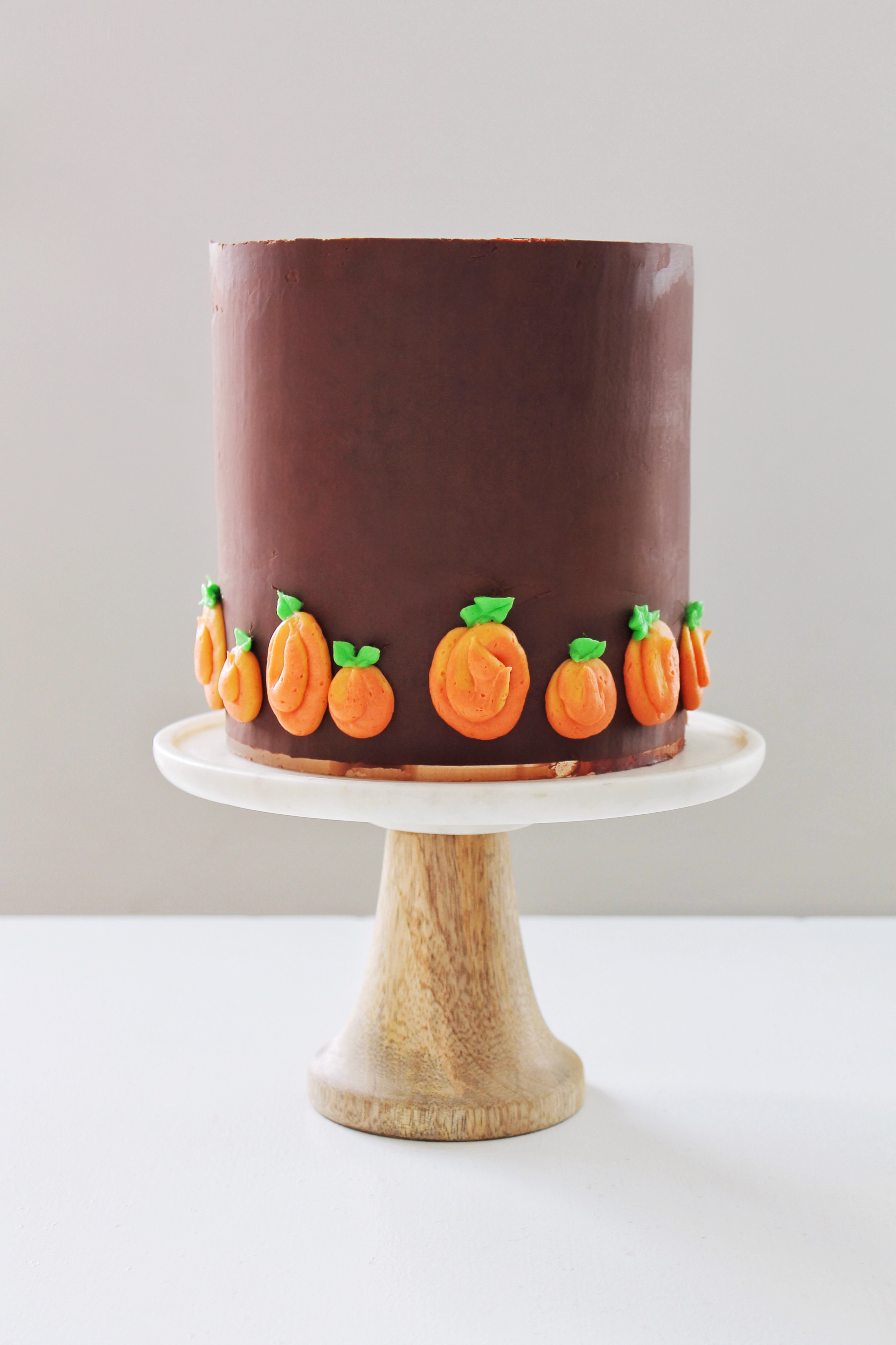 It’s officially Fall and there’s no better way to start the new season than with a new cake! This pumpkin cake with maple cinnamon cheesecake and chocolate ganache is a new twist on a pumpkin cake I did a couple of years ago. When I first made this cake, I did a chocolate ganache filling and a maple cream cheese frosting. I loved it so much back then that I thought I’d bring it back, but with a twist! 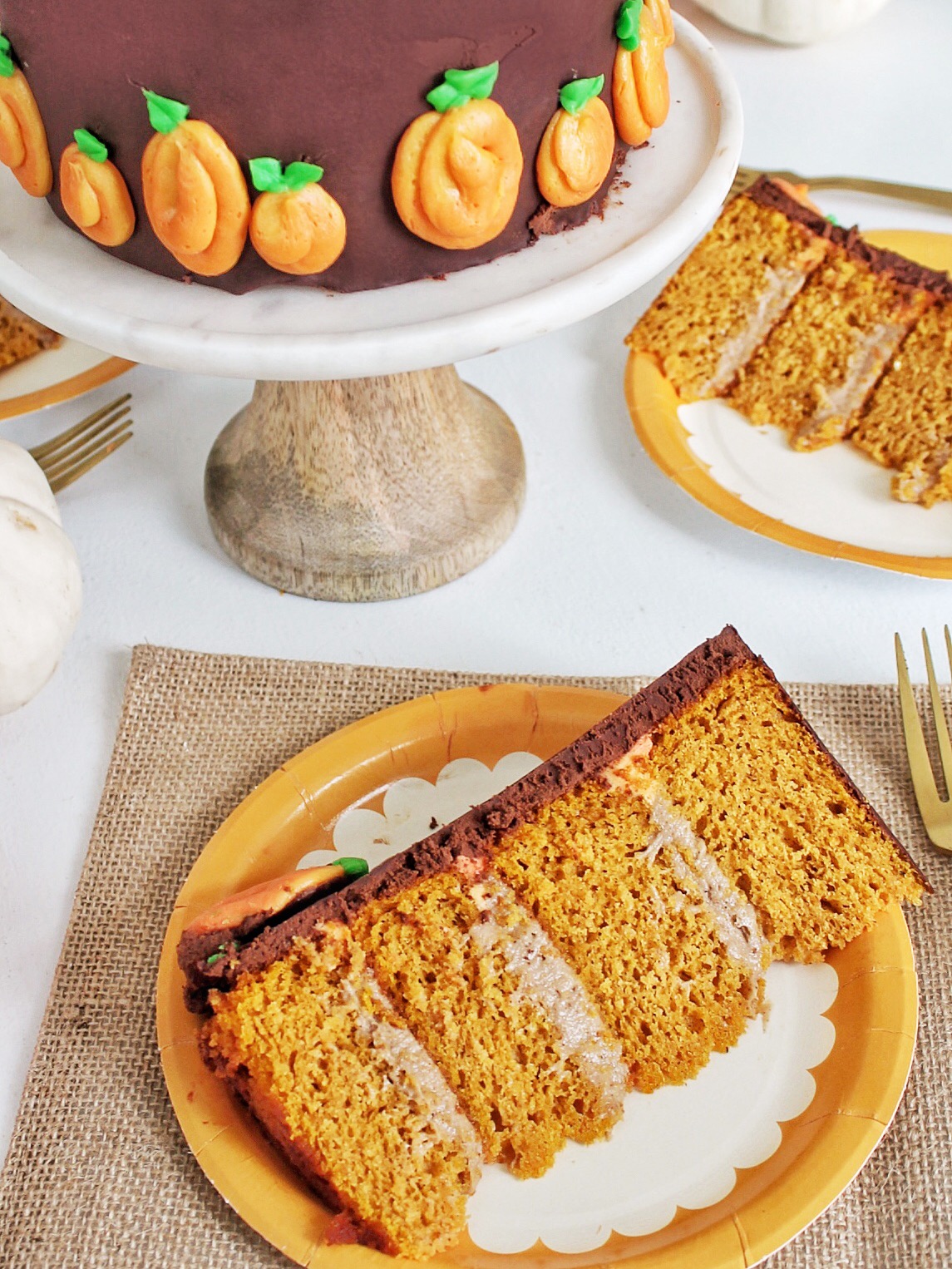 In the first version of this cake, the maple cream cheese frosting was pretty sweet. A little too sweet when paired with the sweetness of the cake and the richness of the ganache. This time around, I thought I’d tone down the sweetness and add a new flavor element. The maple cinnamon cheesecake filling gives the cake a little sour taste, which balances so nicely with the sweet cake and bitter dark chocolate. 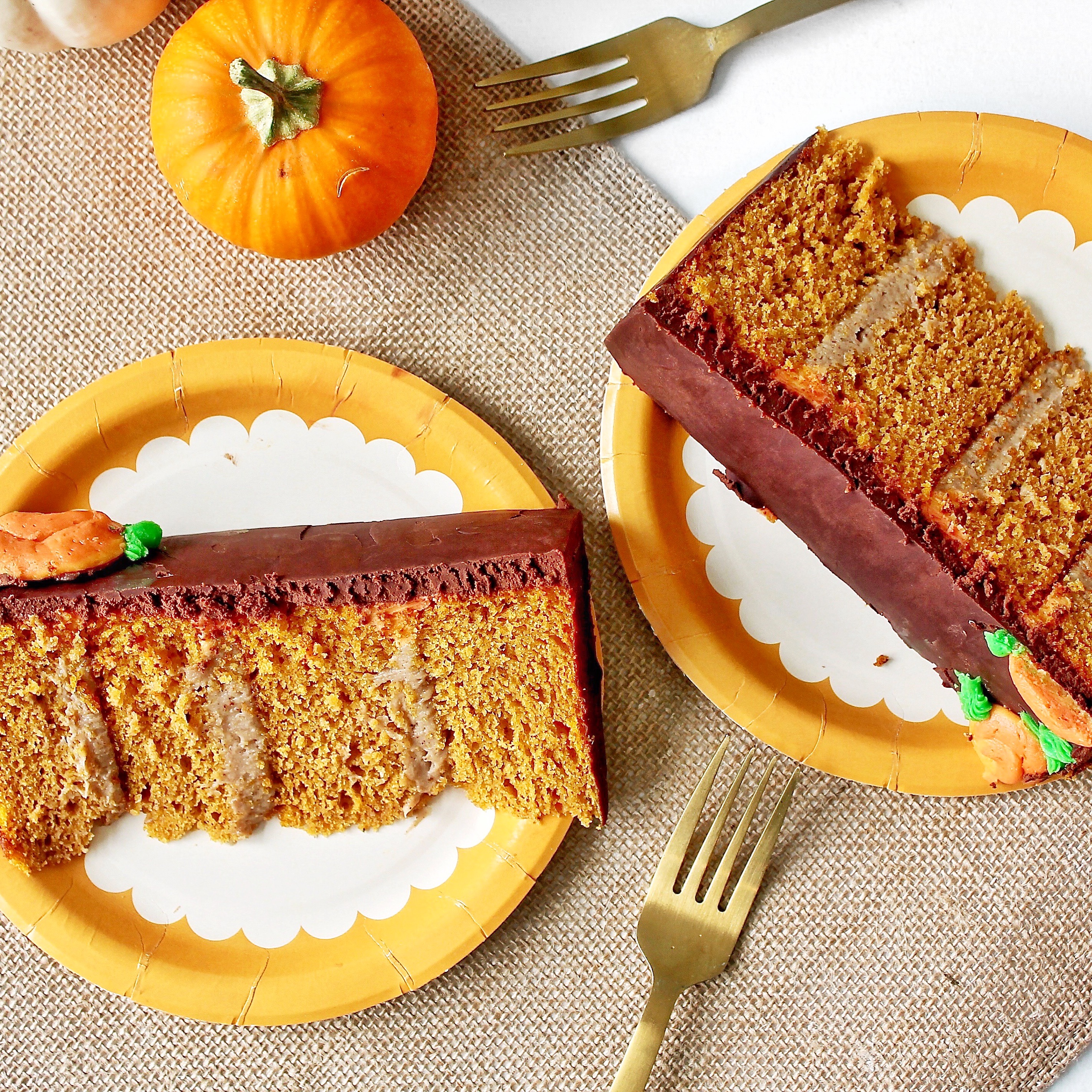 The cake itself is adapted from Sweetapolita. It’s so tender and flavorful. In fact, let this be your warning: you’ll likely eat it all on its own before even getting to the filling and ganache. It’s just that good! 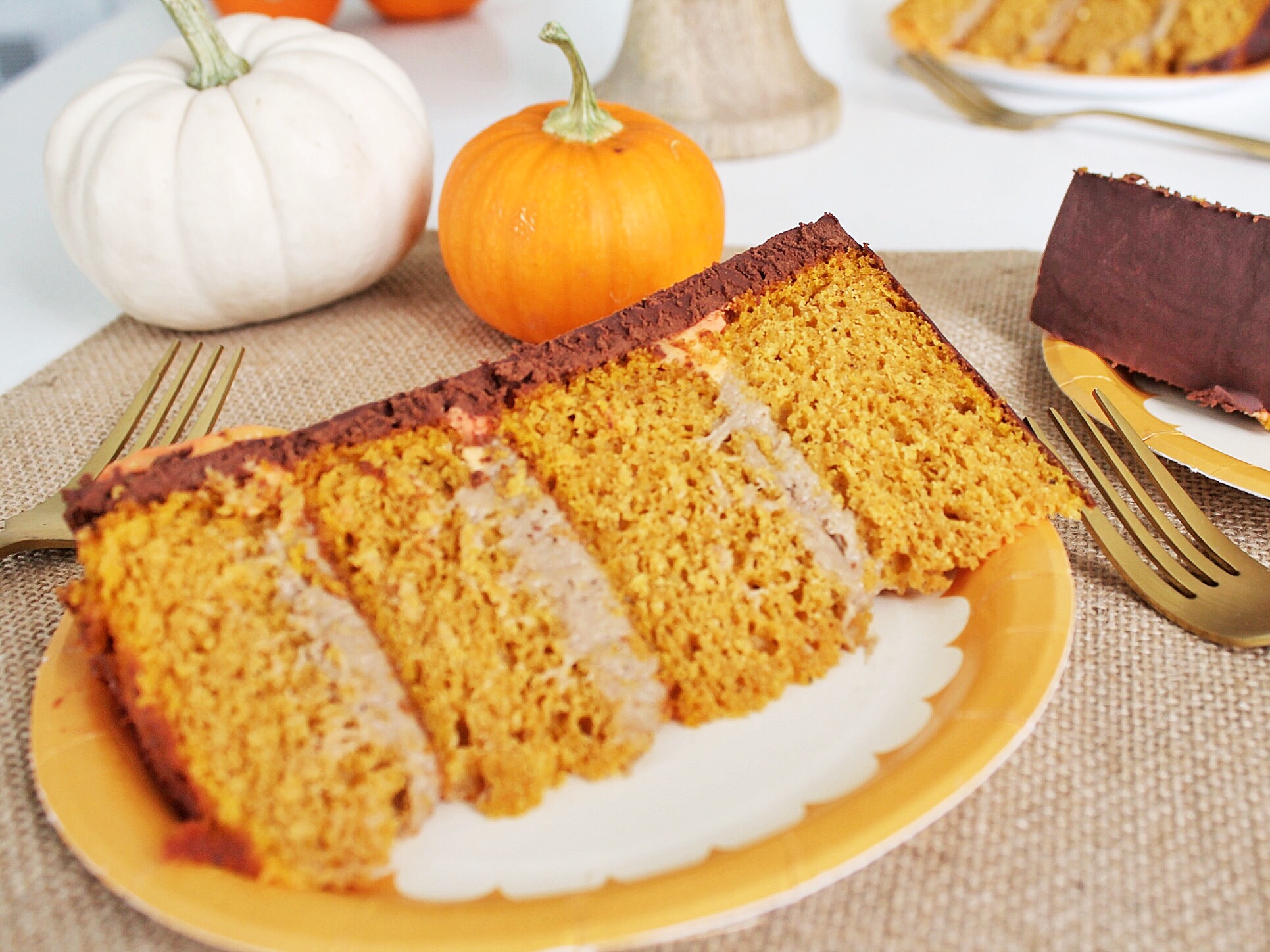 For the ganache, I recommend using a dark chocolate but you can also use semi-sweet. Just don’t use milk chocolate, it will be too sweet and I don’t think pairs as well with the cake and filling. 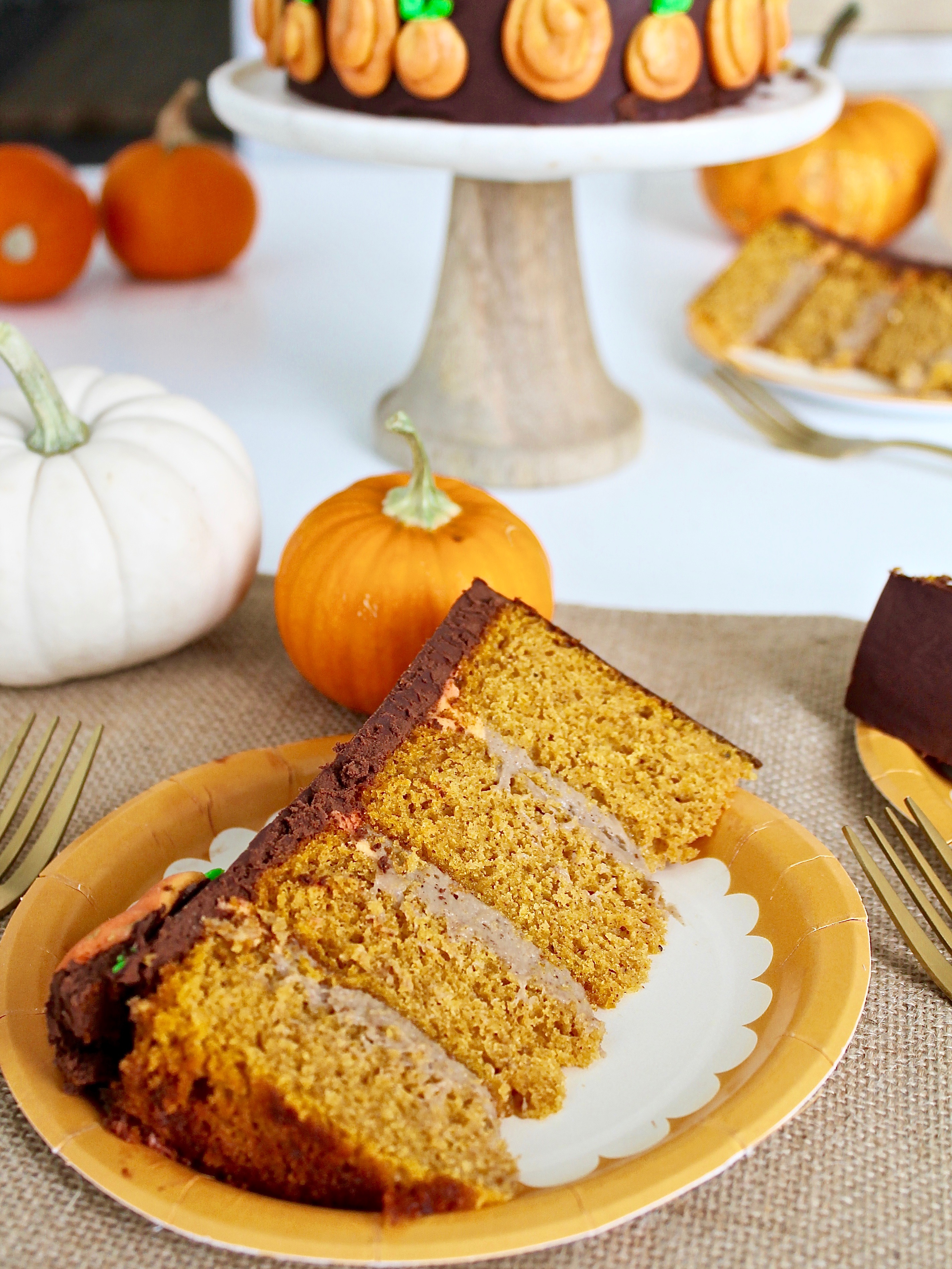 And finally, for the filling, feel free to make that ahead of time and give it some time to set in the refrigerator. It will still spread nicely but will be more stable if you give it some chill time. 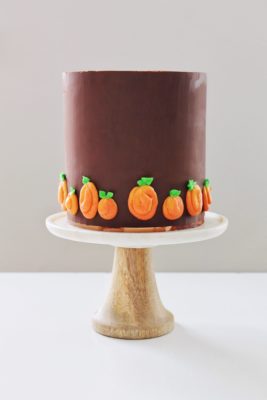 For the Cake (adapted from Sweetapolita)

FOR THE MAPLE CINNAMON CHEESECAKE (adapted from Milk Bar)

FOR THE MAPLE CINNAMON CHEESECAKE