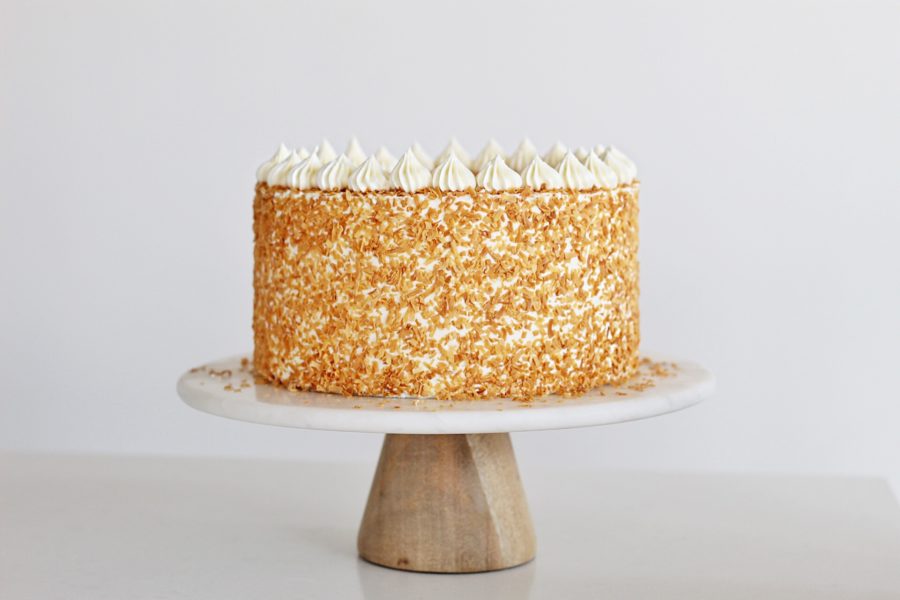 I love revisiting some of my older cake recipes and introducing them to so many of my new friends here. This coconut cake is a few years old and has been on my list to revisit for months now.

I originally came up with this recipe a few years ago for a friend’s wedding. I remember it being full of flavor. However, it was a little more dense than I imagine the perfect coconut cake to be. With the idea of lightening the texture a bit, this cake has been on my mind for a while now. 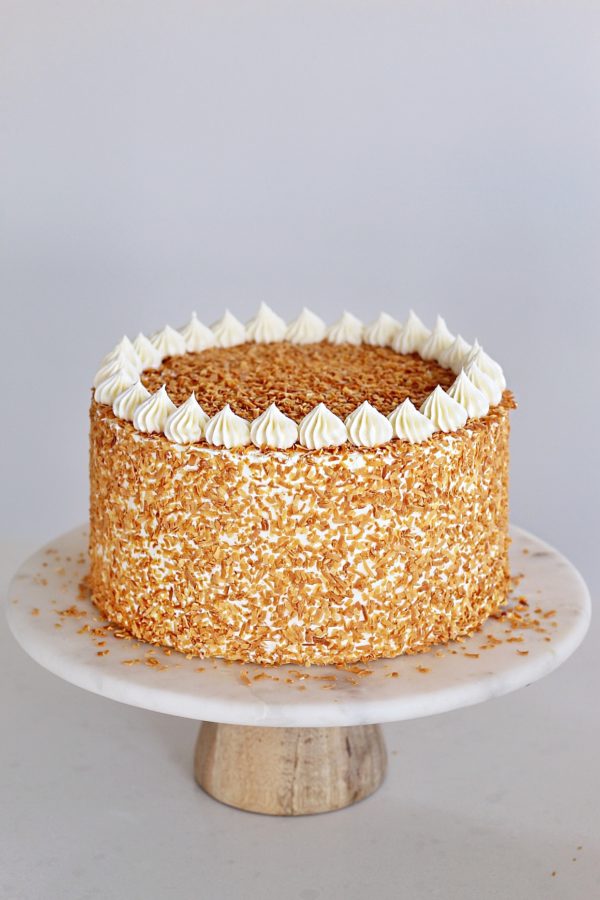 As I looked at my old coconut cake recipe, I spotted a major problem. The quantity was off for three 8-inch pans. I also noticed that in the original recipe, I had a lot of liquids and fats and not quite enough flour. This was probably why it was on the denser side. When I started my first round of recipe revisions, I  added more flour and sugar right off the bat. I also tried using cream of coconut (the bottled kind I like for my frosting), instead of the canned coconut – simply because I love the flavor in my frosting. 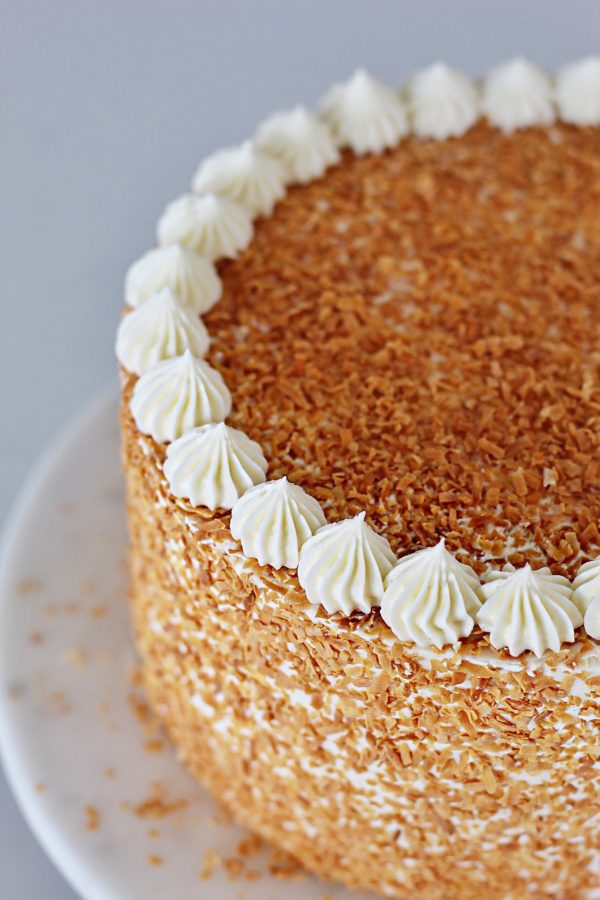 However, with the addition of granulated sugar and the bottled cream of coconut (which also has a lot of extra sugar), my cake sank. The flavor was awesome, but the cake sank and that was a no-go. 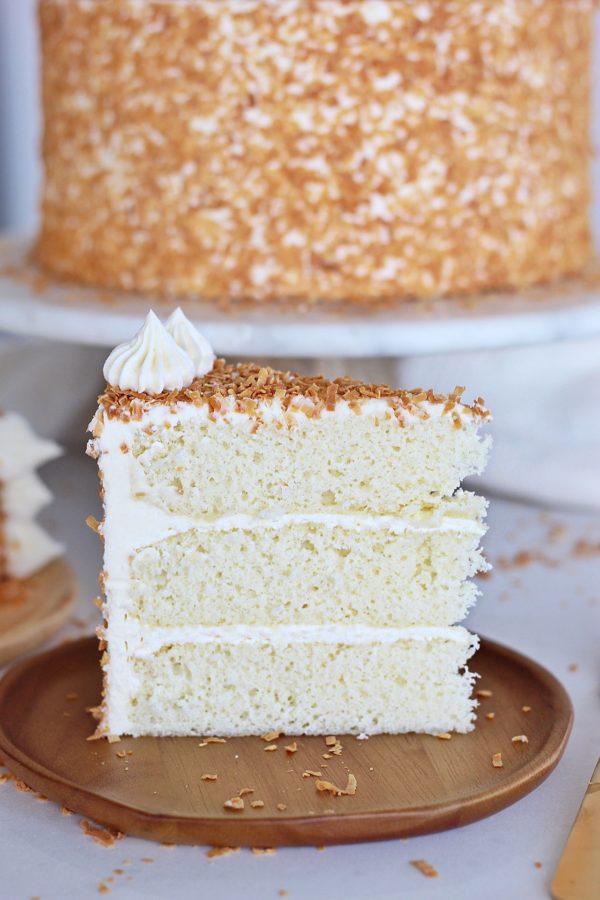 I cut back on the granulated sugar (which tends to weigh cakes down), took out the coconut oil (not sure it was really adding anything), and kept the bottled cream of coconut. The cake still sank a little. It was also a bit overly sweet, so I decided to go back to the canned coconut cream I originally used. The canned coconut cream isn’t as sweet, but has a delicious coconut flavor. 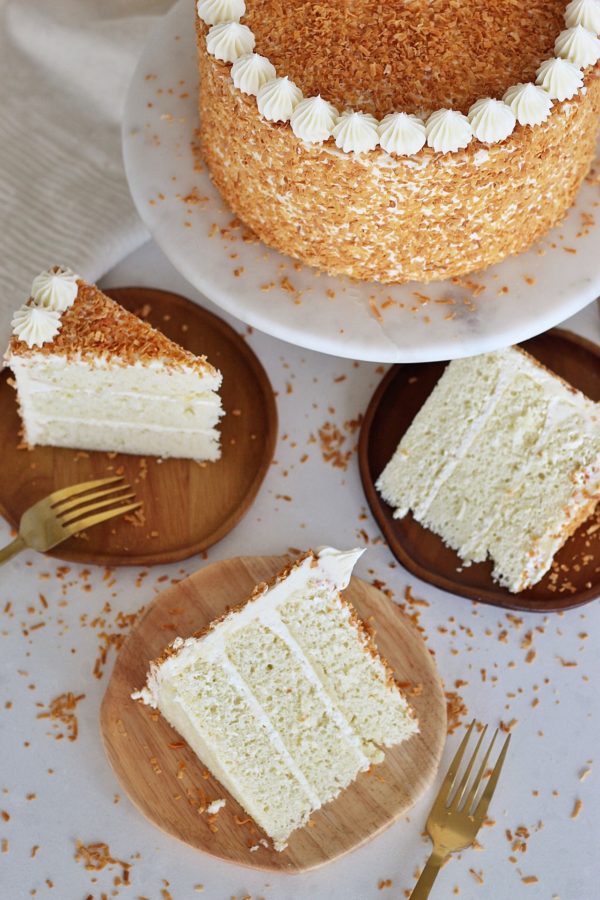 For round 3, I used a cup of canned coconut cream, cake flour, granulated sugar, all egg whites and a little more baking powder. This combination of ingredients are what I hoped would help get my cake to rise nicely, taste amazing, and have a light and fluffy texture. 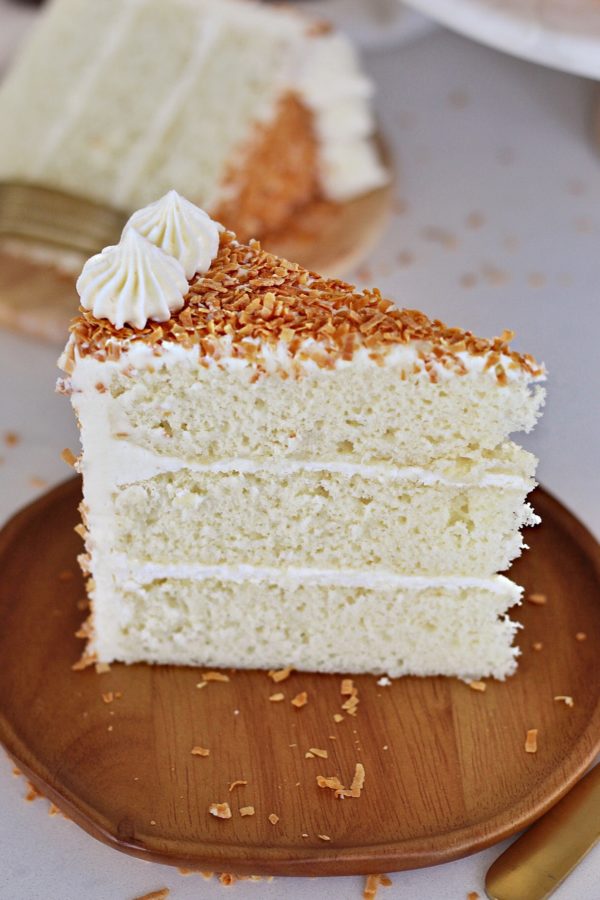 And sure enough, success! 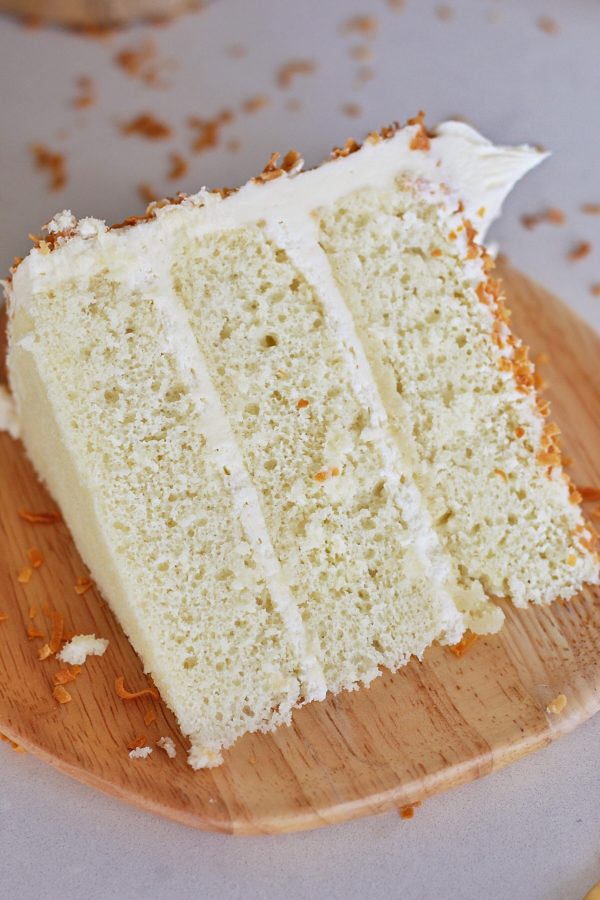 I am so pleased with how my new version of my Coconut Cream Cake turned out. The flavor is truly amazing and the texture is now light and fluffy! I’ve added my coconut buttercream to cover the top and sides from my Almond Joy Cake and am personally rating this cake a 10! 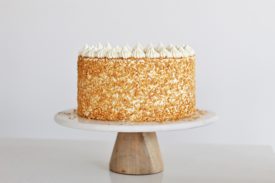 FOR THE COCONUT BUTTERCREAM

FOR THE COCONUT BUTTERCREAM