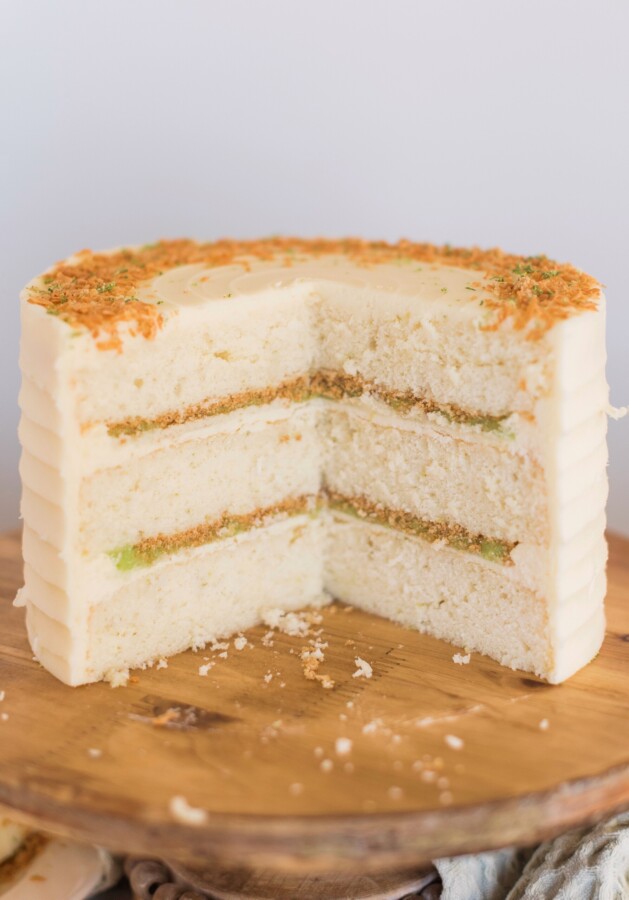 Resharing my Coconut Key Lime Pie Cake as green is in the air with St. Patrick’s Day around the corner and this pop of green from the lime curd is just so fun!

The idea for this cake originally came from my stepdad. He is the biggest fan of key lime pie. For months and months he begged me to do a key lime cake, but I keep putting it at the bottom of my cake list because the flavor didn’t really speak to me (probably because it’s a pie flavor and pie isn’t really my cup of tea, as you know).

But as I started to think about this flavor, I realized the reason I was hesitating to make this particular cake was because I couldn’t figure out what I wanted in it. 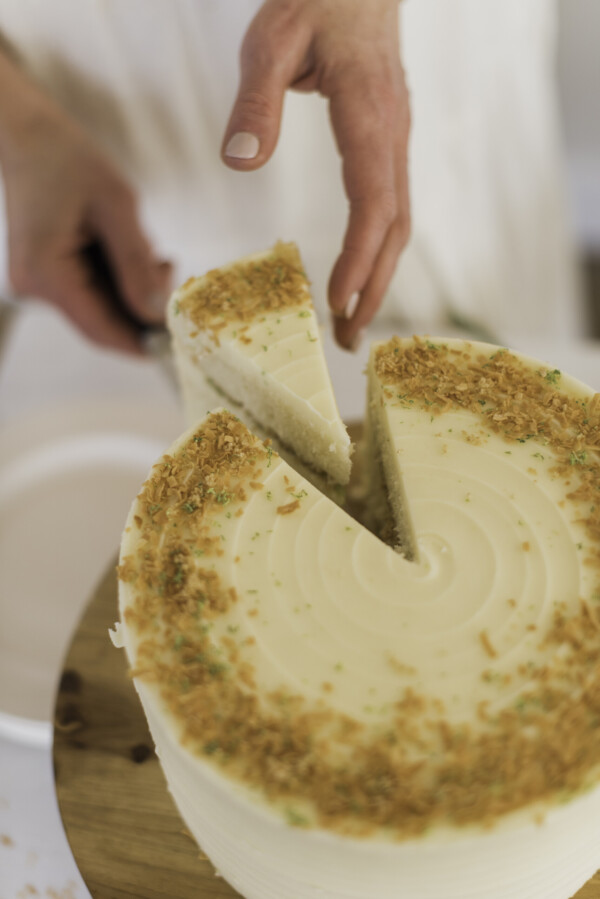 I was later at Porcupine Grill in Salt Lake with my mom and stepdad, and per usual, Garry ordered the key lime pie for dessert. I took a bite to see if his love of the dessert had rubbed off on me at all. And while I didn’t suddenly love key lime pie, this bite did turn a light bulb on in my head!

The cake itself didn’t need to be lime flavored like I was originally stuck on. This cake just needed a lime element to it. Something with a real lime flavor like you get from the custard in the pie. It also occurred to me that I definitely needed a graham cracker crust. The one element of the pie I decided not to throw into the cake was the meringue topping. It’s too airy and flavorless for a cake, in my opinion.

So without the meringue element, I started to brainstorm other flavor combinations and quickly settled on coconut as the companion to the key lime. With coconut and graham cracker crust in the mix, I was ready to make this cake. 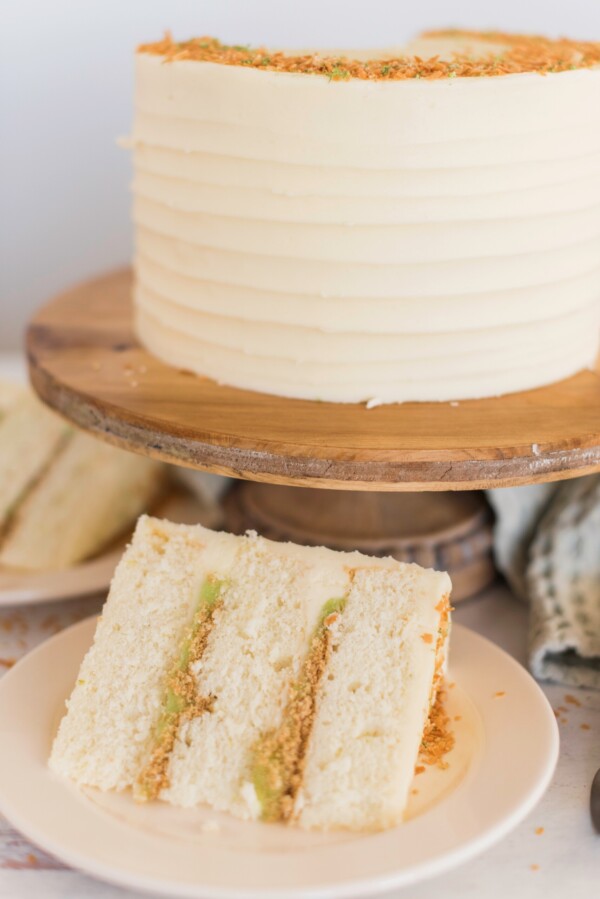 The graham cracker crust is the same one I use for my Ultimate S’mores Cake and bakes beautifully with the moist and tender coconut cream cake on top.

UPDATE: However, I know that it can be difficult to cut through the crust on the bottom of the cake, so I’ve updated the recipe to include the option of making graham cracker crumbs to use between cake layers instead. The option for the graham cracker crust is still there. I just wanted to make sure you had options. 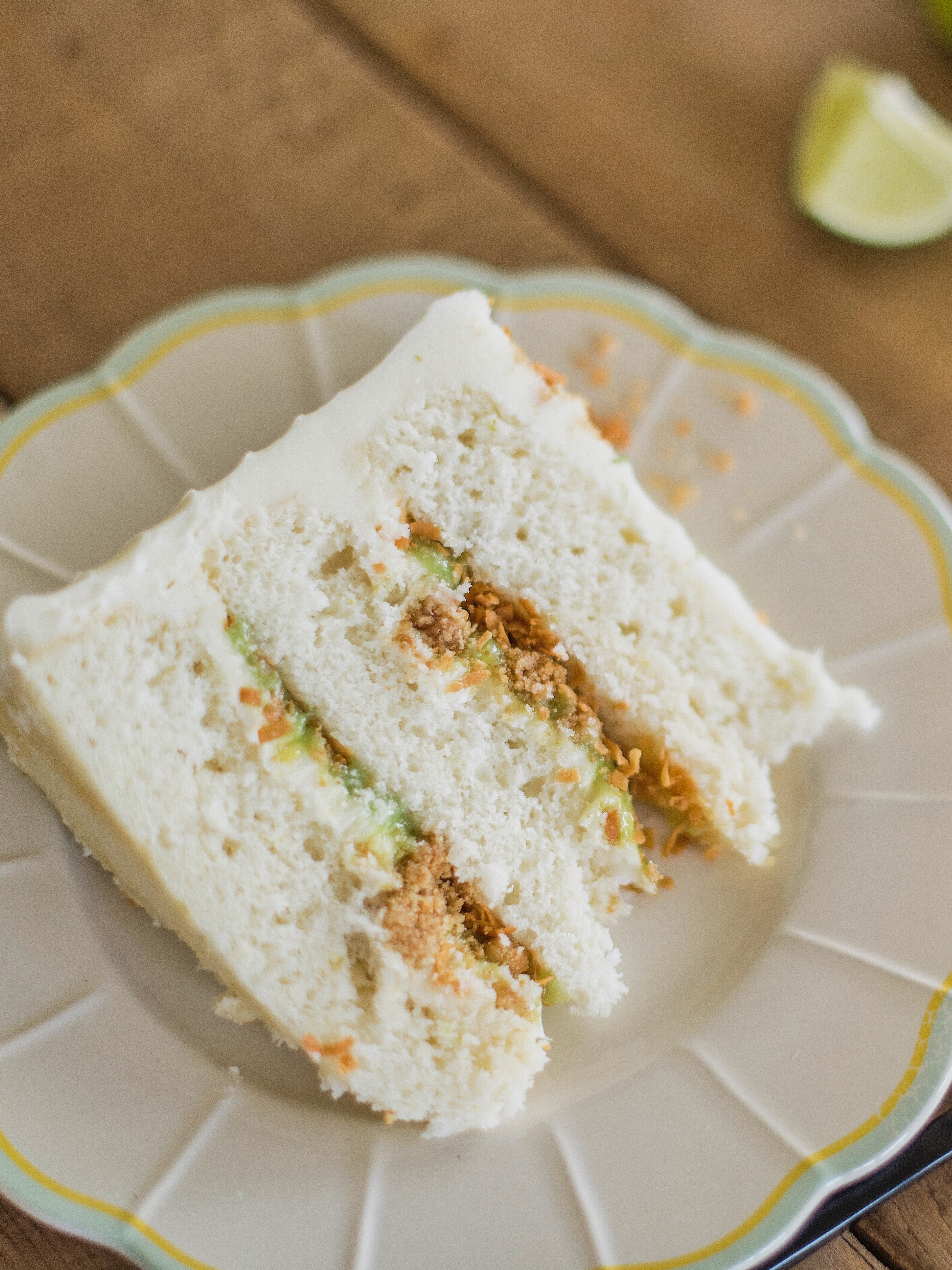 I also did a coconut buttercream that I flavored with coconut emulsion for a soft, creamy coconut flavor. The tart key lime curd in between each layer provides a nice balance to all the sweetness in the buttercream and cake. I also decided to throw in some toasted coconut – simply because I love different textures in my cake.

Just take a look at all those scrumptious layers! (This is a look at the old version with the graham cracker crust). 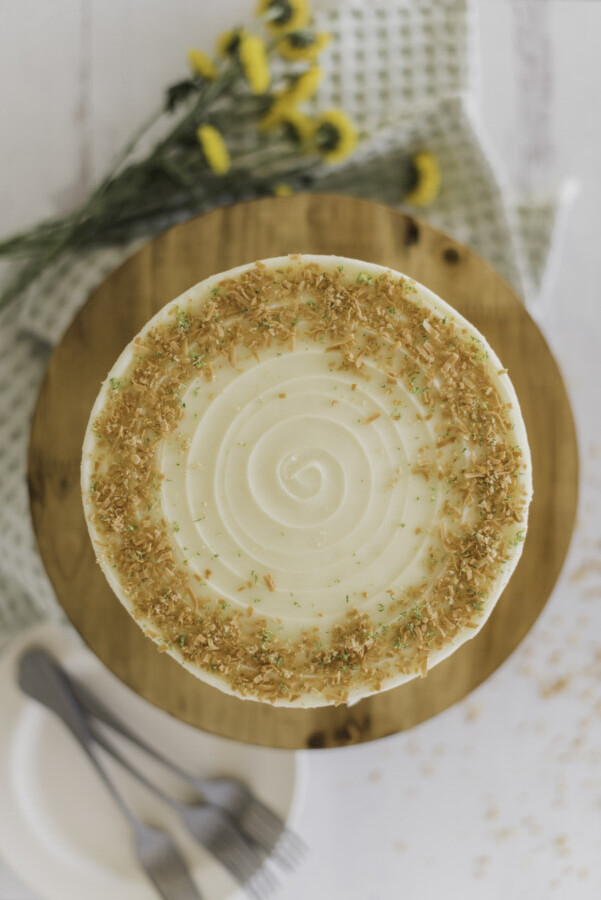 After finishing the cake, I was excited to get my hands on the scraps and create a sample piece for myself. I’ll be honest, I was hoping to at least like it, but didn’t expect to love it… but you guys, I seriously died over this cake! I couldn’t stop eating it and literally danced around my kitchen I was so excited about this cake!

The cake layers are moist, the curd is subtly tart, the buttercream is incredibly silky, and the graham cracker crust and toasted coconut are the perfect accents to this pie turned cake! 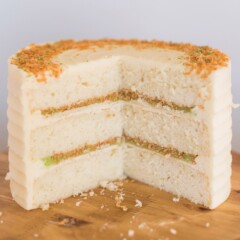 FOR THE LIME CURD

FOR THE COCONUT LIME CAKE 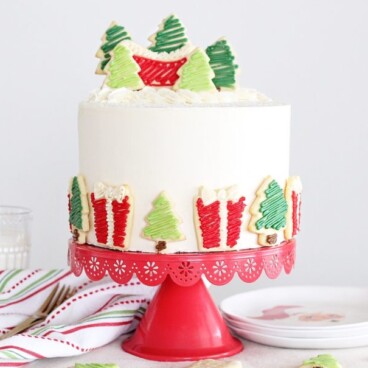 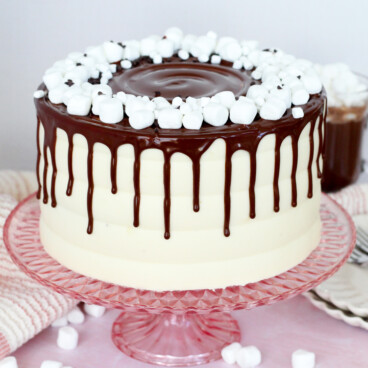 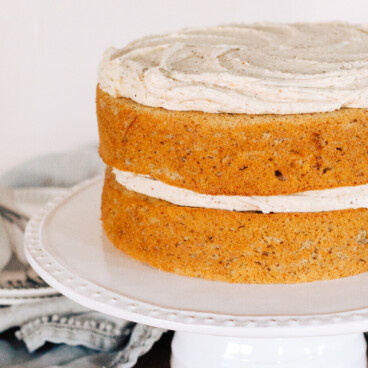 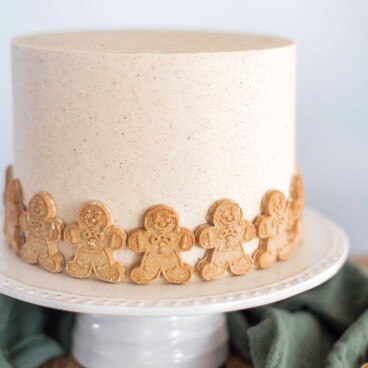