It became a well-know treat thanks to the 1998 version of the Parent Trap with Lindsay Lohan, but dipping Oreos in peanut butter has been a thing in my house long before that. Because for me, peanut butter goes with everything and I’d like to think I’ve succeed at trying it with just about everything!

Putting the two in a cake together was a no-brainer and something I should have done a long time ago! We can all thank my friend, Rosanna, for not letting up on this request and getting me to finally whip it up.

The elements of this cake actually aren’t new, it’s the combination that is. For the cake layers and filling, we’re using my Cookies and Cream Cake. The one change I made to the filling recipe is that we’re using Peanut Butter Oreos instead of regular. The Peanut Butter Buttercream is also a favorite of mine and is one I use on many of my cakes.

You’ll also notice that this cake is HUGE! I wanted to make sure I got the cake, cream filling, and buttercream in every bite, so I made this a six layer cake with a double batch of cake batter.

If you’re using a stand mixer and the bowl is smaller than a 6 qt, I’d recommend splitting the recipe in half and making it in two batches. When you try to double batches of batter in a smaller bowl, like a 5 qt., you won’t have enough room in the bowl to mix the ingredients evenly. This can result in uneven cake layers as they bake and sunken centers. 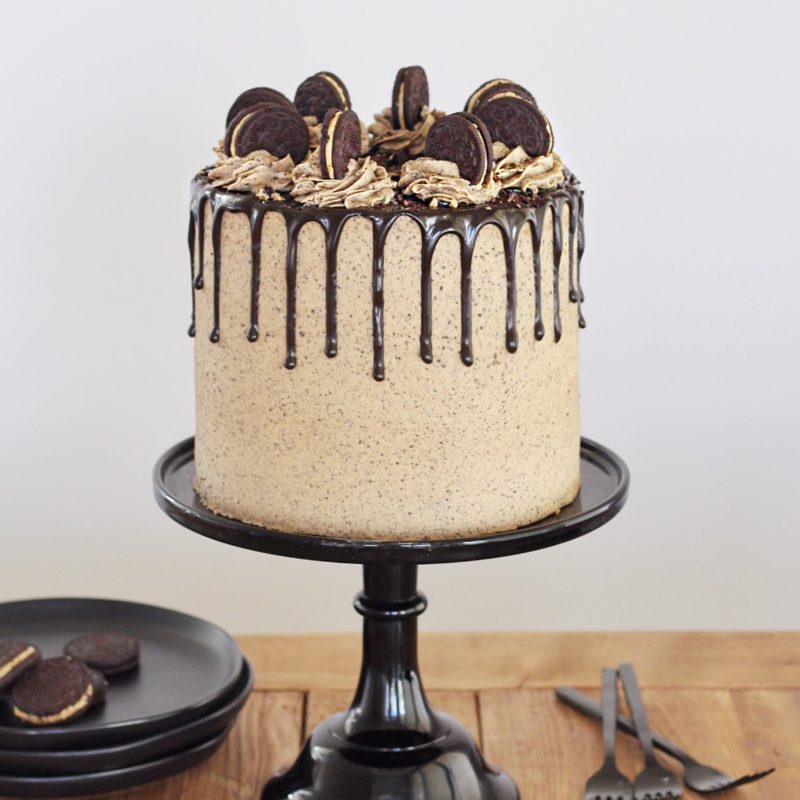 FOR THE OREO CREAM FILLING

FOR THE PEANUT BUTTER BUTTERCREAM

FOR THE OREO CREAM FILLING

The Most Delicious Apple Cider Donut Bundt Cake for Fall

The Most Delicious, Life-Changing Chocolate Cake