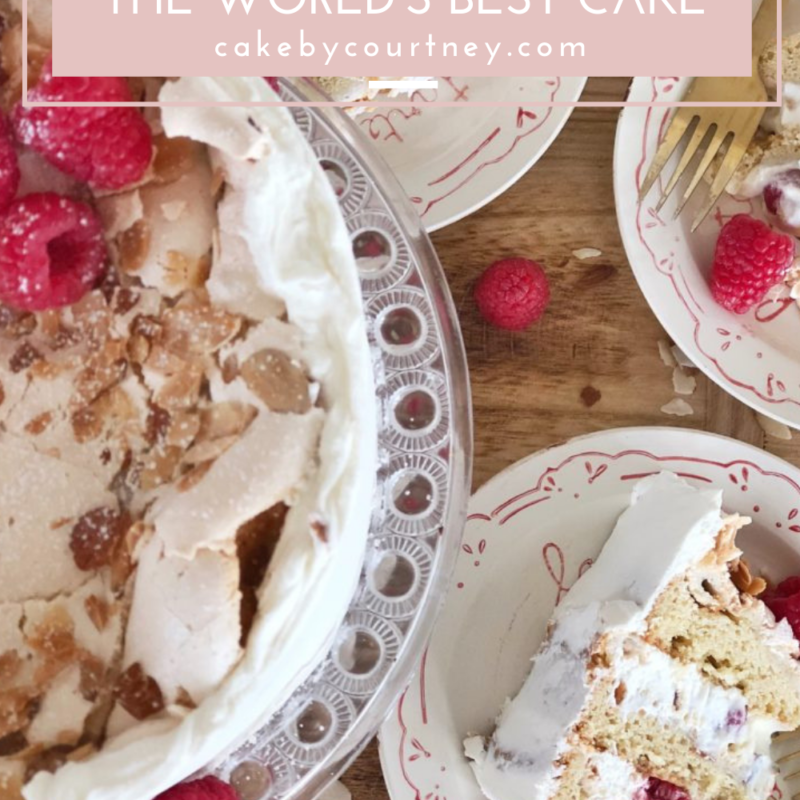 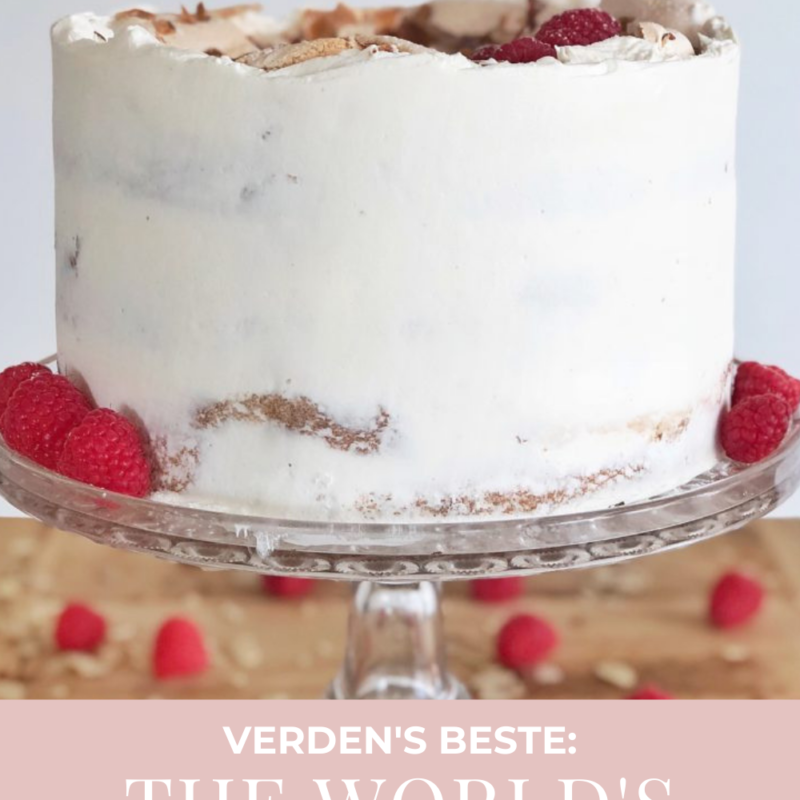 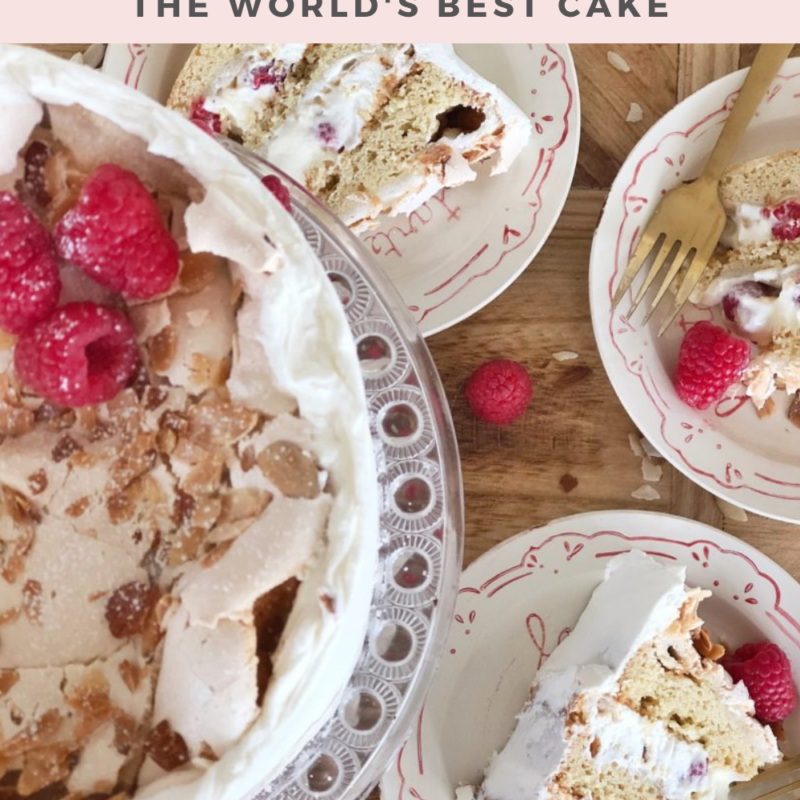 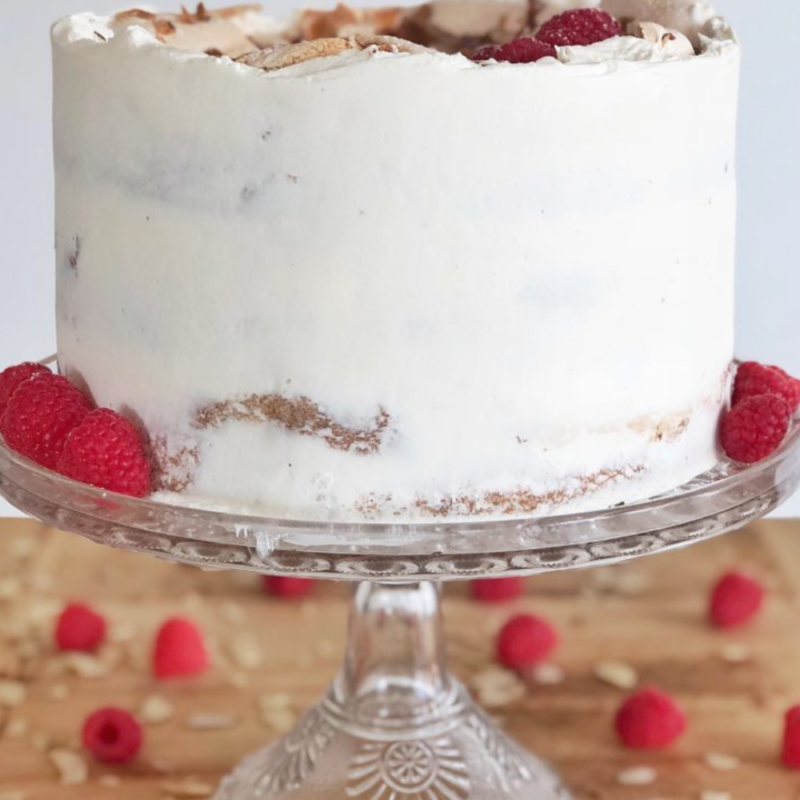 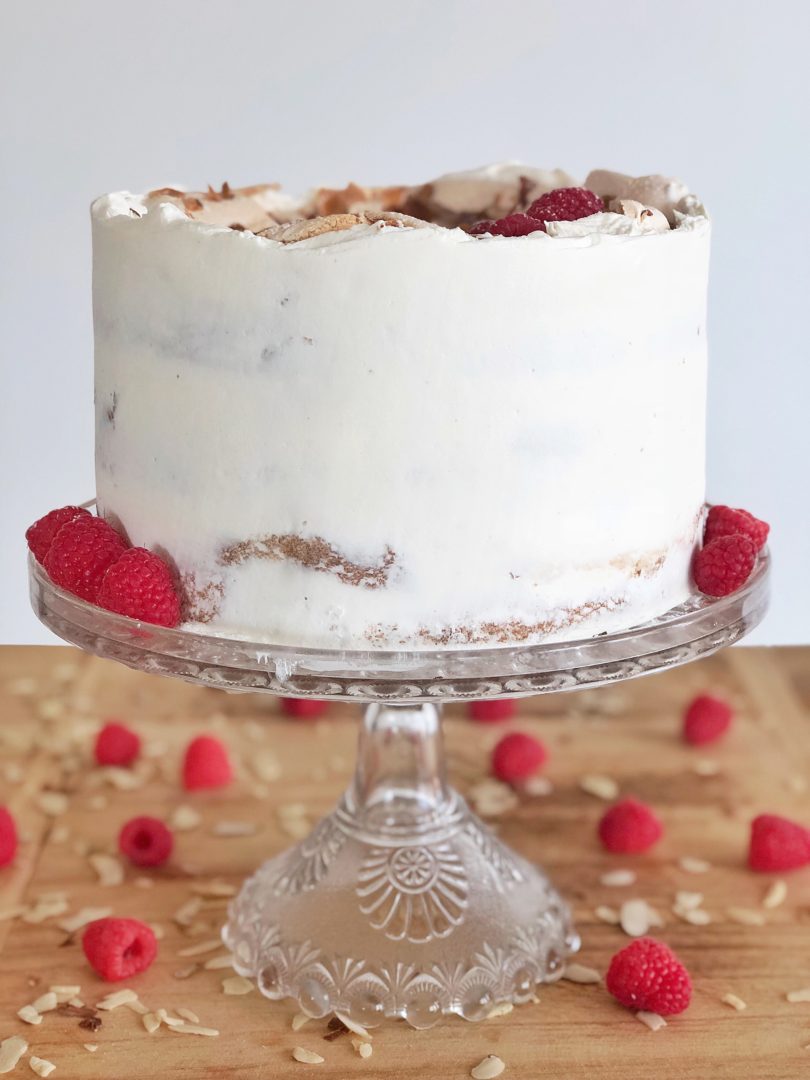 I often get asked what inspires my cakes. To be honest, more often than not, I’m inspired by my own taste buds. I love to create cake flavors that I’m excited about: flavors and texture combinations that I know I personally will love (and hope you will too). Sometimes these flavor combinations are inspired by other types of desserts like cookies, pies or ice cream (i.e. my Tonight Show Cake, my Peach Crisp Cake or my S’mores Cake). Other times my flavor combinations are inspired simply by the idea (and hope) that piecing together different favorite flavors of mine will taste good together (i.e. my Everything but the Kitchen Sink Cake or my Banana Nutella S’mores Cake). No matter where the inspiration comes from or what the creation ends up being, the best part of making a cake is the memories created with it. (Well, that and eating it, of course!). 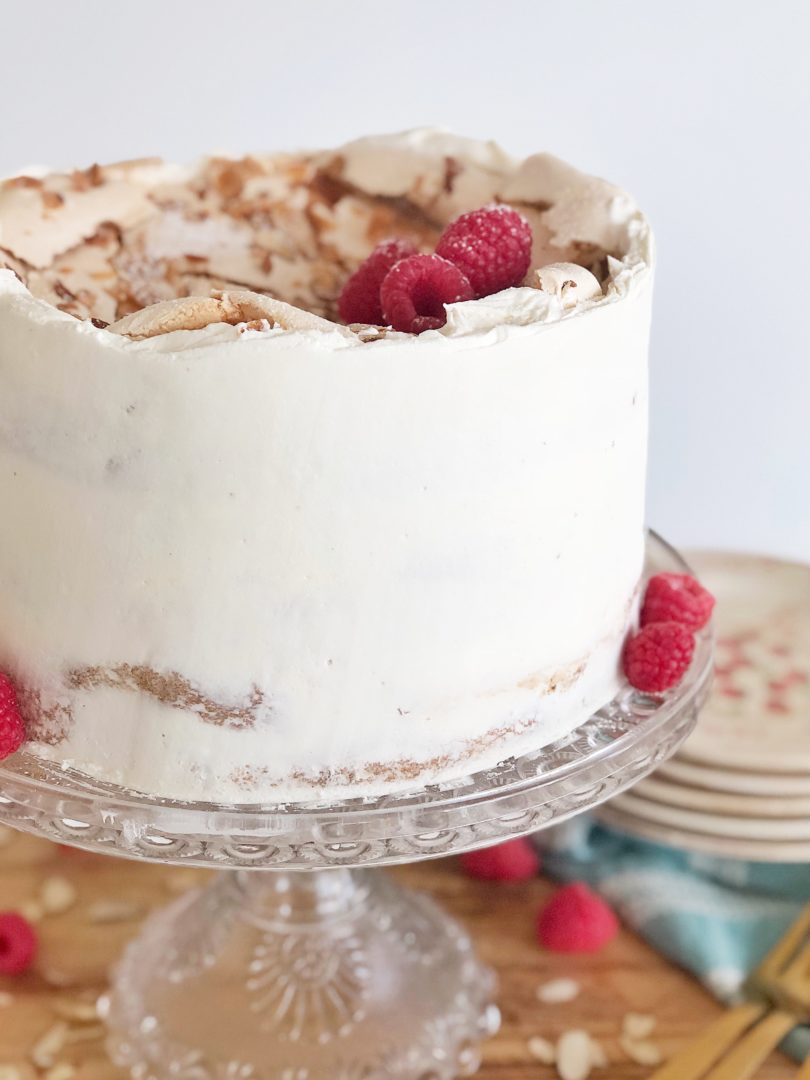 Like many of you, I grew up baking and cooking in the kitchen with my family. It’s a place that holds some of my dearest memories. Sometimes we were trying new recipes and other times we were making family favorites, like my grandmother’s strawberry jam. The kitchen was always a happy place for me.

Now, in my kitchen, with my own children, I hope to create those same happy memories. I’m excited to teach them how to make recipes my mom taught me, and that her mom taught her, and that my great-grandmother taught my grandmother. I think it’s so fun to hear the stories behind the recipes. I love that through food, I have a connection to the generations before me. 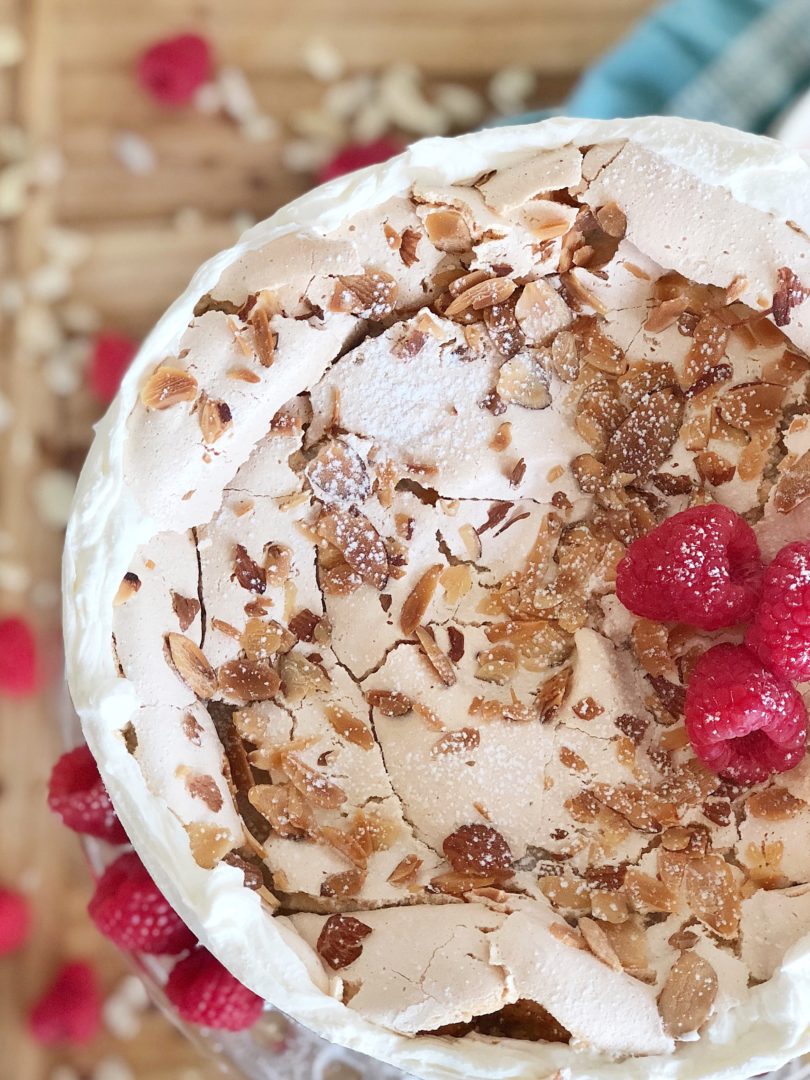 All this brings me to today’s cake. A few weeks ago, Ancestry asked if I would be interested in taking a DNA test and creating a new cake or dessert based on my heritage. Um, yes!

I can’t even begin to tell you how excited I was to do this. My mom is a genealogy guru and has done a lot of family history work for my family. Because of her, I’ve always had a general idea of my heritage, but with AncestryDNA, I was excited to learn even more because they can find your origins in more than 350 regions around the world. They also have two times morethe geographic detail than other DNA tests. 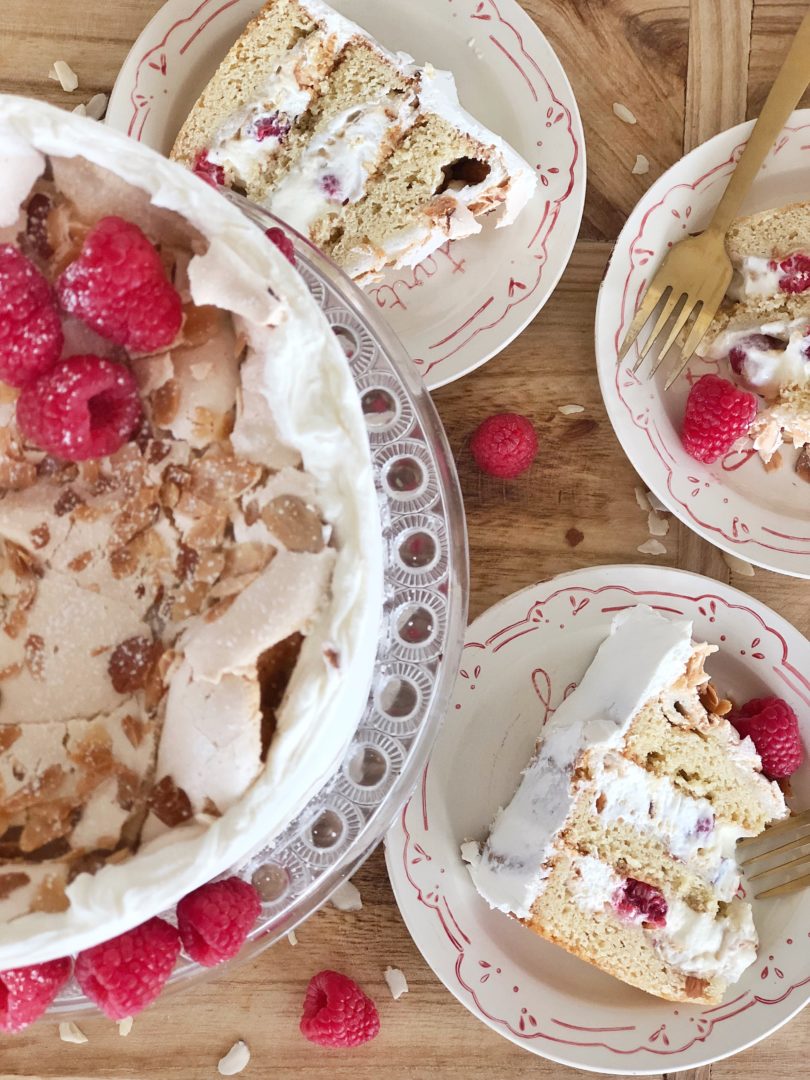 The Ancestry DNA test was so easy to take and send back in. All I had to do was spit into a tube and use the pre-paid box to mail it in. A few weeks later, I had my results. And to be honest, I was really surprised!

I knew I had some Scandinavian in me, but I had no idea how much. Nearly 50%!!! The results show that this is mostly from Central Norway, but matches some Dutch and Swedish heritage as well. I was floored!

I also found out that there’s some Europe West (Belgium, France, Germany, Netherlands, Switzerland, Luxembourg, Liechtenstein) and then some Irish and Welsh, and even Portuguese and Spanish influence.

As I read through my results, this fire inside me was sparked and I wanted to know more! My heritage all of a sudden became more real. I’m so eager to learn even more about my heritage. 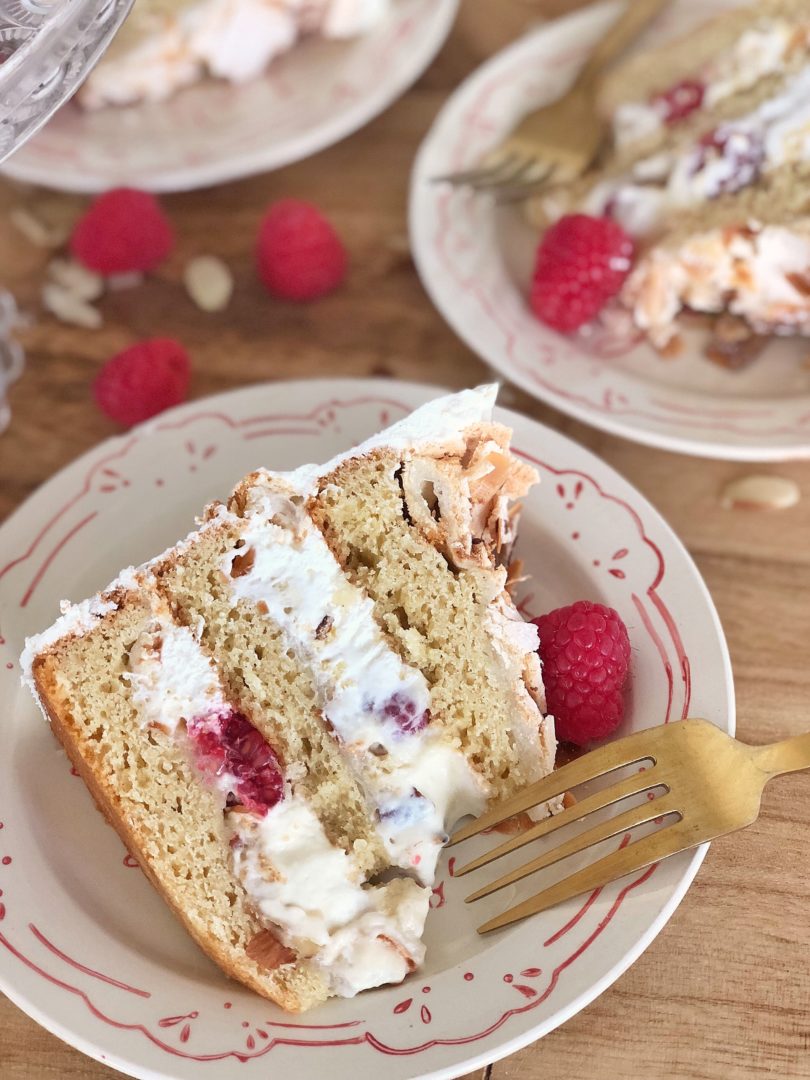 With nearly 50% of my heritage coming from the Scandinavian region and mostly Central Norway, I knew I wanted this cake to have Norwegian influence. I scoured the internet to learn about Scandinavian desserts. The more I researched, though, the less inspired I became. To be honest, none of the desserts from my line of blood were speaking to me. There’s a lot of pastries and most everything has berries or a berry sauce.

It wasn’t until I came across a cake deemed by Norwegians as “Verdens Beste,” or in English, “The World’s Best Cake.” The name of this cake is Kvæfjordkake, which I’ve tried pronouncing a dozen times but can’t even get close to saying it right, so I’m sticking with World’s Best Cake.

This traditional Norwegian cake is made up of a buttery sponge cake layer with meringue baked right on top. It’s typically made in a half sheet pan and baked together for just 30 minutes. Once baked and cooled, you just cut it in half so you have two rectangular pieces. You then spread some cream or custard on top of one layer and place the second layer on top. 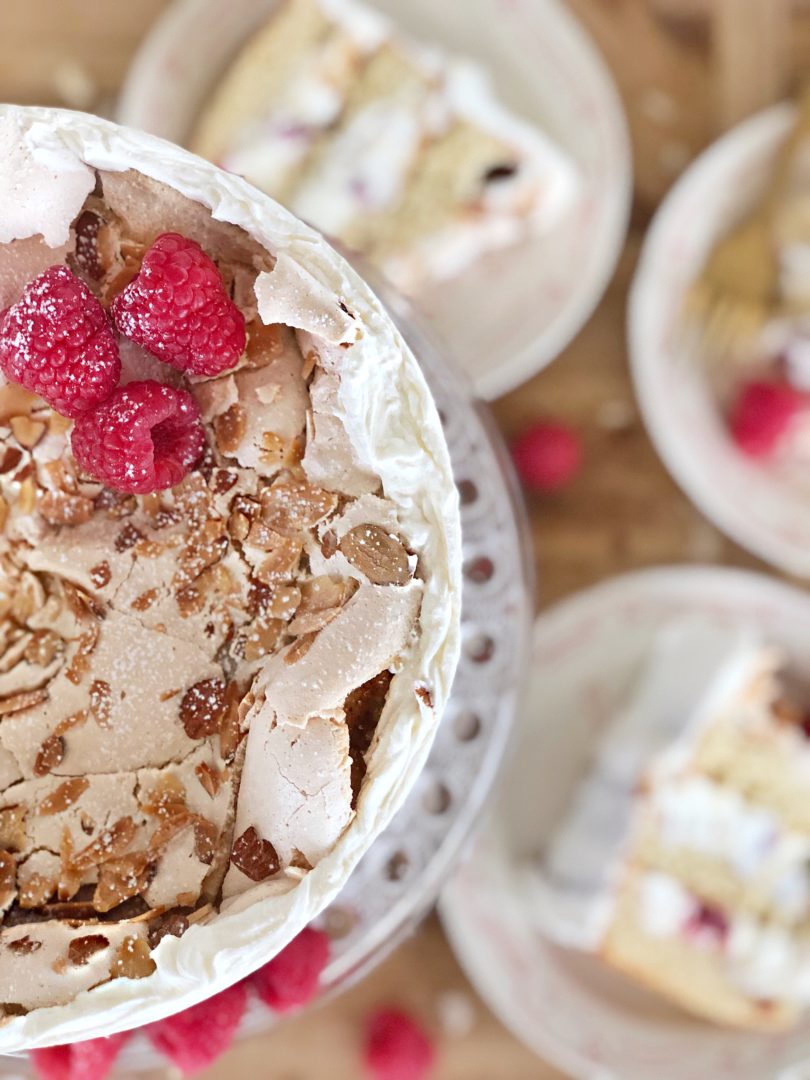 My Take on The World’s Best Cake

The idea of baking meringue on top of the cake was so interesting to me. The combination sounded like an awesome flavor and texture combination. So I had to give it a shot.

I looked at about a dozen recipes for this cake and wrote up my own version based on what I learned. Also, I made a couple changes to the traditional way of making this cake. For starters, I decided to use some almond flour and cinnamon in the cake layers to compliment the almonds that go on top of the meringue.

I wanted to make this like one of my layered cakes, so I baked the layers in three 8-inch cake pans.

For my filling, I made a vanilla custard and used fresh raspberries.

So, how does it taste? Is it the World’s Best Cake?

That’s a pretty lofty title to give any cake, so I’m not sure I could give this cake that title. But I will tell you that this cake is truly incredible. With the buttery, soft cake layers and the crunch of the airy meringue, the flavor and texture combination in this cake are one of my favorite to date.

And heads up! Ancestry is having an awesome summer sale, now through August 20th. DNA tests are currently $59 instead of $99. You can check it all out HERE. 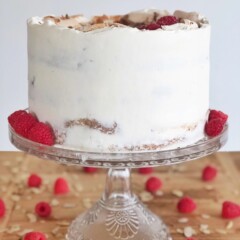 For the vanilla custard:

For the whipped cream:

For the Vanilla Buttercream 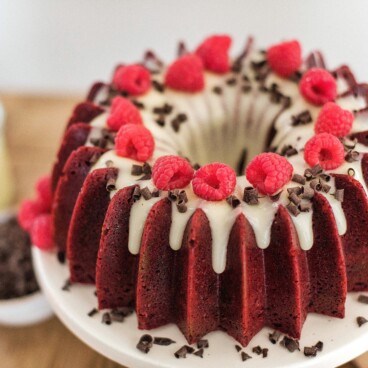