Both reactions were exactly what I was looking for!

We thought about cake, of course, but I have a lot of peanut butter cakes.

Plus, I didn’t think a cake would do this justice. We need that melted, gooey peanut butter element.

What is Monkey Bread

Monkey bread is a gooey pull-apart bread made from balls of dough rolled in cinnamon sugar and arranged in a bundt pan. Often times, you top it with a buttery caramel sauce or brown sugar sauce before baking.

To turn this traditional breakfast treat into my dreamy peanut butter monkey bread, I’m using a mixture of peanut butter and butter as a coating on each ball of dough, PLUS rolling each dough ball in brown sugar and cinnamon.

Prepare the dough – to prepare the sweet roll dough, you’ll combine the all-purpose flour, warm milk, instant yeast, sugar, butter, eggs, and salt in a mixing bowl. I throw everything into my electric mixer and then let the mixer and the dough hook do all the work. If you’re mixing by hand, make sure to knead the dough for a couple minutes.

Punch down the dough – once the dough has doubled in size, punch it down and pull small sections away to create your balls of dough. Each ball should be about 2 to 3 inches big. You’ll end up with about 45, but don’t stress if your number if off a little.

Stack the dough – after you dip each ball of dough into the coatings, you’ll fill a bundt pan with the dough. You’ll get about two layers of the dough. When the balls of dough are layered, you can pour the remaining peanut butter sauce on top.

Substitute: How to Make Monkey Bread with Premade Pillsbury Dough

If you’re in a pinch and don’t have time to make the homemade sweet roll dough? No worries, this recipe can easily be made with premade Pillsbury dough.

Separate dough into 16 biscuits and then cut biscuit into quarters. Dip each quarter into the peanut butter sauce, followed by the sugar mixture. Follow the same bake times/instructions.

Can’t wait to hear what you think! 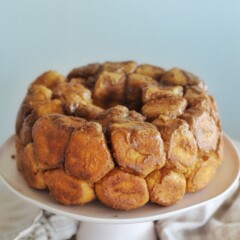 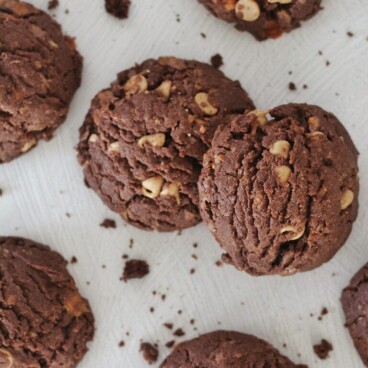 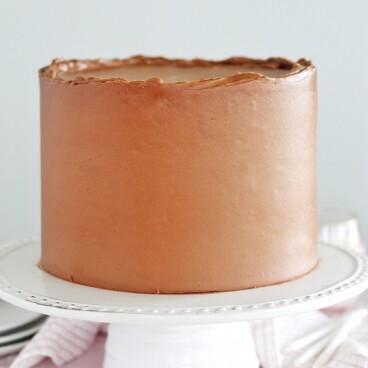 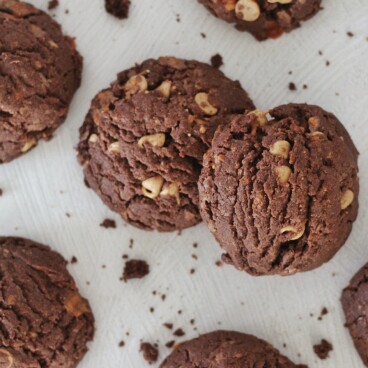 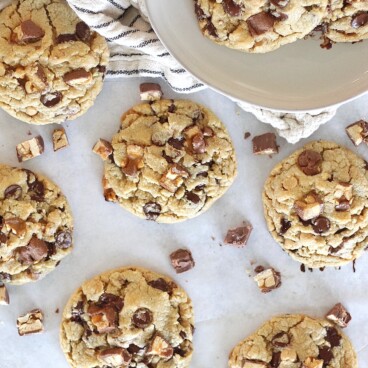